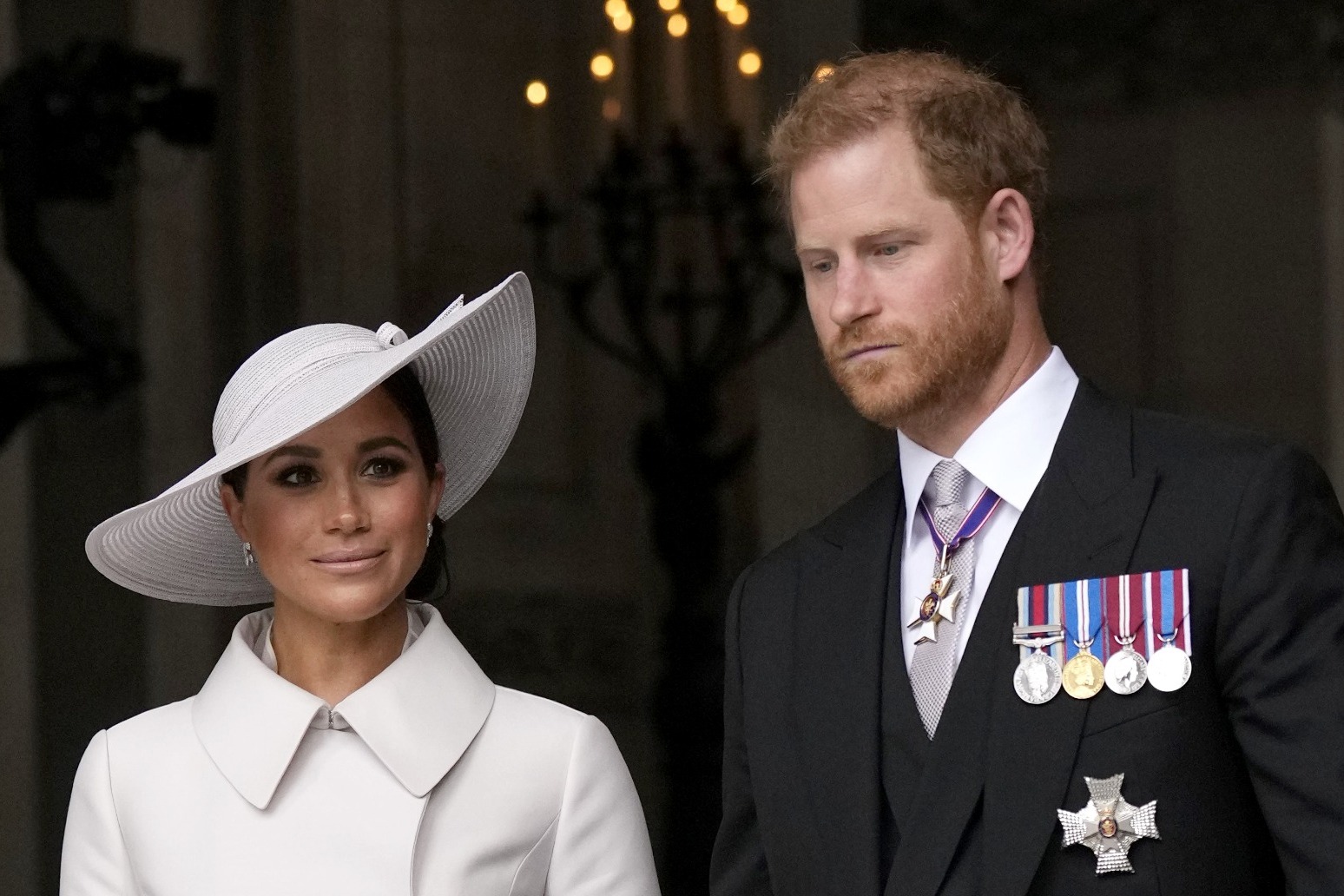 A High Court judge is overseeing a preliminary hearing after the Duke of Sussex made a libel claim against a newspaper publisher over articles about his legal case against the Home Office.

Harry is suing Associated Newspapers Limited (ANL), publisher of the Mail on Sunday and MailOnline, over stories written following a hearing in the duke’s separate High Court claim over his security arrangements when he is in the UK.

Associated Newspapers is disputing the claim.

Mr Justice Nicklin is overseeing a hearing at the High Court in London and considering a number of preliminary issues: the “natural and ordinary” meaning of the parts of the articles in the claim; whether they are a statement of “fact or opinion”; and whether they are defamatory.

Barrister Justin Rushbrooke QC, who is leading Harry’s legal team, told the judge, in a written case outline, that Harry had brought the claim following a website article and an article in the Mail on Sunday in February.

He argued both articles were “defamatory” and meant that Harry had “lied”, had “improperly and cynically” tried to manipulate public opinion, and had “tried to keep his legal fight with the Government secret from the public”.

In his written claim filed with the court, Harry said the reporting allegedly caused him “substantial hurt, embarrassment and distress which is continuing”.

Harry is bringing his separate claim against the Home Office after being told he would no longer be given the “same degree” of personal protective security when visiting from the US, despite offering to pay for it himself.

He is arguing that his private protection team in the US does not have adequate jurisdiction abroad or access to UK intelligence information which is needed to keep his family safe.

However, Robert Palmer QC, for the Home Office, previously told the court the duke’s offer of private funding was “irrelevant” and that “personal protective security by the police is not available on a privately-financed basis”.

He added: “… namely that the claimant lied in his initial public statements to the effect that he had always been willing to pay for police protection in the UK, when the true position, as revealed by High Court documents, was that he had only made such an offer recently, after his dispute had started and after his visit to the UK in June 2021.

“Improperly and cynically tried to manipulate and confuse public opinion by authorising his ‘spin doctors’ to put out false and misleading statements about his willingness to pay for police protection immediately after the Mail on Sunday had revealed he was suing the Government.

“Tried to keep his legal fight with the Government secret from the public, including the fact that he expected British taxpayers to pay for his police protection, in a way which was improper and showed a lack of transparency on his part.”

Mr Rushbrooke said Associated Newspapers disputed that the “reasonable reader” would understand the words complained of to “bear these meanings” or “any meaning defamatory” of Harry.

Barrister Andrew Caldecott QC, who led Associated Newspapers’ legal team, told the judge that the case concerned “the reasonable reader who is taken to have read the article once through”.

He said the text of the print and online versions of “the article” were “essentially identical”.

Mr Caldecott said, in terms of the “privacy issue”, the “article” set out a “short sequence of events”.

“There is no hint of impropriety on any sensible reading of the article,” he said.

“The claimant is not portrayed as seeking to keep the whole action secret.”

Mr Caldecott said that, in terms of the “PR spin on the dispute” issue, Associated Newspapers invited the judge to conclude that: “The article does not accuse the claimant of lying in his initial statement about offering to pay for his security.”

He added: “The article does allege that the claimant’s PR team spun the story (or added a gloss unduly favourable to the claimant) which led to inaccurate reporting and confusion about the nature of the claim.

“It does not allege dishonesty against them.”

He went on: “The defendant submits that, on the true reasonable reading of the article, the primary criticism is of the advisers not the claimant, and then not in terms of impropriety or dishonesty.”

Mr Caldecott told the judge that, on the “fact/opinion” issue, the “broad thrust of the defendant’s meaning is factual”.

He argued that the judge should hold that “the meanings” were “not defamatory” and dismiss the claim.