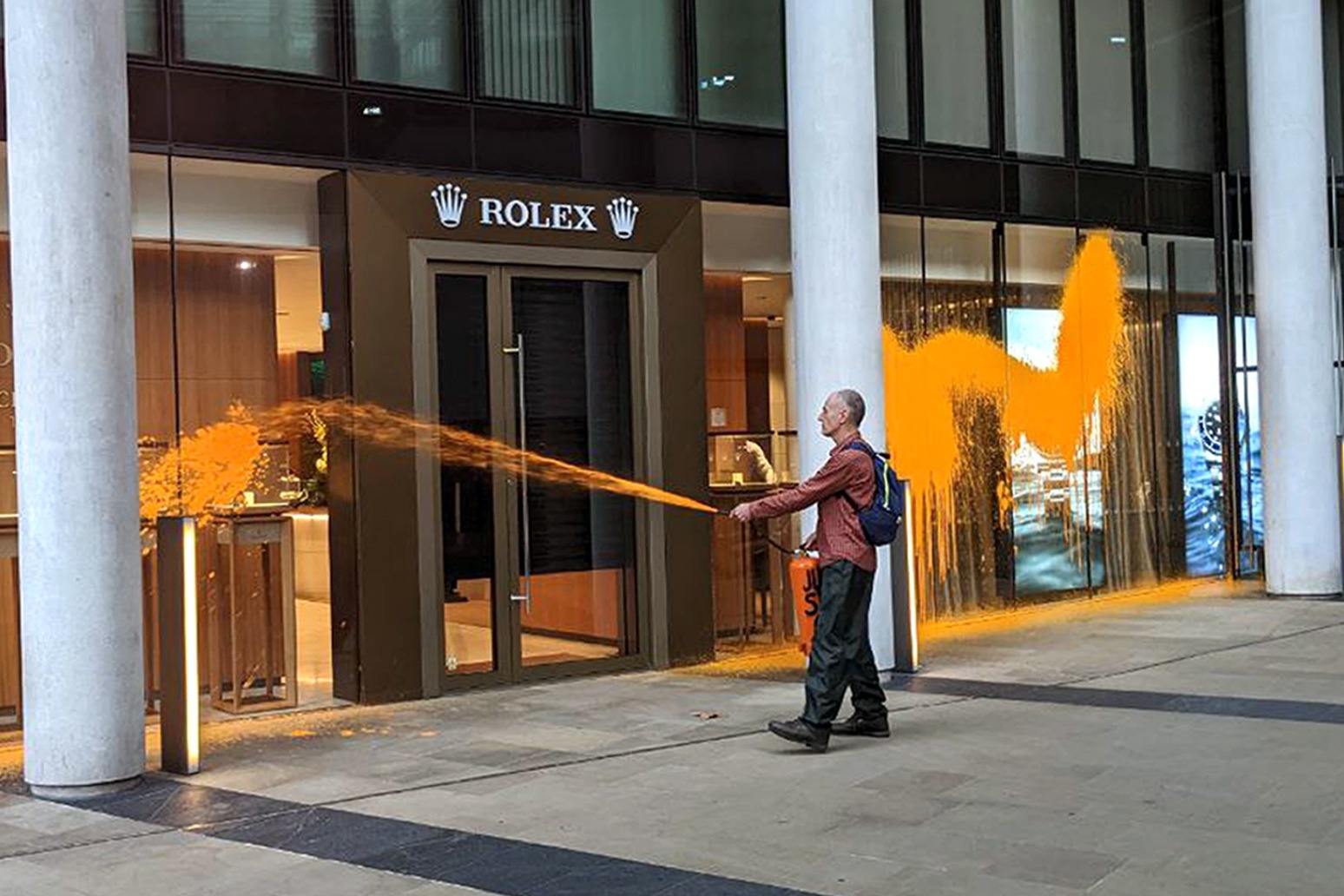 At 8.43am on Friday, two protesters sprayed orange paint from a fire extinguisher over the premises of Rolex in Knightsbridge.

Both were arrested on suspicion of criminal damage and have been taken into custody at a central London police station.

It came as the campaign group continues its month-long series of protests as it calls on the Government to halt all new fossil fuel licences.

The group says police have made over 600 arrests since they began their action at the beginning of October.

Adrian Johnson 56, a former deputy headteacher from Perthshire said: “The science is clear. The breakdown of the climate is here and it is due to the extraction and use of fossil fuels.

“Any new fossil fuel projects will cause irreparable damage to the climate. This may have already happened.

“And yet, this is the path our government is following by granting over 100 new oil and gas licenses. It makes no sense and it’s reckless beyond belief.

“That’s why I have decided to take action. I can no longer sit back and ignore it.”

Jennifer Kowalski 26, an environmental scientist from Glasgow said: “We do this because we want to protect the things and the people we care about.

“I’m not willing to stand by as the refusal to improve life for everyday people causes my loved ones to suffer.”