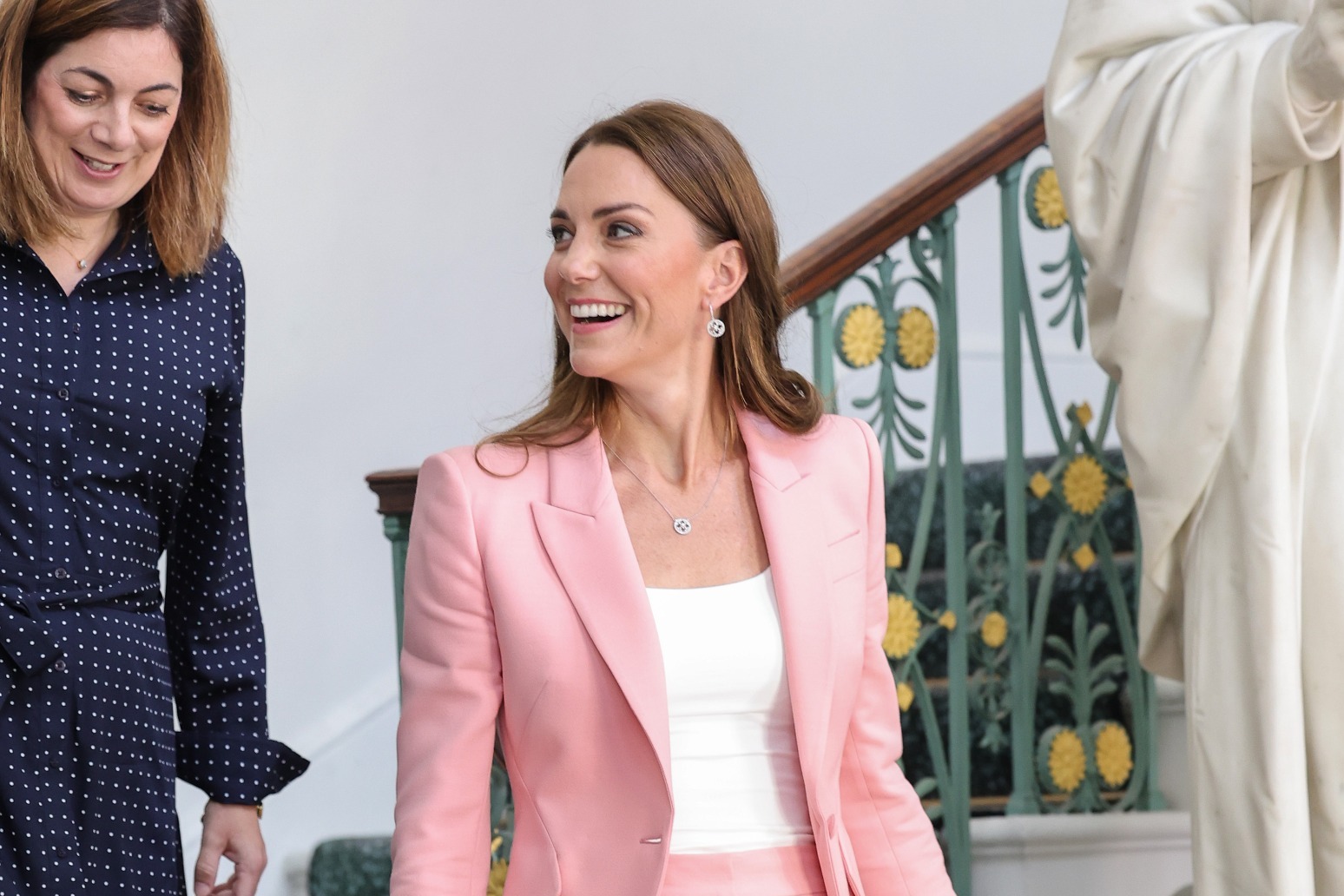 The Duchess of Cambridge says “addiction, self harm and suicide” could be avoided in later life if children are taught to properly manage their emotions.

Speaking to a group that included Health Secretary Sajid Javid, she called for education on mental and physical health to be given equal weighting to tackle “today’s toughest social challenges”.

It comes after a poll revealed that under a fifth of parents understood the “unique” importance of development in children under six years old.

Kate, who founded The Royal Foundation Centre for Early Childhood last year, made the remarks at a discussion with health experts and politicians at the Royal Institution in Westminster.

On her way inside, she passed a marble statue of Michael Faraday, who lectured in front of Prince Albert at the organisation’s headquarters in the 19th century.

Sitting opposite Will Quince, the minister for children and families, the duchess said: “The importance of early years is clearly underestimated.

“We know that only a minority of people understand the critical importance of the first five years of a child’s life, and this is what we really do need to change.

“If we can teach children to manage their emotions and feelings at a young age, it will help them avoid having to turn to addiction, self harm or suicide even in later life.

“Together we have a huge opportunity here to help shape the future.”

As she spoke, Mr Javid nodded and made notes in a book with the motto “The first step is to take one” printed on the front.

There is “definitely more to be done” on improving children’s cognitive development, he admitted.

“Because of the last two years and the impact of the pandemic … it’s given us even more work to do.”

According to Ipsos polling, commissioned by the royal foundation, almost half of the public believe there is not enough support for parents to help their children develop.

It also found that parents are much more likely to seek out help on physical rather than mental wellbeing.

In the past year, 35% have looked for advice on child nutrition, and 34% on vaccines, compared to just 21% and 23% on children’s social and emotional development.

“If we break down the barriers and stigma surrounding mental health, more parents and families will be able to access help and support,” the duchess said.

“We’re going to have to work holistically to build an ecosystem of early childhood support.

“Ultimately, this is about the adults they’ll become and the society they’ll form.”