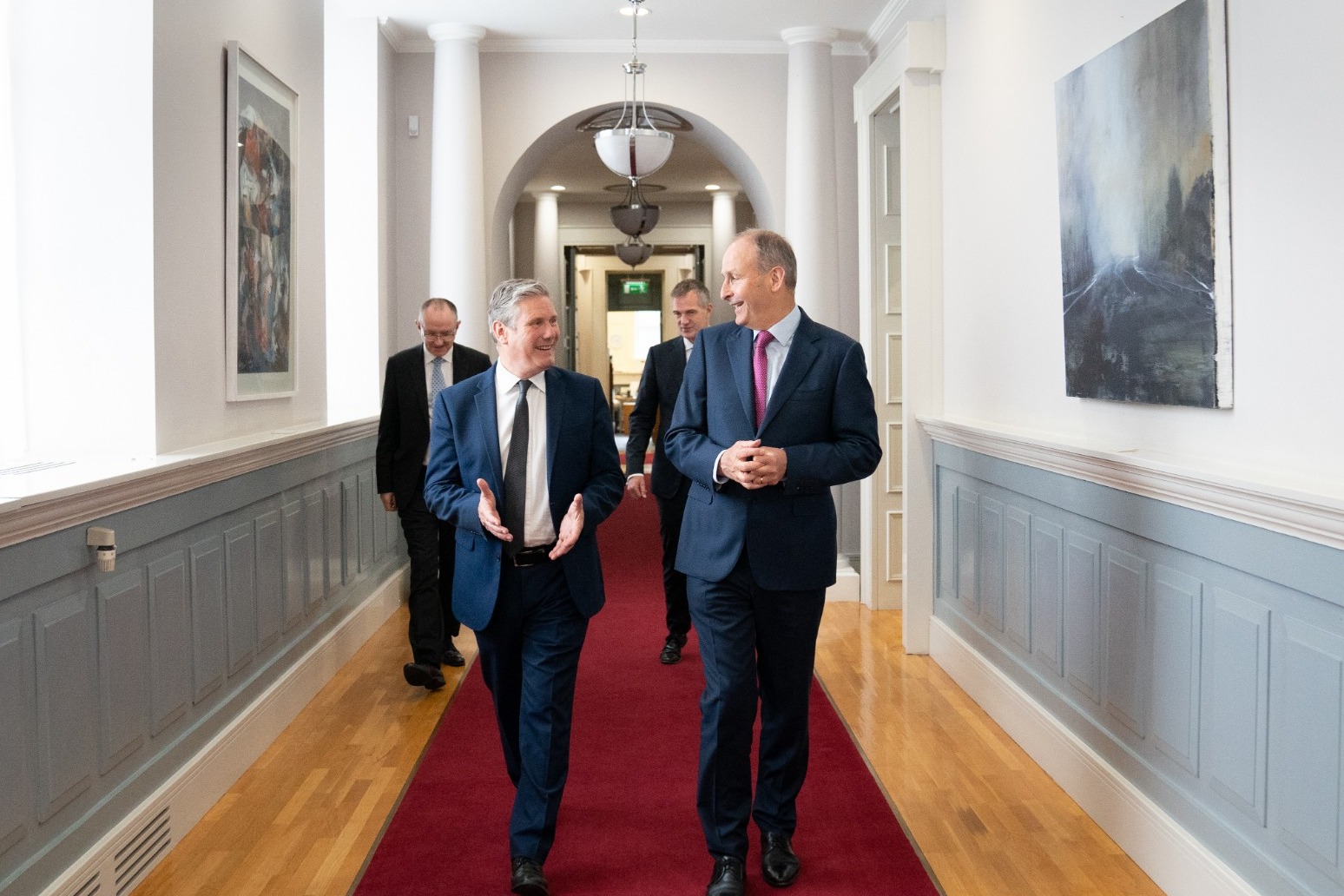 UK Labour Party leader Sir Keir Starmer has accused the Prime Minister of taking a “wrecking ball” to relationships with Ireland and the EU with his controversial plan to unilaterally scrap aspects of the Northern Ireland Protocol.

Sir Keir is on a visit to Dublin to meet senior figures in the Irish government to discuss the deepening row over the post-Brexit trading arrangements.

Boris Johnson’s Government has revealed plans to introduce domestic legislation that would override parts of the Brexit deal for Northern Ireland.

Foreign Secretary Liz Truss announced plans to legislate last month and the Bill is expected to be published in the coming days.

This week, Taoiseach Micheal Martin warned that a UK Government move to legislate to override parts of the protocol would represent a “historic low point” in recent Anglo-Irish relations.

On a visit to Trinity College in Dublin city, Sir Keir said: “As someone who cares deeply about the relationship between Ireland and the United Kingdom, I’m concerned about the comments that have been made.

“Of course there are challenges with the protocol, but I think that we have faced much greater challenges than that in our shared history and I think we can deal with the remaining issues.

“We’ve faced bigger problems than this. With good faith, statecraft and trust around the negotiating table, which is what a Labour government would bring, these problems can be overcome. But a Prime Minister without those attributes taking a wrecking ball to the relationship is not going to help anybody.

“Trust is very important in all of this and this Prime Minister does not have the trust, or I fear he doesn’t have the trust, to negotiate in the way that I actually think would lead to a solution to the problems.”

He also visited the Ireland’s oldest library at Trinity College and the Book of Kells exhibition.

Commenting on the prospect of the UK Government unilaterally scrapping parts of the protocol, Sir Keir said the Labour Party believed in upholding international law.

“The single biggest barrier at the moment is a Prime Minister who doesn’t have those attributes, who is distracted, is divided, he’s doing everything he can to save his own skin rather than focusing on the issue here, which is how do we get people around negotiating table, flexibility on both sides so we can overcome the remaining problems.”

Sir Keir said there is a long shared history between Ireland and the United Kingdom, adding that the Good Friday Agreement is one of the proudest achievements of the last Labour government.

“I am here to assure everyone I speak to, of our renewed commitment to the Good Friday Agreement which is as relevant today as it was the day it was signed and to make the commitment against the backdrop of a Government led by Boris Johnson which is divided and frankly taking a wrecking ball to relations between Ireland and the UK,” he added.

Mr Martin tweeted that he had a “good” meeting with the Labour leader.

Sir Keir, who spoke briefly to reporters as he left the meeting with the Irish premier, described it as a “very positive” discussion.

“There are no current issues that cannot be resolved with good will and pragmatism.”

On Friday, the Labour leader will be in Belfast to meet political leaders in Stormont, where he is expected to call for compromise and negotiation to end the political deadlock over the return of the powersharing Executive.