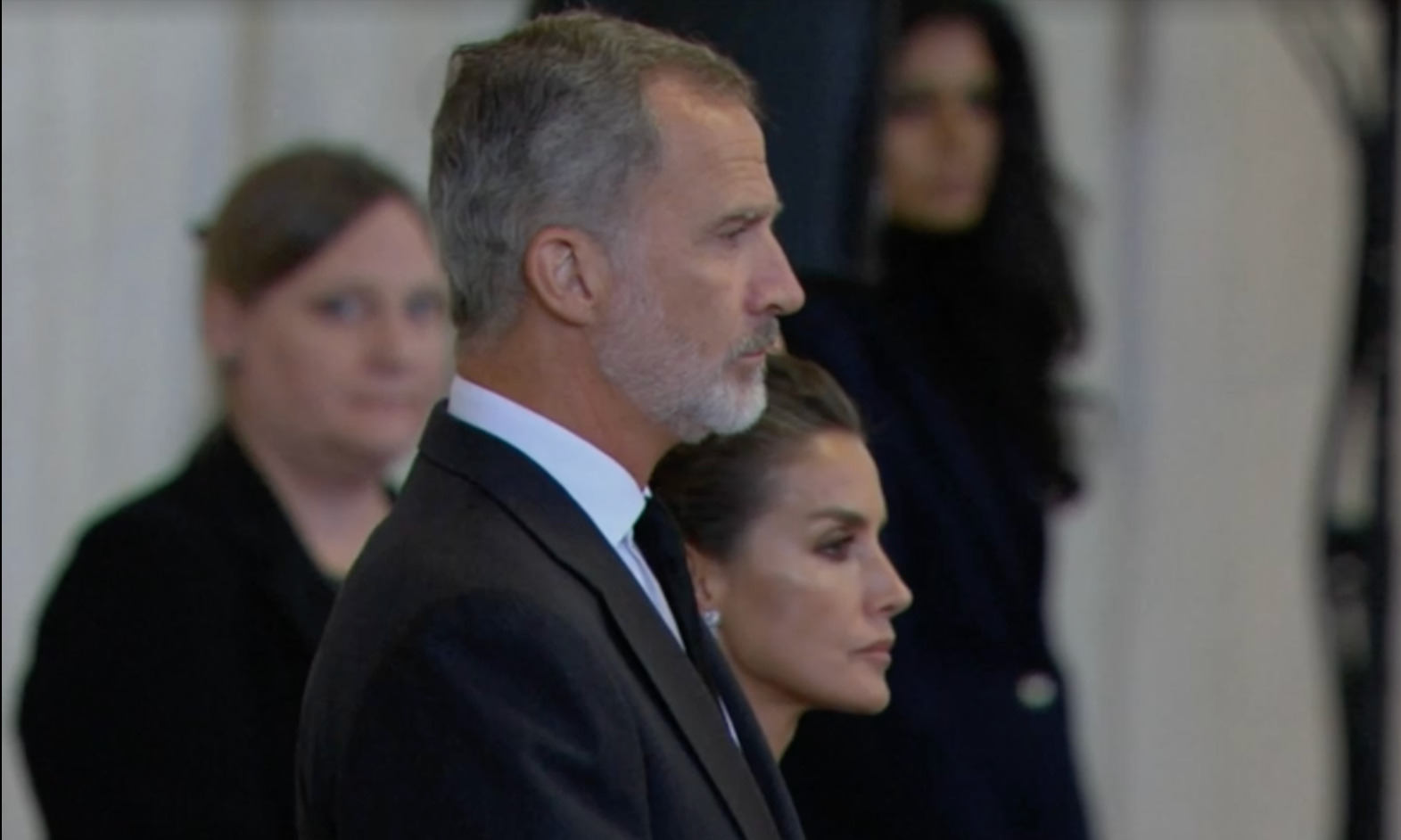 The King and Queen are in London today representing Spain at the state funeral of Queen Elizabeth II.

King Felipe and Queen Letizia will represent the Spanish people at the service being held in Westminster Abbey. Emeretus King and Queen Juan Carlos and Sofia are attending in a personal capacity due to the former King and late Queen being cousins.

Last night the King and Queen paid their respects to Queen Elizabeth on the last night of her lying in state.

Yesterday they attended Westminster Hall and then attended a reception at Buckingham Palace, where father and son met publically for the first time in over two years.