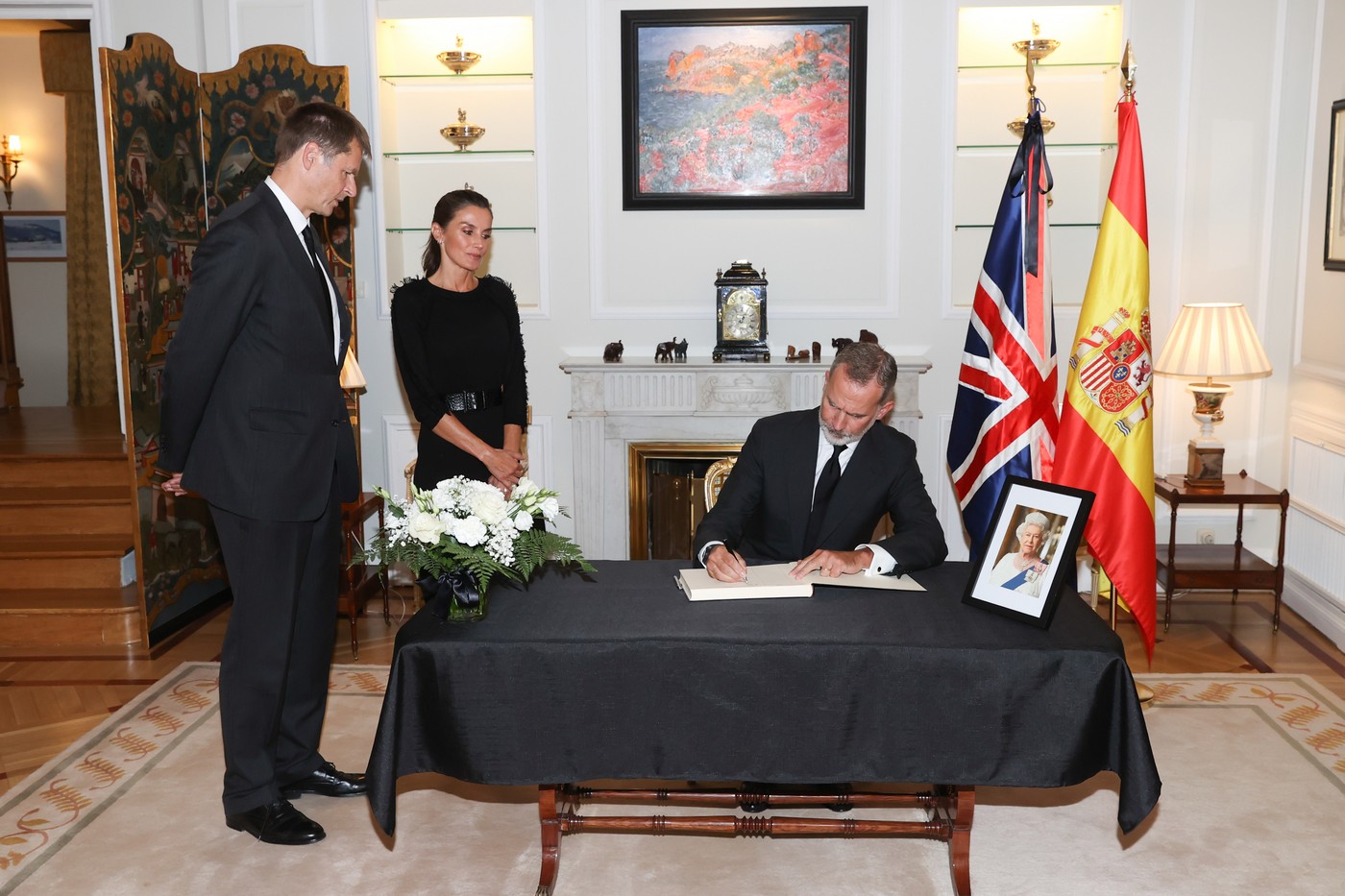 King Felipe and Queen Letizia have visited the embassy in Madrid, and signed the book of condolence.

The Head of State did so after giving a speech, paying further tribute to The Queen as well as offering his support to King Charles III.

The King and Queen are expected to travel to London for the State Funeral of Elizabeth II.