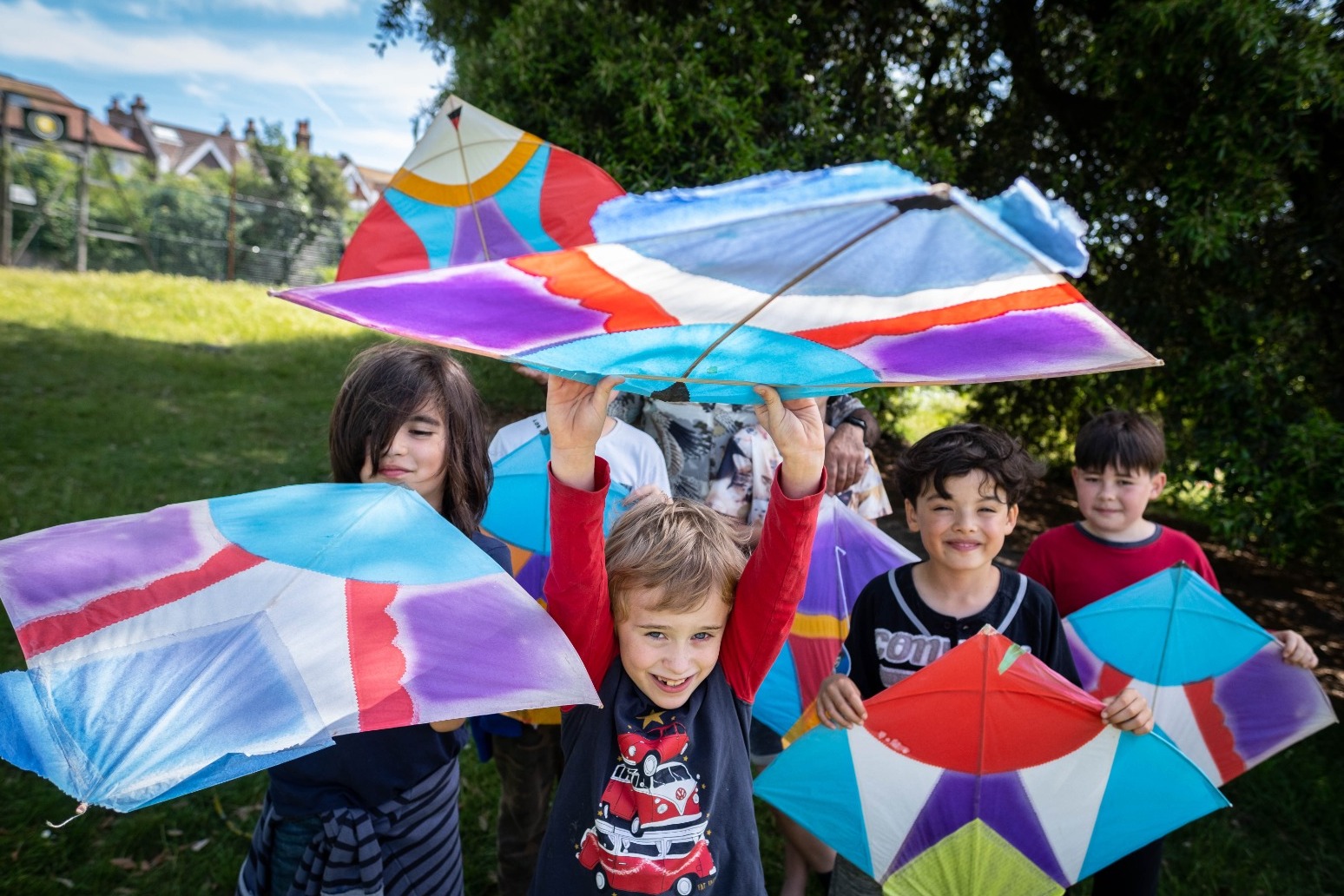 A multi-city kite-flying festival will mark one year since the Taliban takeover of Afghanistan.

ly With Me will celebrate the ancient Afghan craft of kite-flying across 15 locations in the UK and Europe in an act of solidarity with the people of the country.

The events on Saturday August 20 will feature music, poetry and dance from Afghan artists and other community groups, and highlight the cultural significance of kites in Afghanistan’s history.

The project comes from Good Chance Theatre, creators of The Walk With Amal, in which a giant puppet of a child refugee walked from the Turkish-Syrian border to Manchester.

It has been developed with master Afghan kite-maker and refugee Sanjar Qiam, who founded a toy shop in Brighton, as well as Afghanistan-born actor and director Elham Ehsas and Afghan musician Elaha Soroor.

Funds raised will go to Afghanaid and its By Her Side campaign to support women in rural Afghan communities.

Through kite-making workshops, the project will tell the story of Zaki, a 12-year-old boy in Kabul who, in keeping with 800-year-old traditions, flies kites each autumn.

After his brother Bahram was forced to flee by the Taliban, Zaki is learning how to make kites alone with his younger sister, Marwa.

London, Manchester, Liverpool and Glasgow are among the cities taking part in Fly With Me, along with Berlin, Paris and Copenhagen in Europe.

The Manchester International Festival and the Shambala Festival in Northamptonshire will also be taking part.

Joe Murphy and Joe Robertson, co-artistic directors of Good Chance Theatre, said: “Kites remain attached to the ground through a single thread but fly free of the borders that define the land.

“Kites are the embodiment of freedom and play.

“Looked at collectively, on the stage of the sky, kites represent togetherness, our difference, and our shared humanity.

“But the last time the Taliban ruled Afghanistan, kites were banned – along with music, free journalism, theatre and dancing.

“This simplest of devices of play and wonder, and gaming and competition, is also one of the most contested spaces in recent global history.

“That affront to freedom of expression is clearly being perpetuated again with the Taliban back in power.

“Fly With Me is a reminder to the world: Remember Afghanistan.

“And so, by making and flying kites in the Afghan tradition, led by Afghans who have made new lives in Europe, and open to all, we will be standing in solidarity with Afghans in the latest affront to their freedom and will remind the world of the devastating humanitarian crisis still taking place in Afghanistan today.”

Master kite-maker Qiam, an Afghan refugee based in the UK, said: “Kite-flying is one of the world’s earliest art forms – there are depictions of kites in cave paintings in Indonesia which are 40,000 years old.

“They are a universal symbol of expression, skill and cultural pride.

“Fly With Me is an act of solidarity with the people of Afghanistan and an opportunity for all of us to come together and feel between our fingers the strings that connect us to this incredible country, its culture and its people.”