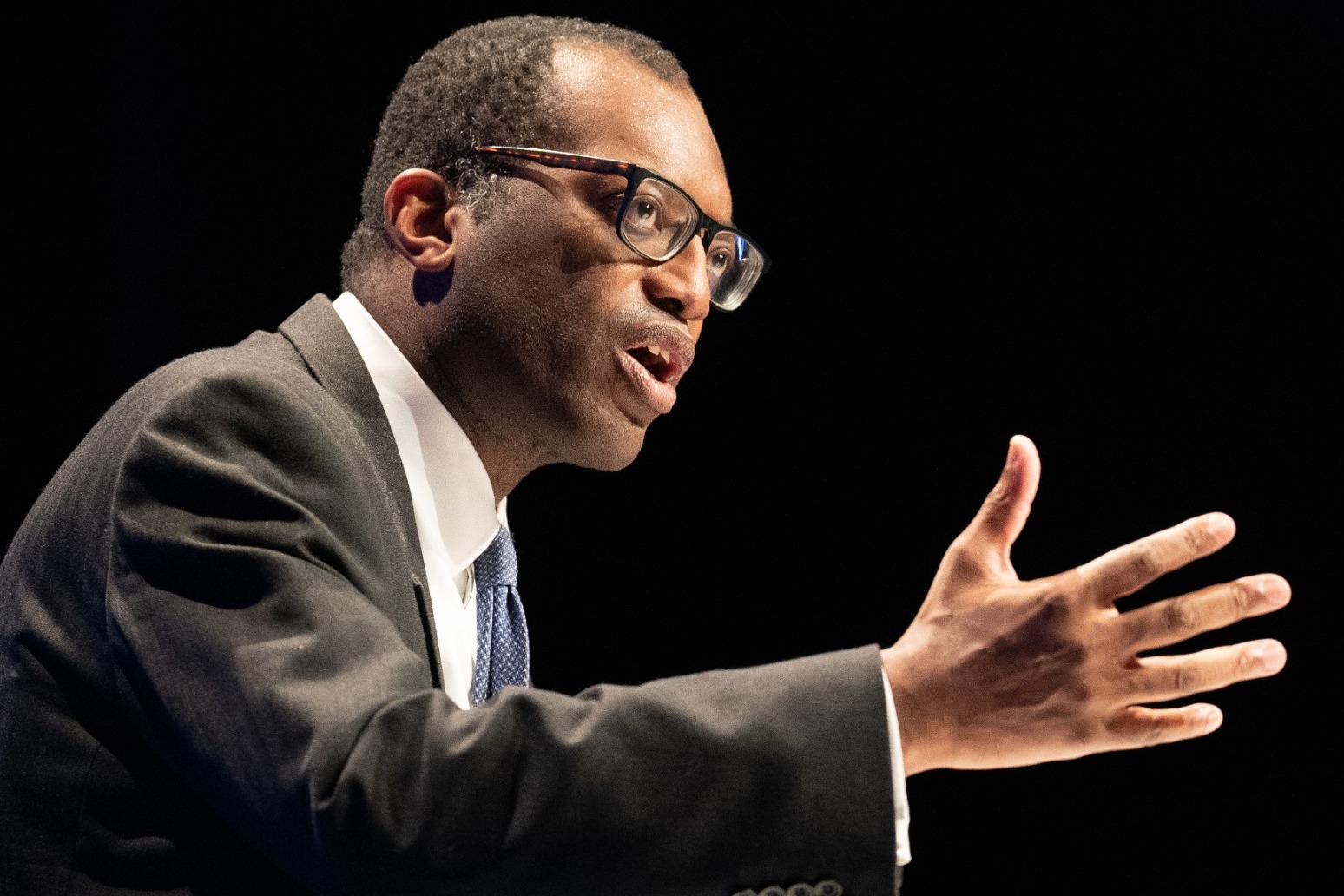 Kwasi Kwarteng insisted “our position has not changed” as he faced pressure to abandon more elements of the mini-budget which has caused market turmoil.

The Chancellor said he was “totally focused” on delivering the tax-cutting plans, which are aimed at increasing UK economic growth.

Both Mr Kwarteng and Downing Street insisted there were no plans for further changes to the package but the financial markets appear to be expecting moves to ditch some of the tax cuts in order to demonstrate a commitment to balancing the books.

Reports suggested talks are under way between No 10 and the Treasury on abandoning other elements of the £43 billion tax-cutting plan, including the commitment to axe a planned increase in corporation tax.

Mr Kwarteng, in Washington for the International Monetary Fund’s annual meeting, was repeatedly asked about the prospect of a U-turn.

He insisted “our position hasn’t changed”, adding: “I will come up with the medium-term fiscal plan on October 31, as I said earlier in the week, and there will be more detail then.”

Asked if a corporation tax U-turn was on the cards, he said: “What I’m totally focused on is delivering on the mini-budget.”

With talks on ditching his plans rumoured to be taking place in London while he was on the other side of the Atlantic, Mr Kwarteng insisted his position was safe.

Asked if both he and Prime Minister Liz Truss would still be in office in a month, Mr Kwarteng said: “Absolutely 100%. I am not going anywhere.”

He told broadcasters: “I speak to No 10, I speak to the Prime Minister all the time. We are totally focused on delivering the growth plan.”