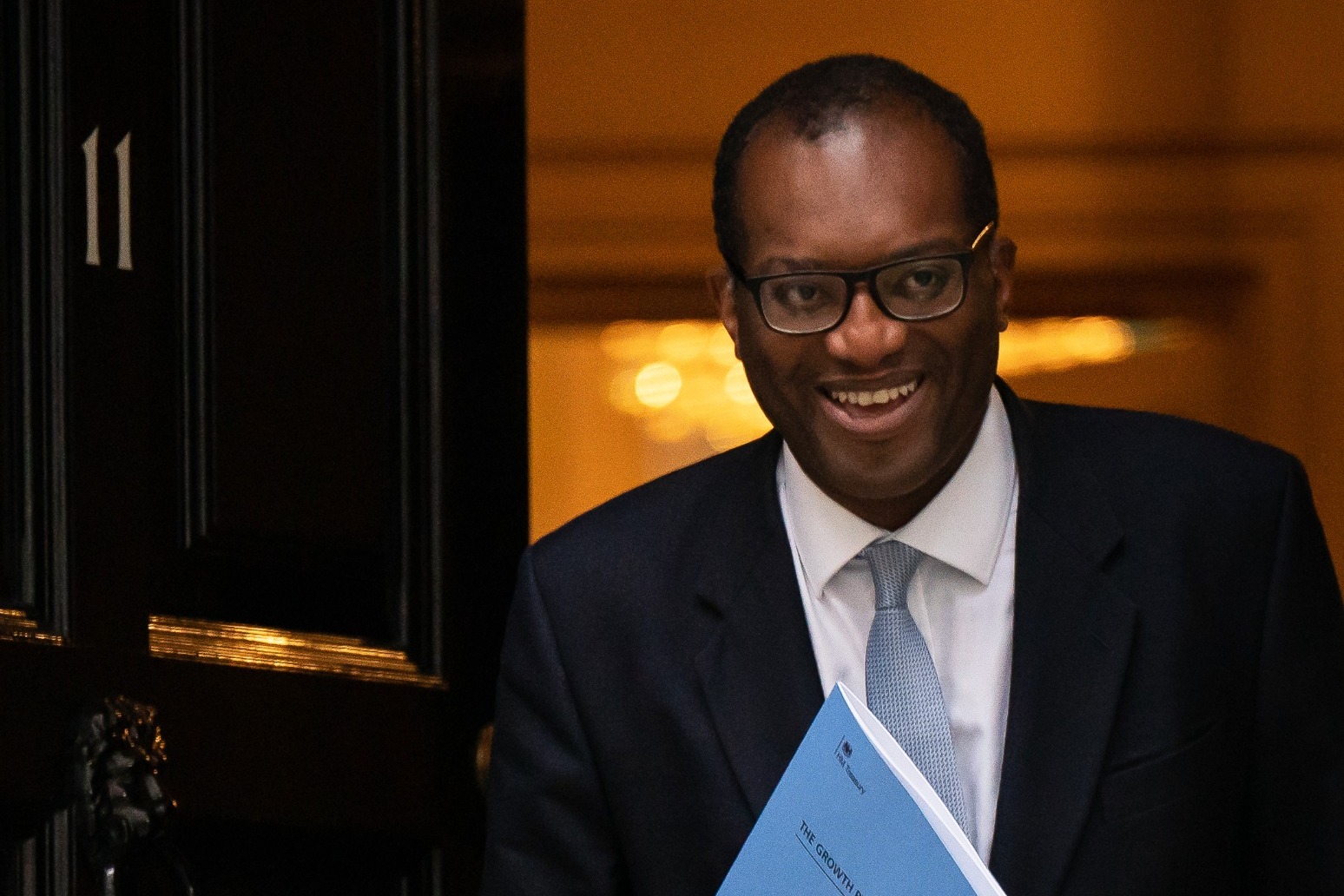 Chancellor Kwasi Kwarteng abolished the top rate of income tax for the highest earners as he spent tens of billions of pounds in a bid to drive up growth to ease the cost of living crisis.

In a so-called mini-budget axing the cap on bankers’ bonuses and adding restrictions to the welfare system, he argued on Friday that tax cuts are “central to solving the riddle of growth”.

He scrapped the 45% higher rate of income tax and brought forward the planned cut to the basic rate to 19p in the pound a year early to April.

Mr Kwarteng also revealed his estimate that the two-year energy bills bailout will cost around £60 billion over its first six months from October.

The package enacting Liz Truss’s tax-cutting promises including reversing the national insurance rise and axing the hike to corporation tax came a day after the Bank of England warned the UK may already be in a recession.

The Bank also lifted interest rates to 2.25% – the highest level for 14 years.

Mr Kwarteng said their economic vision would “turn the vicious cycle of stagnation into a virtuous cycle of growth”.

By terming it a “fiscal event” rather than a full budget, Mr Kwarteng avoided the immediate scrutiny and forecasts of the Office for Budget Responsibility.