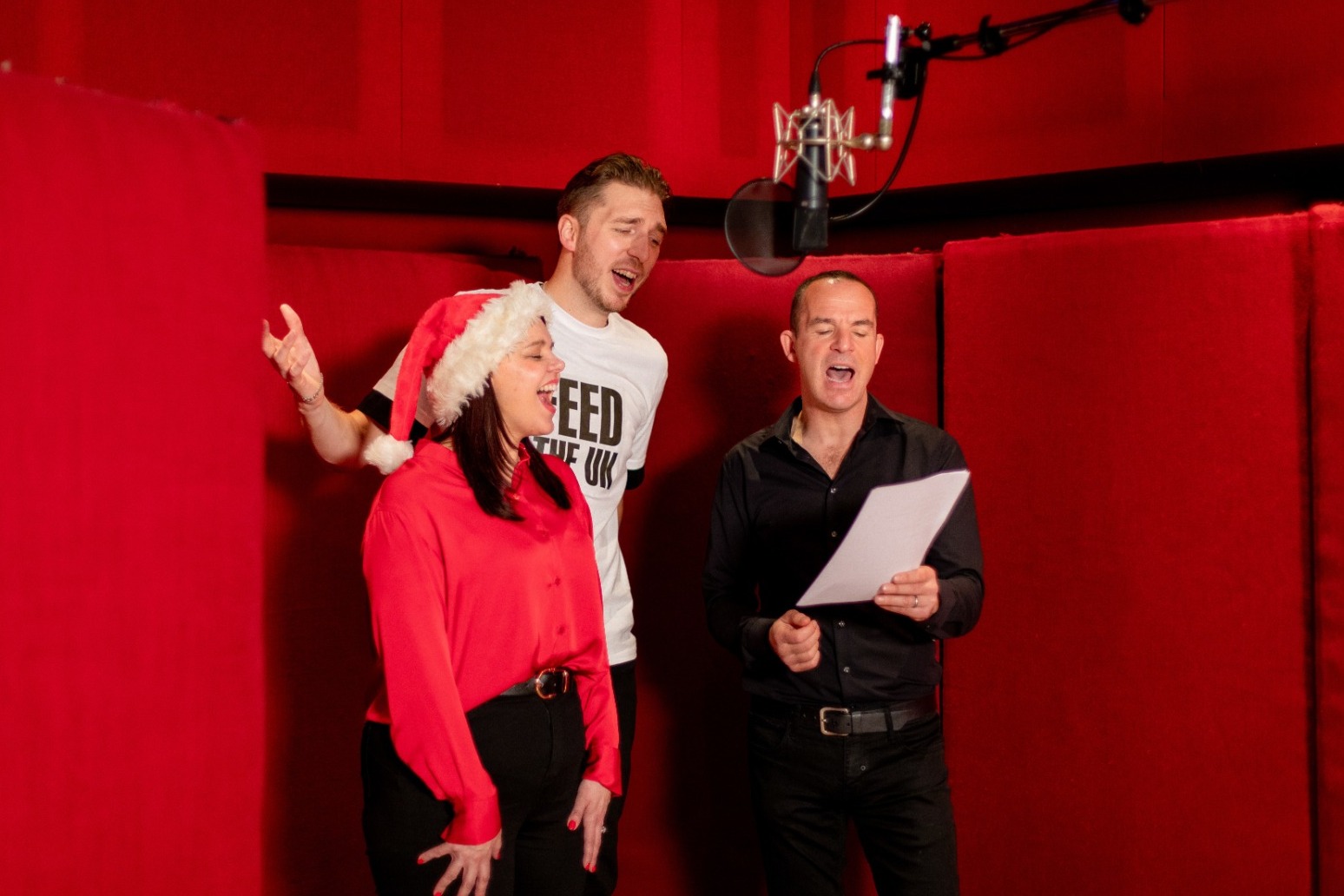 Mark Hoyle of LadBaby has said he recruited Martin Lewis for his latest festive single because the MoneySavingExpert founder really knows about the “struggles that are facing a lot of families” this Christmas.

The social media star and his wife Roxanne, known as LadBaby Mum, are the first act to be allowed to rework the Band Aid song Do They Know It’s Christmas? after getting permission from co-writers Bob Geldof and Midge Ure.

The track, titled Food Aid, was released on Friday, with half of the money raised going to food bank charity the Trussell Trust and the other half to the Band Aid Trust.

Appearing on BBC Breakfast, Hoyle praised Lewis for his vocal delivery on the line sung by U2 frontman Bono in the original.

He said: “We wanted to get someone involved that knows about the struggles that are facing a lot of families at the minute. He more than most helps everyone.

“He has helped me when I wanted to get my mortgage. He was the person I turned to, and I think a lot of people do.

“He was great and he can sing really well. Everyone was blown away by him. We gave him the Bono line and he delivered.

“When he first came in we had to encourage him to sing and by the end of it we had to tell him to stop.”

The married couple teamed up with Grammy winner Amy Wadge, who has previously worked with Ed Sheeran and Sam Ryder, to rewrite the festive song with tongue-in-cheek humour.

They have previously raised more than £1.2 million for the Trussell Trust through their chart-topping endeavours and branded partnerships.

Last year, they made chart history by securing the Christmas number one for a fourth consecutive year – becoming the first musicians to do so in the 70 years of the Official Christmas Chart.

Hoyle said: “This year we became ambassadors for the Trussell Trust.

“We knew with the cost-of-living crisis, the energy prices going up this year, we had to do whatever we could to get the Trussell Trust talked about again this year.

“So we reached out to Band Aid – the Band Aid Trust – to ask them if they would ever consider letting us rework their song and we’re honoured to say they did.

“So we went away, we have rewritten it, we tried to make the lyrics about what’s going on, about the food banks – and also be a bit silly and try and make everyone smile.”

Geldof and Ure’s first version of Do They Know It’s Christmas? raised £8 million for famine relief in Ethiopia.

They gathered a group of musicians together in 1984 for the charity single.

The track helped inspire the Live Aid concerts in London and Philadelphia on July 13 1985, and the Sport Aid campaign in 1986, all of which raised millions more.