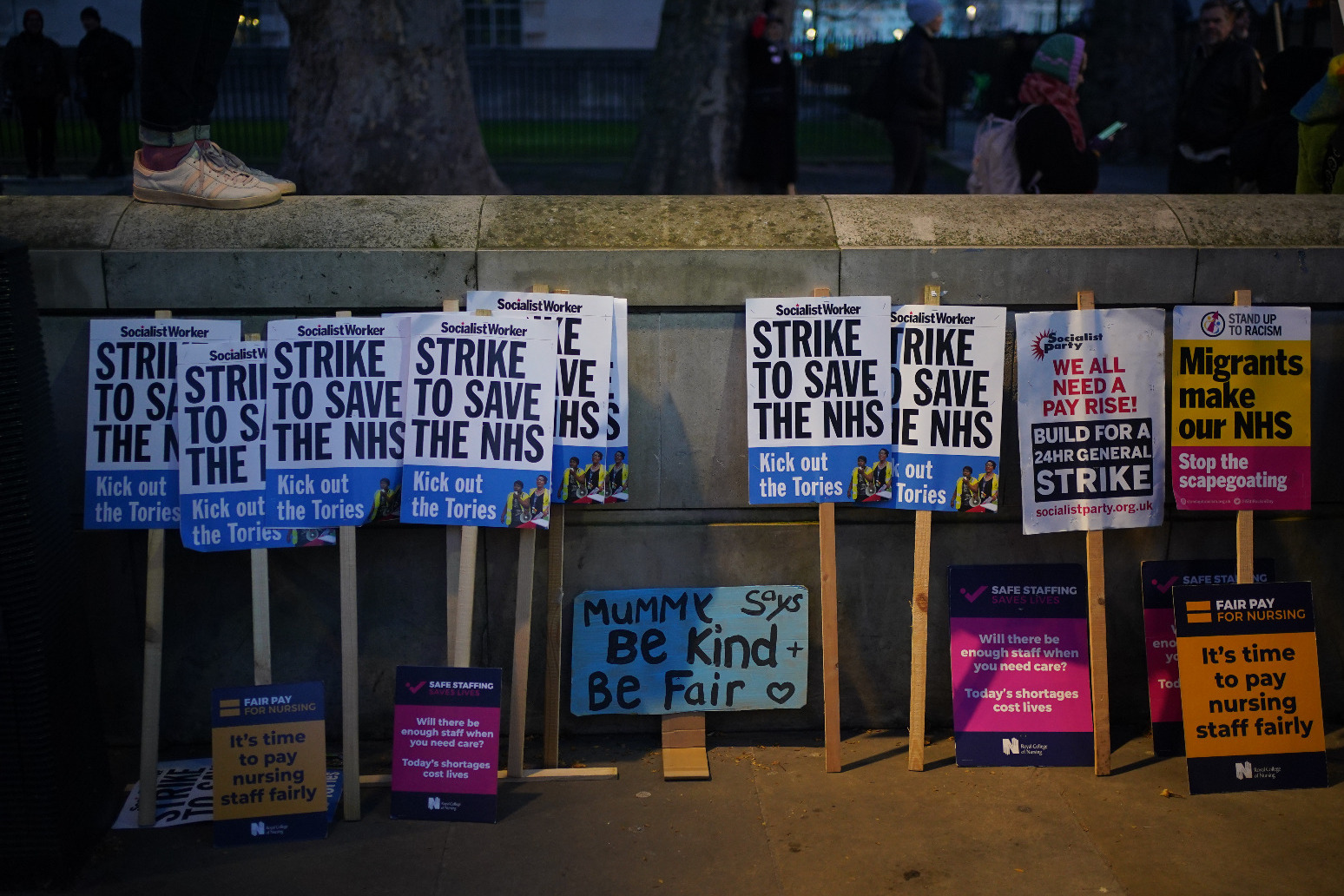 The TUC said a survey of 1,758 adults showed “large-scale support” for nurses, ambulance staff and other health service workers who are taking industrial action over pay and staffing.

The polling, conducted by YouGov just before Christmas, found that more than three in five of those diagnosed with a health condition supported workers taking strike action in the NHS, while just over half of parents backed teachers striking.

The TUC said the findings showed that people recognise that key workers who got Britain through the pandemic are “owed a decent pay rise”.

The union organisation said that striking workers have been “left with no choice” and “forced to take action” after more than a decade of pay cuts.

TUC general secretary Paul Nowak said: “Key workers in the public sector helped get the country through the pandemic, but many are now being forced to take action to defend their living standards as ministers continue to refuse meaningful talks with unions on public sector pay.

“This polling shows that patients and parents see right through the divide and rule tactics of this Conservative government.

“These are people that really rely on our public services – they know all too well the damage done by year on year pay cuts.

“They are fed up with ministers stonewalling negotiations – and they think that workers across the public sector are owed a decent pay rise.

“After years of brutal pay cuts, nurses, teachers and millions of other public servants have seen their living standards decimated and are set to face more pay misery.

“As well as holding down public sector worker pay, the Government is now attacking their fundamental right to strike.

“It is little wonder morale is through the floor and many key workers are considering leaving their jobs for good.

“It’s time this Conservative government listened to patients, parents and the rest of the British public.

“Ministers must give workers across the public sector the pay rise they deserve and stop their damaging attacks on the right to strike.”

RCN general secretary Pat Cullen said: “It is clear to me that the public support for what we are doing is overwhelming.

“Standing on picket lines this week I have seen and heard this support first hand. It is clear the public stands with nursing staff as they know that when nurses speak, they speak for patients.

“It is now time for Government to come to the table and give nurses and their patients the respect they deserve.”

Unison’s head of health Sara Gorton said: “The public knows the NHS is in a terrible state. That’s why people are so sympathetic to health workers taking a stand for a properly funded, better-staffed NHS.

“Yet despite the growing crisis in health, the Government is doing little to make things better for patients.

“Ministers know the disputes won’t end until they act on pay. It’s time for them to do just that and invest in staffing.

“That would end the strikes, allowing everyone to focus on getting the NHS back on track.”