Lee Mack to host Royal Variety 2022 in memory of Queen 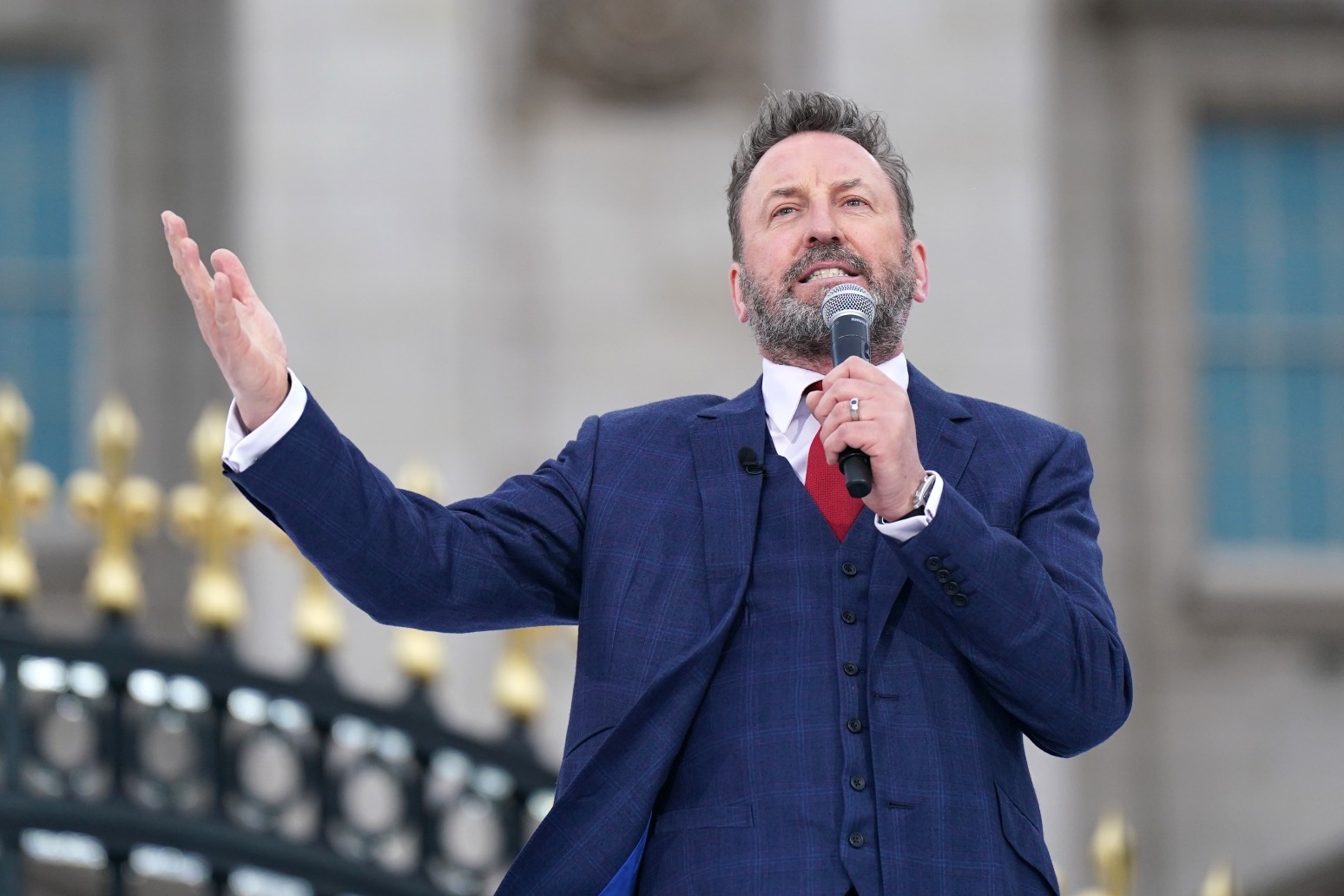 The Queen will be honoured with a unique celebration at the Royal Variety Performance this year.

The show will be hosted by comedian Lee Mack at the Royal Albert Hall in London later this year, where senior members of the royal family will be in attendance.

Mack, known for the shows Would I Lie To You? and Not Going Out, said: “I was actually going to buy tickets for this year’s Royal Variety Performance, so not only is it a real honour to be asked to host it, it’s also saved me a few quid.

“I now just have to work out the logistics of introducing these brilliant acts and also rushing back to my seat to watch them.”

The Queen, who died in September, will be honoured as composer Lord Andrew Lloyd-Webber, singer Gary Barlow and choirmaster Gareth Malone are accompanied by members of the London Youth Choir to perform a version of Sing.

The cast of the musical Cabaret, who have won seven Olivier Awards, will also take to the stage.

Disney’s Broadway musical Newsies will perform an extract from the Tony award-winning show, which opens in London later this month.

Returning to the RVP stage with a death-defying display from their latest show Kurios are Cirque Du Soleil.

While Frank Skinner, David Baddiel and The Lightning Seeds will do a rendition of their hit Three Lions.

Baddiel confirmed last week that there will be a Christmas remake of the song and music video of the football anthem to incorporate the historic win of the Lionesses at Euro 2022.

German magician duo The Ehrlich Brothers, made up of Andreas Ehrlich and Christian Ehrlich, soprano Fatma Said, and Giffords Circus will also perform.

The event is staged in aid of the Royal Variety Charity, of which the Queen was patron, and money raised from the show helps those people from the world of entertainment in need of care and assistance.

The Royal Variety Performance, which began in 1912 when King George V and Queen Mary attended, will take place at the Royal Albert Hall on December 1.

The show will be screened on ITV and ITV Hub in December.