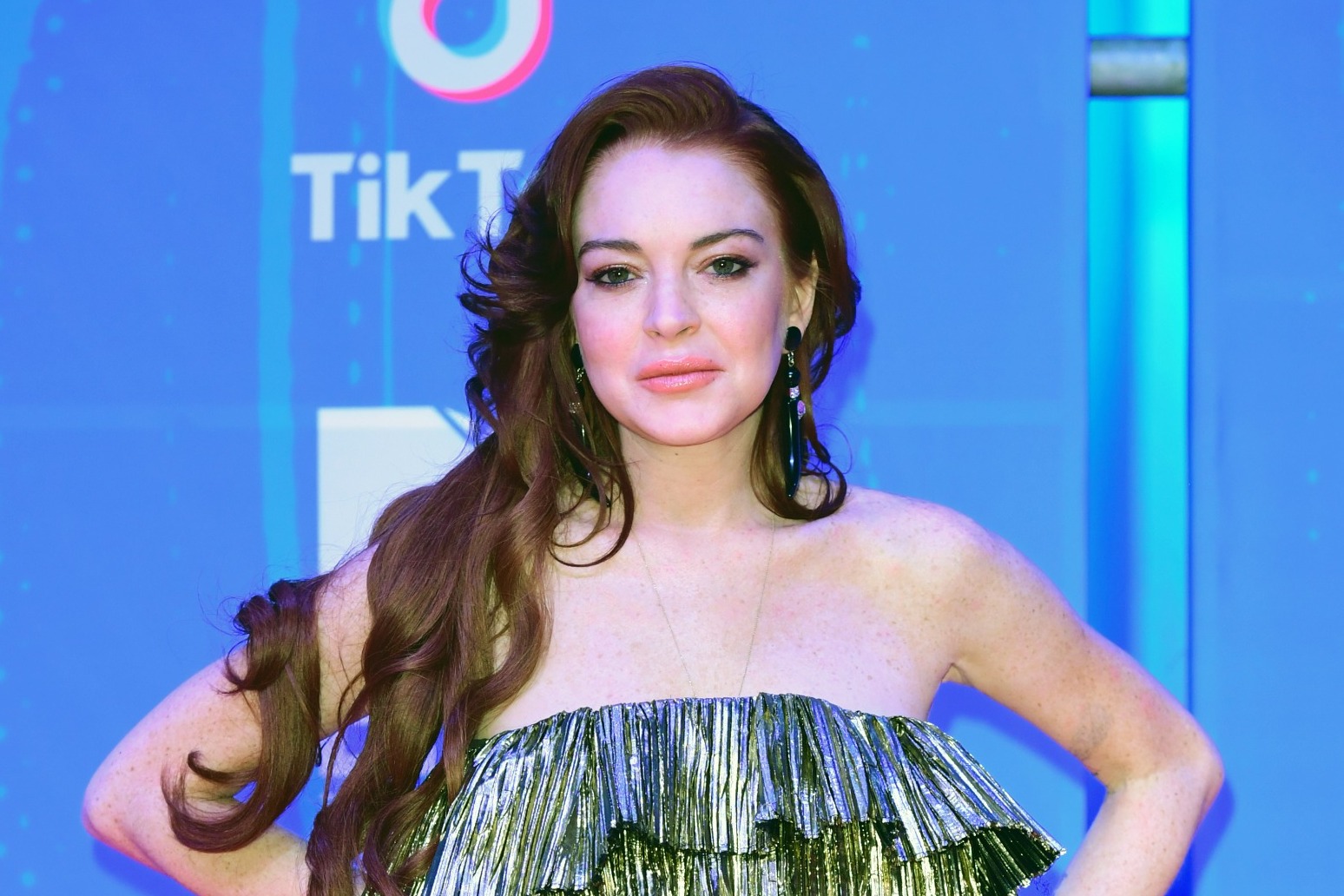 Lindsay Lohan has said she admires people taking control of their own narrative on social media but is “a little jealous” she did not have access to the platform when she “first started out in the business”.

The 36-year-old actress is marking her return to the big screen, after a lengthy hiatus, in Netflix’s Falling For Christmas about a spoiled heiress who develops amnesia after a skiing accident.

“It was really comforting to me, when I got the script, to see a movie that was a romcom because it’s always fun to work on something light-hearted and family-oriented that makes people happy and provides a bit of an escape,” she told Cosmopolitan UK.

“I was excited to do something with Netflix, which is a big family in a way. It was the right fit for me, especially to be able to executive-produce it.”

Lohan said that her acting career is “always evolving”.

She said: “It comes very naturally to me to play a role, especially in a romantic comedy, so it doesn’t always feel like work.

“But when you really look at the character and how much more you can give people on screen through the character’s eyes, there’s so much to play with and change.

“With this movie I specifically wanted to do more physical comedy and I was like, ‘we’re here, why not? I’m willing to do it’.

“I think the bigger you go in those situations, the better it is. You can’t be afraid of it.”

Lohan’s breakout role came in the 1998 film The Parent Trap in which she played estranged twin sisters Hallie Parker and Annie James.

Speaking about social media, she said: “When I first started out in the business, none of us had a say in how to control our own narrative.

“There were paparazzi pictures and then people ran with it. So, I think it’s really good that in this day and age people can say who they are and who they want to be.

“I admire and appreciate that. I’m a little jealous because I didn’t have that. But I think it moves really fast and I just try to keep up as best I can. I check everything before I post it. I’ll send it to people. Because you have to.”

The actress, who lives in Dubai, credited her “amazing husband” for being the person she turns to when she needs supporting, adding that he is a “very calm person, just the best”.

She added that she wished Mean Girls had a sequel, she would loved to work with Meryl Streep again after A Prairie Home Companion and would like to star alongside Dame Helen Mirren and Al Pacino in the future.

On taking advice from Pacino, Lohan said: “I have actually asked him for a lot of advice for a lot of things, especially work-wise and just life-wise, because he’s a great person to talk to.

“He always says, ‘Focus on your craft when it comes to your work’ and I think that’s really important. Don’t let other outside things blur your vision.”

The Lindsay Lohan interview can be read in the December issue of Cosmopolitan UK, on sale from November 22.