Lionesses among those to be honoured at Pride of Britain Awards 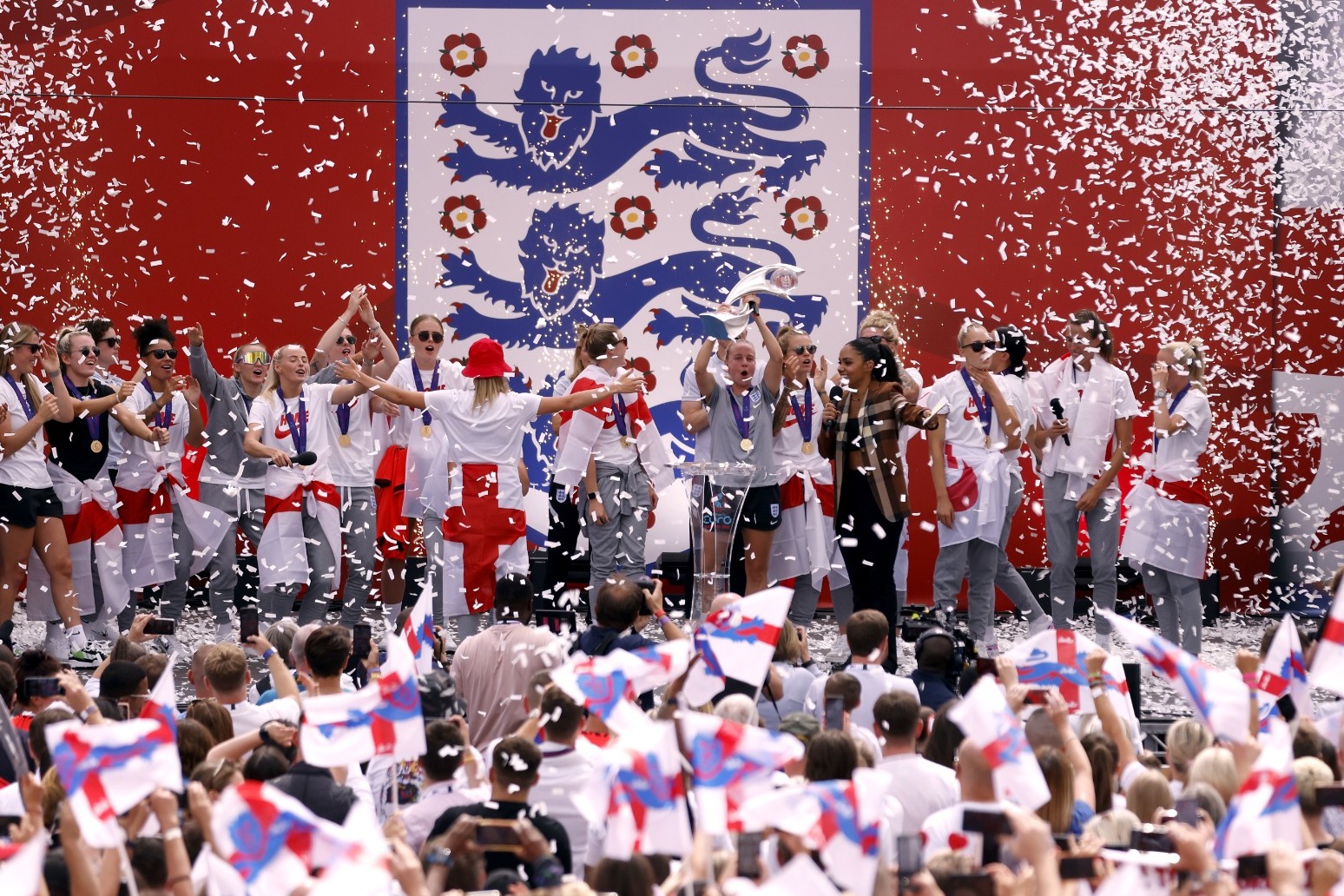 The Lionesses will be honoured with a special gong at this year’s Pride of Britain Awards alongside community heroes.

The judging panel selected England’s European champions for the special award for “galvanising” the nation and providing a whole generation with “new role models”.

Carol Vorderman and Ashley Banjo will co-host the award ceremony on October 27 which will be attended by a plethora of famous faces to celebrate the inspiration winners.

Also among those being recognised are three fathers, Andy Airey, 61, Mike Palmer, 57, and Tim Owen, 52, who embarked on a charity walk which raised more than £880,000 in memory of their three young daughters who each took their own lives.

The trio from Manchester, Norfolk, and Cumbria will be given a special recognition award for trekking 550 miles over 31 days.

Mr Airey said: “During our walk we met very many suicide-bereaved parents, all of them said the same thing; it was only after they lost their child that they discovered that suicide was the biggest killer of under 35’s in the UK; they all asked, ‘If suicide is the biggest threat to our children’s lives, why is no one talking about it?’”

Jill Allen-King who lost her sight on her wedding night aged 24 due to glaucoma and was sterilised at the urging of doctors, will also be honoured with the lifetime achievement award.

Ms King, 82, from Southend-On-Sea, campaigned during her life for access for guide dogs in public spaces and became the first female president of the National Federation of the Blind UK.

School girl Elizabeth Soffe, eight, wins the Child of Courage Award for her charity run which raised £202,000 for the hospital that saved her life.

Birmingham Children’s Hospital treated her after a faulty air conditioner blaze set fire to her room and cot.

Soffe, who still has scars, tells people: “It doesn’t matter what you look like, it just matters that you’re kind.”

While a 15-year-old girl who saved two lives after they were swept away by treacherous river currents will be given the teenager of courage award.

Lucy Montgomery from Armagh saved family friend Mathieu, eight, and her father Graham, who cannot swim, when the pair were dragged out during paddle-boarding in the Charente River in France.

David Groves, 32, from Somerset, and Alex Harvey, 28, from Hull, will be given the outstanding bravery award.

The HMS Argyll sailors saved 27 men who were on board 28,000-tonne cargo ship the Grande American when it caught on fire 150 miles off the French coast.

A mother-of-four from east London will also be given the TSB community hero for supporting and feeding the community.

Police officers James Willetts, 25, and Leon Mitoo, 34, from the west Midlands, will be given the This Morning Emergency Services Award after being stabbed in Bromwich town centre.

Mr Mittoo said: “I thought I was going to die. I just did everything I could. It was a fight for survival.”

Tobias Weller, 11, who lives with autism and cerebral palsy, scoops up the GMB young fundraiser of the year for raising £158,000 for causes like his school and Sheffield Children’s Hospital.

While Alex Anderson, 22, from Newport becomes the Prince’s Trust young achiever of the year.

After Mr Anderson was rejected from the RAF in 2017 due to his Asperger diagnosis, he spent 1000 hours of his time supporting veterans, the elderly and young people across Gwent. He is now a logistic supplier at RAF Odiham in Hampshire.

More than 150 famous faces including Idris Elba, Dame Mary Berry, Molly-Mae Hague, Tommy Fury, Olly Murs and Holly Willoughby are set to join this year’s winners to celebrate their heroism and bravery at the event.

The Pride of Britain Awards will be broadcast on ITV on October 27 at 8pm.