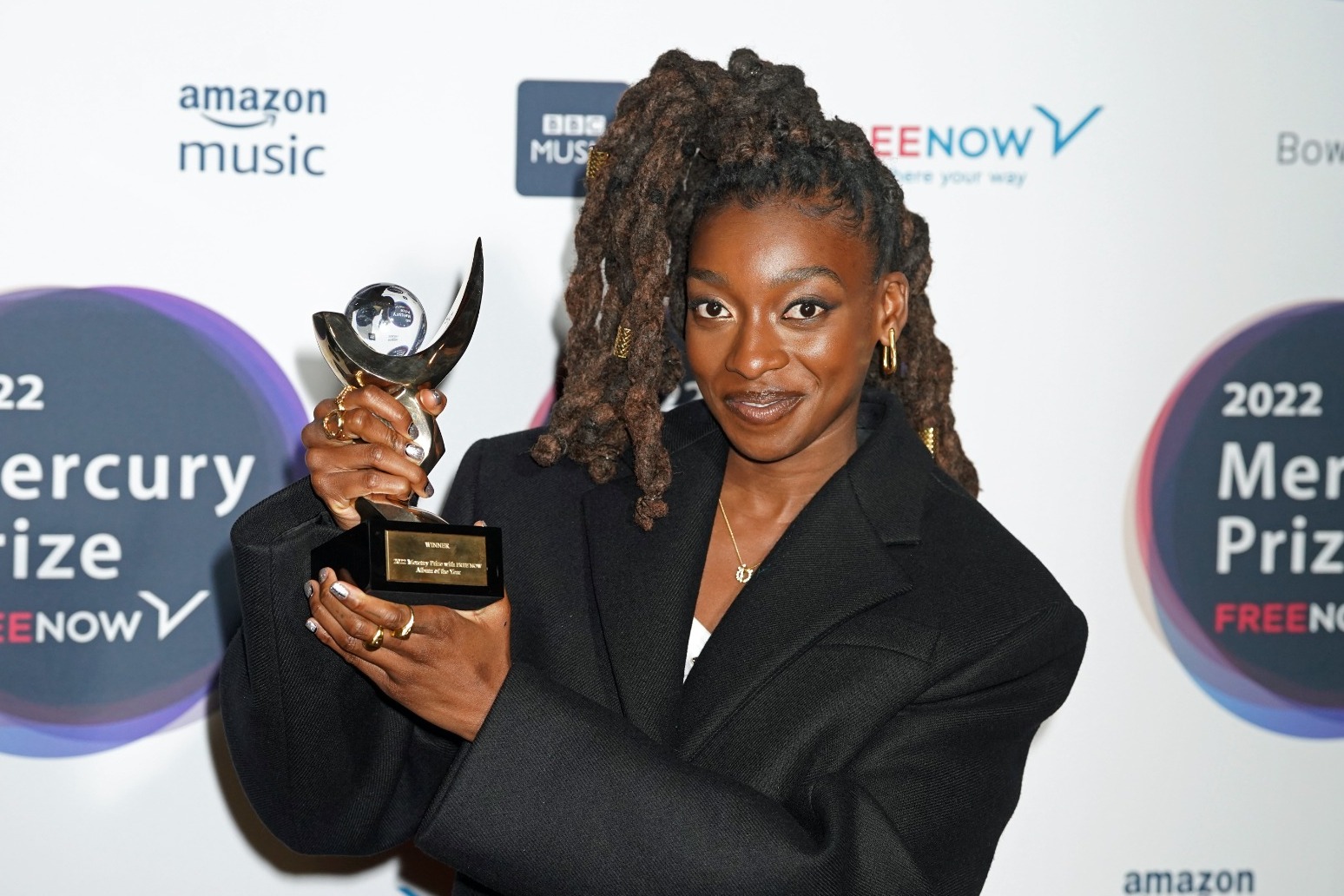 Little Simz has won the 2022 Mercury Prize with her fourth studio album Sometimes I Might Be Introvert.

The 28-year-old artist was among the 12 acts who were in the running for the prestigious award, alongside Harry Styles and Sam Fender.

The announcement was made by DJ Jamz Supernova during the award ceremony, which recognises the best British or Irish album of the year, at the Eventim Apollo in Hammersmith, west London, on Tuesday evening.

Accepting her prize onstage, the British rapper and singer said she was “very overwhelmed and grateful” to receive the accolade.

“To my family over here, my loved ones right here. I want to say a huge thank you to the Mercury for this incredible prize,” she said.

“I want to say thank you to my brother and close collaborator Inflo… he’s known me since I was so young, he’s stuck by me, we created this album together.

“There was times in the studio when I didn’t know if I was going to finish this record, I was feeling all the emotions and really going through it. He stuck by me and pushed me to deliver this album for you guys.”

“And last but never ever least I want to big up all the other nominees tonight, all the other albums, from Joy (Crookes), to Kojey (Radical), Self Esteem, Wet Leg, all you guys are incredible.

“We all made incredible albums, we all changed people’s lives with our music and that’s the most important thing.”

Following the news, she took to the stage to give a powerful rendition of her track How Did You Get Here.

Speaking after the performance, she said singing that particular song after winning the gong put her “whole story into perspective”, saying: “It was just a really beautiful moment to have my family there, my team there, it was special.”

Asked what her advice to up-and-coming artists would be, she added: “I would just say bet on yourself and believe in yourself.

“Keep people around you that care for you as a person because then you get to hone in and make the art you can make when you’re good and when you’re in a healthy space. Just make sure who’s around you is tight and solid.

“And just fly man, don’t be afraid to take that leap.”

The judging panel said that in a year which has presented a lot of challenges, they felt British and Irish music had “thrived more than ever” which they admitted made their decision even more difficult.

Reflecting on Little Simz’s work, they added: “This accomplished and complex yet entirely accessible album is the work of someone striving constantly to push herself.

“It deals with themes both personal and political while putting them against music that is as sophisticated as it is varied.

“The Mercury Prize is all about shining a light on albums of lasting value and real artistry. Sometimes I Might Be Introvert has both.”

This was the second nomination for the artist, whose real name is Simbiatu Ajikawo, after her third album – 2019’s Grey Area – was also shortlisted.

She adds the Mercury Prize to her plethora of awards which include best new artist at the Brit Awards earlier this year and two Ivor Novello awards for best album in 2020 for Grey Area and best contemporary song for I Love You, I Hate You in 2022.

Last year, Sometimes I Might Be Introvert was also named BBC Radio 6 Music’s album of the year.

The artist made her Glastonbury debut on the West Holts Stage in 2016 and performed again on the same stage this year.

Kojey Radical also entered into the audience to see his mother while singing his track Gangsta and Jessie Buckley dressed in an elegant white lace dress for her performance of Footnotes On The Map alongside Bernard Butler.

Later on in the night, Self Esteem performed I Do This All The Time and Sam Fender sang his hit track Seventeen Going Under.

Harry Styles, who was shortlisted for his third album Harry’s House, was unable to attend the ceremony as he is currently on tour in America but sent a video message apologising for his absence and sharing how grateful he was to be shortlisted.

Before they played a video of him performing As It Was, the singer said: “It’s an honour to be on this list with so many incredible albums.”

The award ceremony was previously postponed due to the Queen’s death.

Last year, the Mercury Prize was won by Arlo Parks for her debut album Collapsed In Sunbeams.