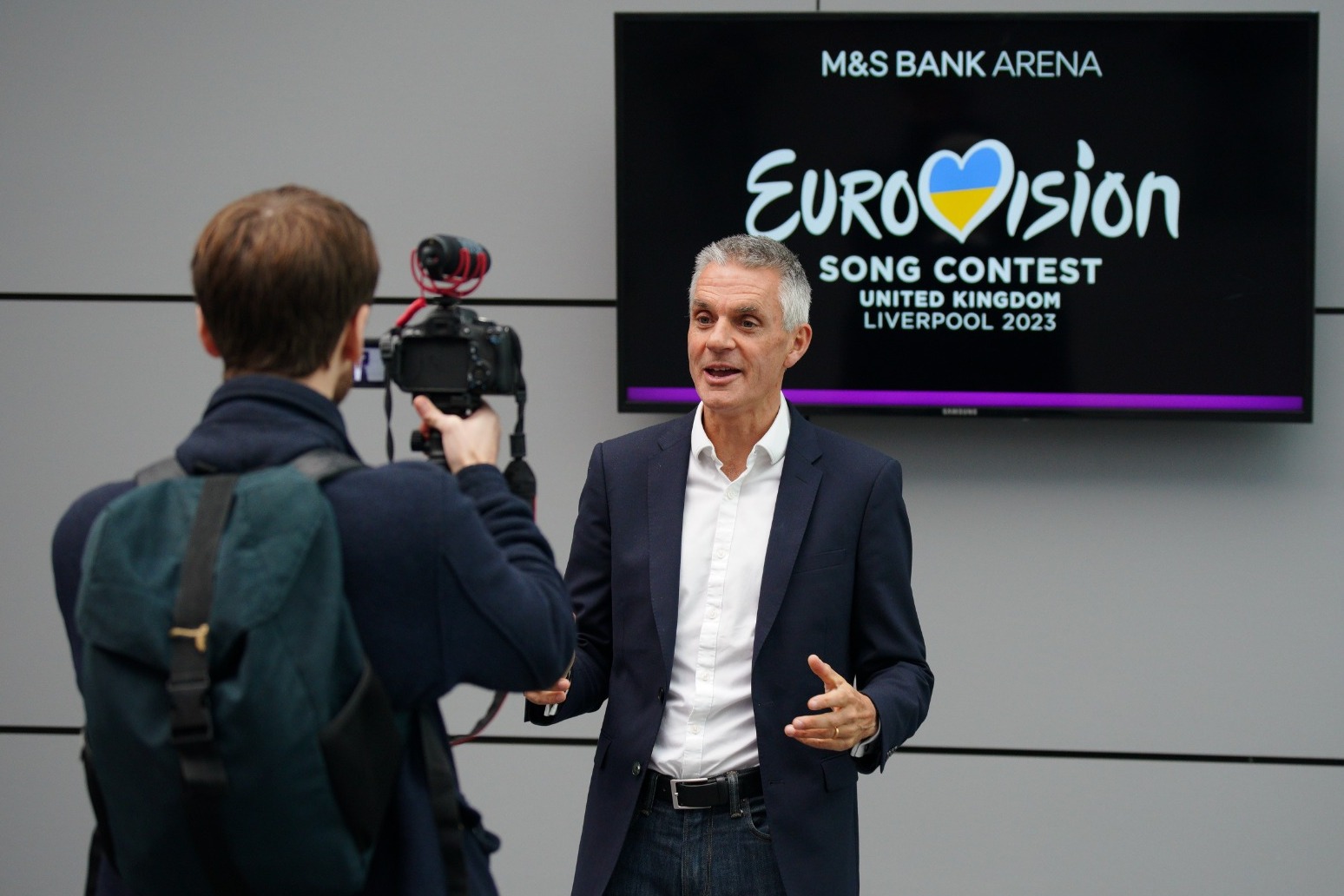 Viewers of next year’s Eurovision will see Liverpool “coming alive”, the BBC director general said as he visited the city to begin preparations.

Tim Davie visited the venue for Eurovision 2023, the ACC Liverpool, on Friday – a week after the city was confirmed as the host.

Asked about plans for the event, he told the PA news agency: “I’m not going to give you too much because we’ve got a bit of work to do, but I think what you’ll see is a couple of things, one is the city itself coming alive.

“This isn’t just about one event, of course we’ve got the semi-finals and all the things that are going on around it, but I think you’ll see a city come to life which is really inspiring.

“I think you’ll see a kind of festival atmosphere across the period.

“In the show itself it is a bit early and I’m not going to give away anything that we’re cooking up.

“One thing I would say is we’re doing this on behalf of Ukraine so it will absolutely be a programme and a show and a whole host of events where Ukraine and Liverpool are really in this together.”

Mr Davie and Kate Phillips, director of unscripted for the BBC, met those behind the city’s winning bid, including Mayor of Liverpool Joanne Anderson and the city region metro mayor Steve Rotheram, at the 11,000 capacity arena which will be home to the show.

The director general said: “You meet people here and they’re fiercely proud of the win.

“I think more than anything they want to put on a world-class event and bring more people close to Liverpool but also, for everyone in this region, to give them the party of their lives and then show that to millions, tens of millions of people across the world.”

He said Liverpool scored well in a number of areas when deciding where to hold the contest, which was won by Ukraine last year but will not be hosted there due to the Russian invasion.

“When you look at a bid you look across is the venue perfect, has the city got real commitment, has it got the legacy events in place, school programmes, all the things that go around a winning bid, and has it got fantastic people,” he said.

“I think that was all there for Liverpool.

“The other thing was there’s a soul to this place isn’t there, a warmth, a history, which I think also counts.”

He said final budgets for the contest were being “worked on”, but it would bring money into the city.

He added: “I think this is going to be really good value for money.”