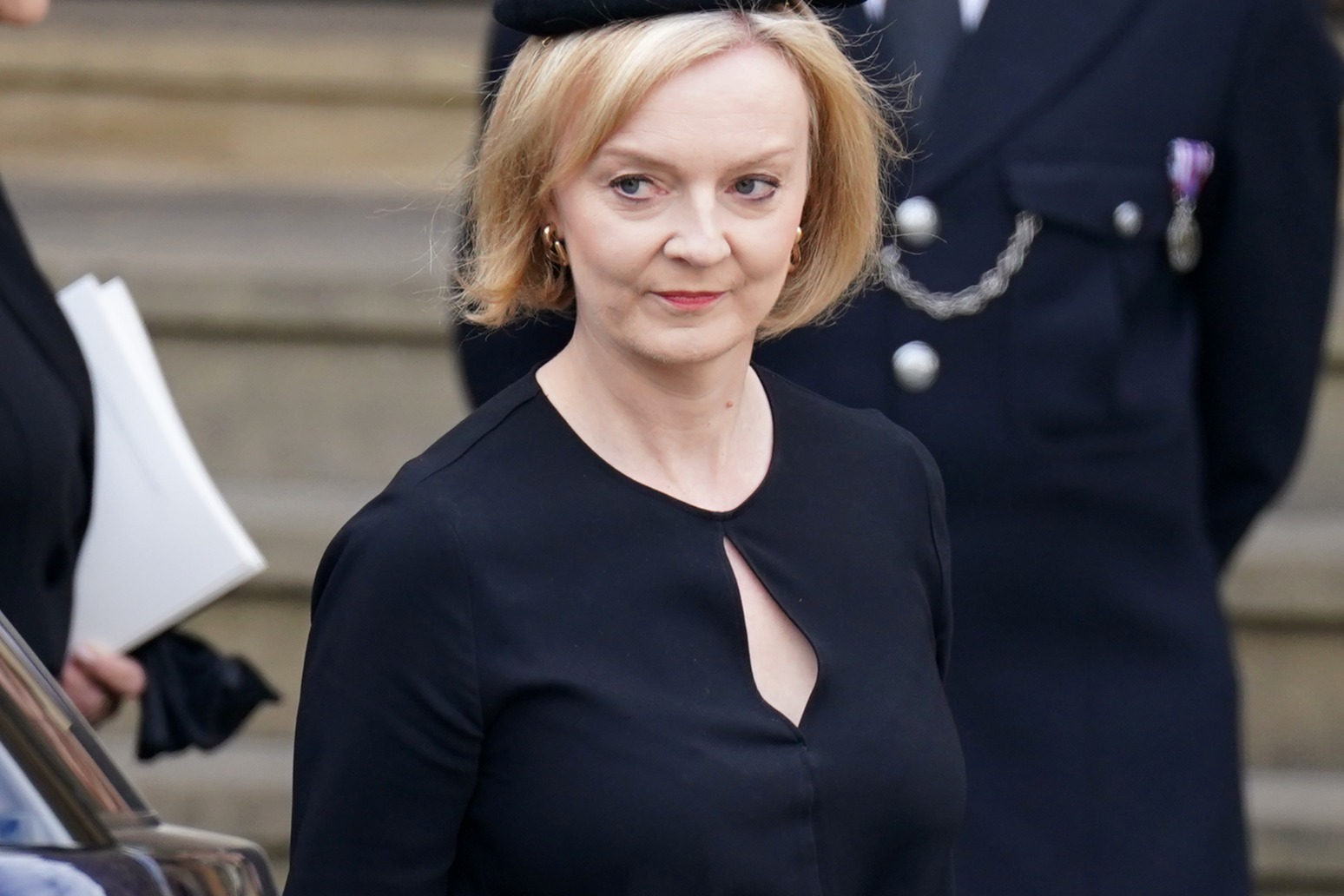 Liz Truss has described feeling “hugely honoured” that one of the Queen’s “last acts” was formally asking her to become Prime Minister.

She praised the “huge outpouring of love and affection” for the late monarch and recognised the “huge amount of warmth towards” her successor King Charles.

Ms Truss was speaking as she flew to New York for a United Nations summit after attending the Queen’s funeral on Monday.

The Queen’s death came two days after she formally appointed Ms Truss as Boris Johnson’s successor during a meeting in Balmoral Castle.

In an interview with reporters, Ms Truss said: “It has been a momentous period and a period of great grief and sadness in the United Kingdom, and I think you have seen a huge outpouring of love and affection for her late majesty as well as a huge amount of warmth towards King Charles III.

“Today at the funeral we saw such huge public support and I have also seen that from world leaders who have come to London in unprecedented numbers.

“From my own point of view, I am hugely honoured to have been invited to form a government by Her Majesty the Queen in one of her last acts.

“Since then, I have had two audiences with His Majesty and what I have seen is a huge outpouring of public warmth and support for him and for the whole royal family.”

Ms Truss made an address to the nation from Downing Street on September 8, just as the world was learning of the Queen’s death after seventy years on the throne.

The Prime Minister praised the support of civil servants, despite having been seen to have created friction with them in recent months.

“First of all, I have had the most tremendous support from the civil servants who’ve worked on the Bridges Secretariat (those who helped plan the Government response to the Queen’s death),” she said.

“The way what has been a very difficult moment for our nation has been handled tremendously.”

The Civil Service praise came amid a fall-out over the swift sacking of Treasury permanent secretary Sir Tom Scholar shortly after Ms Truss came to power.

Amid widespread criticism during the Tory leadership contest, she abandoned plans to cut civil servants’ pay outside London.