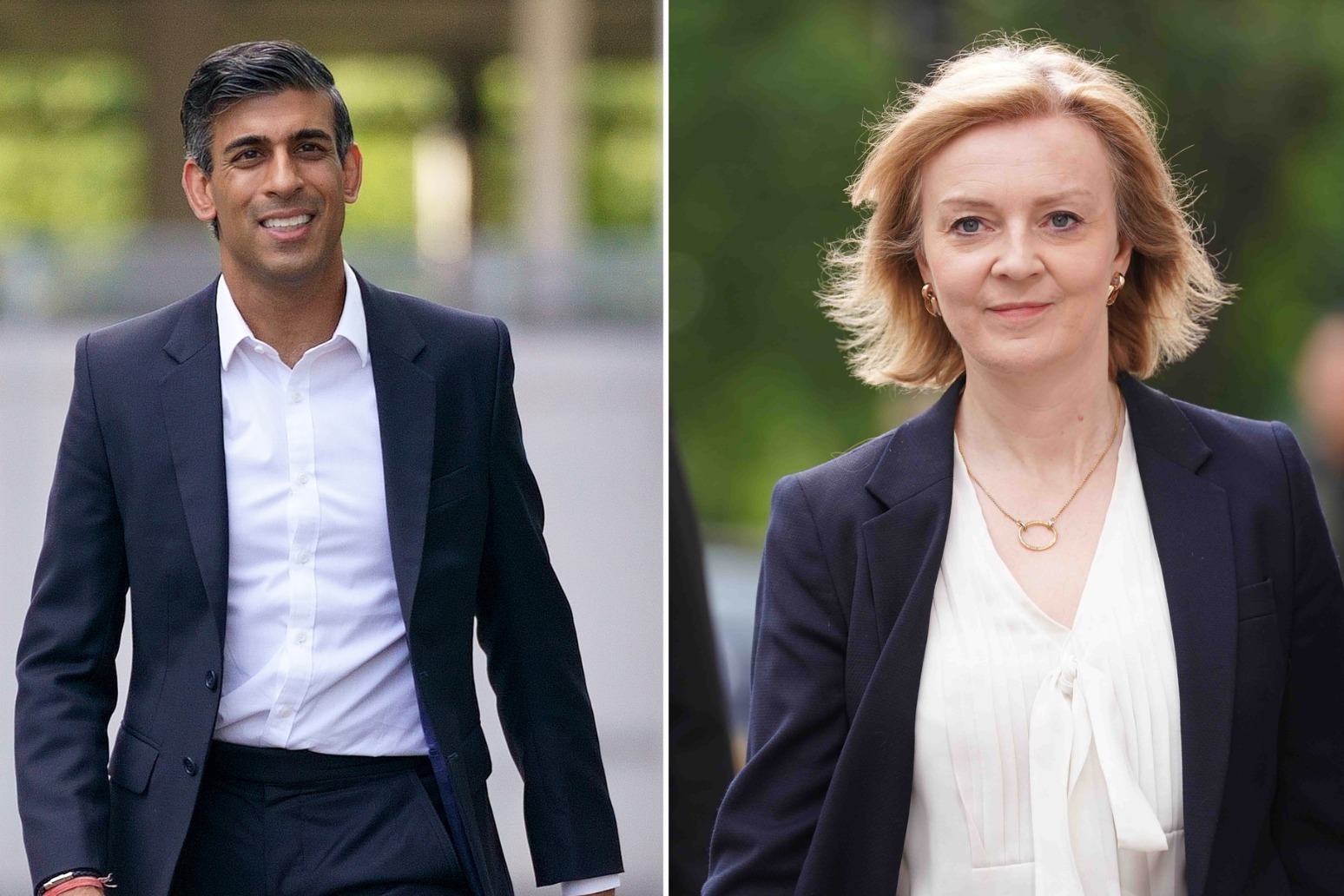 Rishi Sunak is still battling for support as the Tory leadership contest enters its final stages, an ally said, as Liz Truss faced criticism for pulling out of a major television interview.

The final hustings of the campaign takes place on Wednesday and voting closes at 5pm on Friday, with Mr Sunak acknowledging he is the underdog in the race.

But his supporter Matt Warman said the former chancellor is “still fighting absolutely for every vote”.

Ms Truss was due to face the BBC’s Nick Robinson for a face-to-face interview scheduled to be broadcast at 7pm but pulled out because she could “no longer spare the time”.

However, asked what events she was taking part in on Tuesday, her campaign said there was “nothing to flag today”.

A source from Ms Truss’s campaign said she is not taking part in the interview, which she had agreed to, as she focuses on winning as many votes as possible and preparing for government.

Robinson said he is “disappointed and frustrated”, while a source in Mr Sunak’s team said avoiding scrutiny “suggests either Truss doesn’t have a plan at all or the plan she has falls far short of the challenges we face this winter”.

Ms Truss had already declined to be interviewed by veteran broadcaster Andrew Neil on Channel 4, while Mr Sunak has faced him and multiple other one-on-one broadcast interviews.

She did take questions from a GB News audience in Leigh, Greater Manchester, in an hour-long programme earlier in August – something Mr Sunak has avoided.

Labour’s Chris Bryant said: “One sign of an authoritarian regime is when leaders only grant interviews to favoured journalists or simply refuse to be interviewed at all.”

Outgoing Prime Minister Boris Johnson was accused of not submitting to scrutiny when he refused to commit to interviews with Neil and other broadcasters during the 2019 general election campaign.

Ms Truss or Mr Sunak will be named as Tory leader on September 5 and the winner is expected to become prime minister the next day.

The contest, prompted by the resignation of Mr Johnson as Tory leader on July 7, is taking place as the country faces a cost-of-living crisis, with the energy price cap rising by more than 80% in England, Scotland and Wales, sending the average household’s yearly bill from £1,971 to £3,549.

The inability of Mr Johnson’s administration to make major decisions has led to claims from critics of a “zombie government” being in charge at a time of national crisis.

Mr Warman acknowledged the length of the Tory leadership contest has been “disruptive”.

“I don’t make the rules on how long it’s taken to go through this contest, but, I think, personally, I would have preferred it had it taken somewhat less time, yes,” the culture minister told Sky News.

“I think, when the party considers what the rules might look like going forward, that will, I suspect, be something that many people will take an interest in.

“But that’s not a problem that we can address right now – we’ve got less than a week until the new prime minister is in place.”

Meanwhile, Ms Truss used an article on the ConservativeHome website to promise to support and “reinvigorate our grassroots”.

Following by-election defeats to the Liberal Democrats in Chesham and Amersham, North Shropshire and Tiverton and Honiton, she also pledged to beef-up the Tory response to Sir Ed Davey’s party at Conservative Campaign Headquarters (CCHQ).

“I will increase funding for the LibDem Unit at CCHQ to ensure we can offer the best possible advice and support to associations and candidates facing strong Lib Dem challengers,” she said.

“As a recovered Lib Dem myself, I know that the issues and areas that they focus on are different to Labour and require a different approach.”