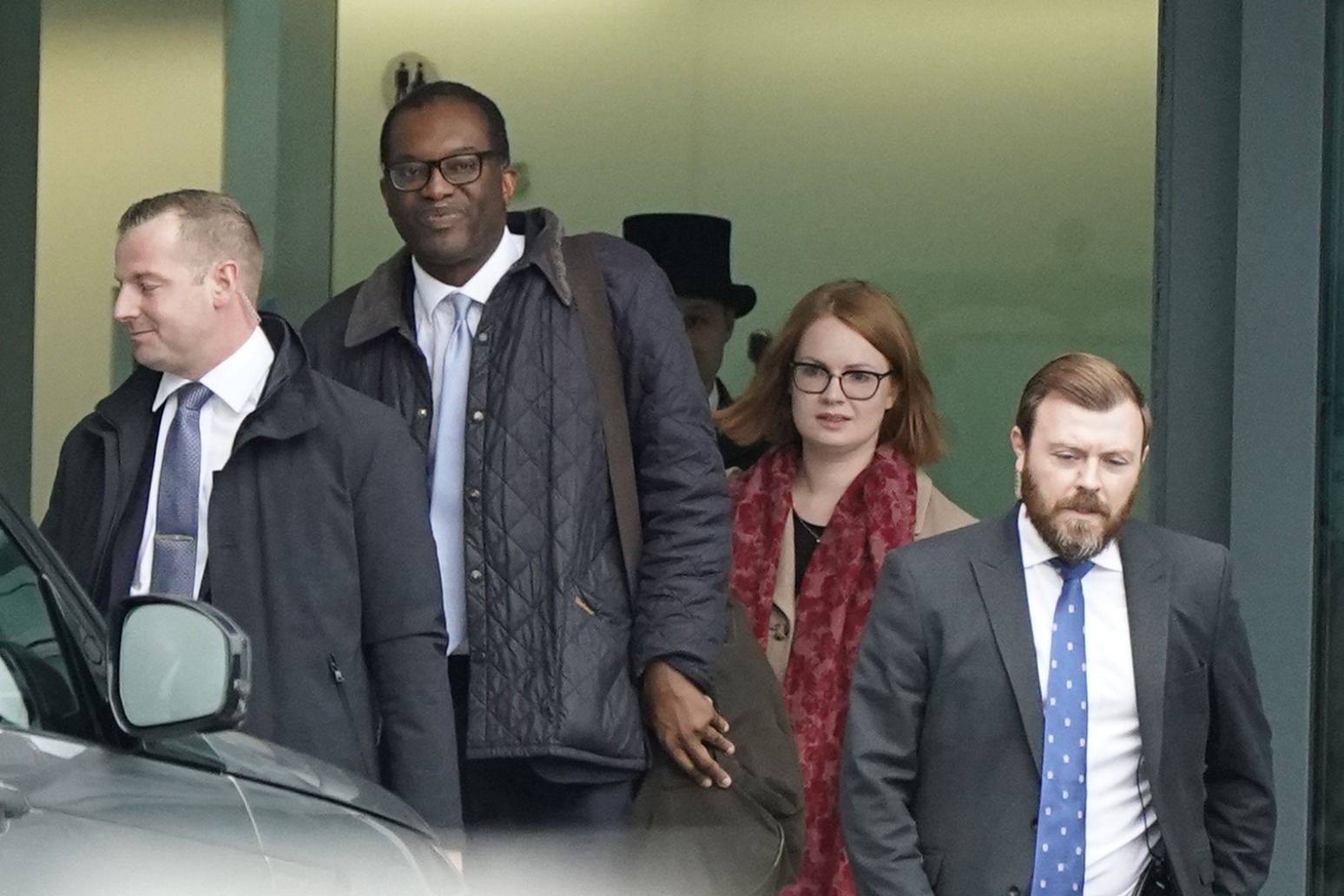 Prime Minister Liz Truss is to hold a press conference amid speculation of a major U-turn on Chancellor Kwasi Kwarteng’s mini-budget.

Mr Kwarteng flew back to London on Friday for crisis talks after cutting short a visit to the International Monetary Fund’s annual meeting in Washington.

It follows days of turmoil in the markets amid concerns about the impact of his £43 billion tax giveaway on the public finances.

Mr Kwarteng’s flight touched down at Heathrow Airport amid reports he will be sacked as Ms Truss seeks to shore up her battered authority among Tory MPs.

Earlier, trade minister Greg Hands brushed off suggestions Ms Truss could be forced to sacrifice Mr Kwarteng to save her job, insisting his position is “totally safe”.

“I know the Prime Minister has got total confidence in Kwasi Kwarteng,” he told Sky News, calling the Chancellor “an incredibly capable person, a very, very bright person who makes good judgment calls”.

Before he left the US, Mr Kwarteng answered “absolutely 100%” when asked if he will be in office in a month, adding: “I’m not going anywhere.”

The markets, meanwhile, were calmer in early trading after reports that a major climbdown is being prepared helped settle nerves among investors.

Mr Kwarteng initially insisted he stood by his economic growth plan and would be setting out how he intends to get public finances back on track in a statement on October 31 as planned.

But with few MPs believing he can afford to wait that long, he later said “let’s see” when asked if he could ditch his promise on corporation tax.

The commitment to scrap the planned increase in the levy on corporate profits from 19% to 25% is widely seen as likely to be the first element to go if the expected U-turn goes ahead.

Senior Conservative MP Mel Stride, who chairs the Commons Treasury Committee, said it is essential for the Government to act decisively if it is to restore confidence.

“The danger here is that they decide they are going to nibble at the edges of this and don’t think that will cut it,” he told the BBC.

“You could end up in that circumstance in the worst of worlds – that you’ve U-turned but it doesn’t settle the markets.”

A Treasury spokesman said: “After completing a successful series of meetings at the IMF (International Monetary Fund), the Chancellor is returning to London today to continue work at pace on the medium-term fiscal plan.”

Meanwhile, Mr Hands, who backed Rishi Sunak in the Tory party leadership race, also dismissed suggestions the former chancellor could be installed at the head of a new government on a joint ticket with his fellow contender Penny Mordaunt.

“I don’t recognise that story at all,” he said.

However, former culture secretary Nadine Dorries accused Mr Sunak’s supporters of agitating to get rid of the Ms Truss.

She tweeted: “They agitated to remove Boris Johnson and now they will continue plotting until they get their way. It’s a plot not to remove a PM but to overturn democracy.”

On the markets, government bonds and the pound steadied at the start of London trading on Friday as the Bank of England’s bond-buying programme comes to a close.

Meanwhile, the pound was 0.3% higher at 1.127 against the US dollar as trading sentiment improved.