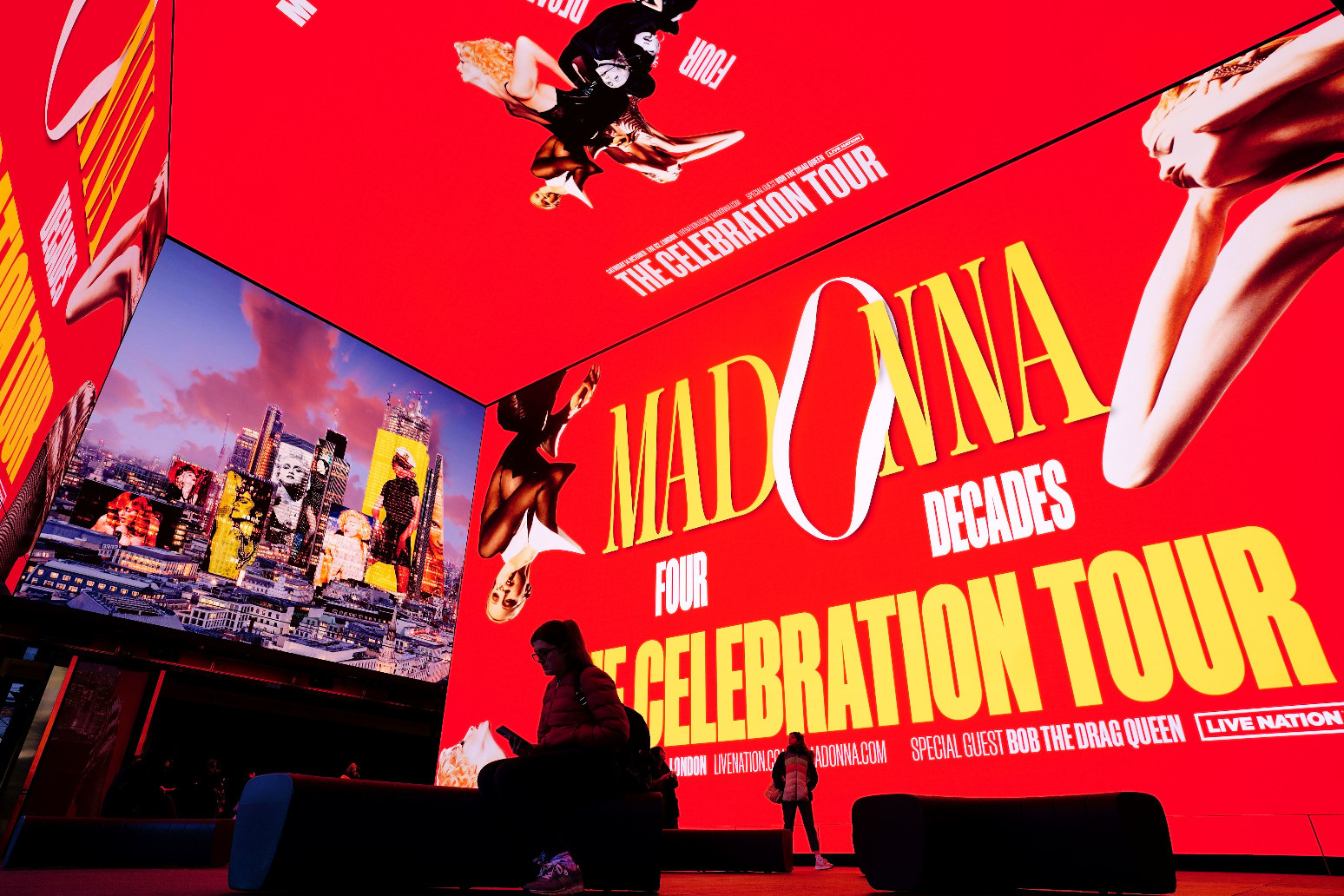 She will perform at the O2 in London, on the 14th and 15th of October

The Queen of Pop will visit 35 cities during Madonna: The Celebration Tour, which kicks off in Vancouver in Canada on July 15 and will be followed by stops across North America.

The 64-year-old will then cross over to Europe, where she will perform in 11 cities throughout the autumn.

The tour was expected to include just one performance at The O2 in London on October 14, as well as shows in Barcelona, Paris and Stockholm, and will finish at the Ziggo Dome in Amsterdam on December 1.

However, it was announced on Thursday that the pop megastar will also take to the stage at London’s O2 on October 15 in back-to-back performances.