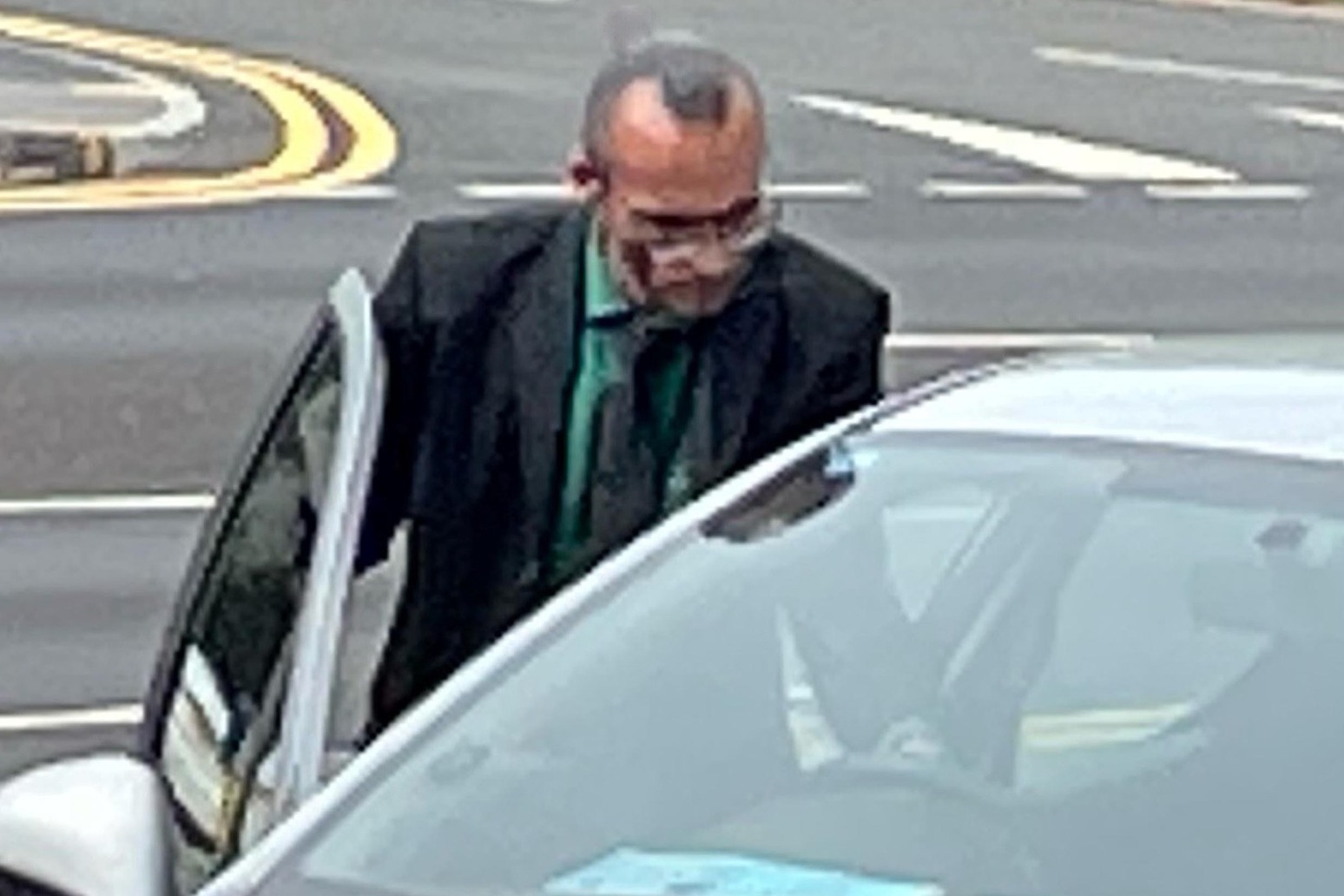 A man accused of setting up a “highly racist” and “highly antisemitic” podcast station called Radio Aryan has gone on trial.

The charges relate to audio files which were uploaded on or before May 17 2019 to on or before March 18 2021 to a website called Radio Aryan, which was later renamed Radio Albion.

The episodes are said to have been “insulting or abusive” about ethnic minorities, often uploaded along with inflammatory cartoons and given titles such as Rivers Of Blood, Banned In The UK, the Leftist Supremacist Mindset, and the Usual Suspects.

Prosecutor Ian Wright said it was the Crown’s case that Allchurch was responsible for distributing the audio recordings, was the owner of the website and the main host, despite often being joined by co-hosts and guests such as the founder of National Action, Alex Davies.

Allchurch, who is on bail, appeared in the dock wearing a dark green shirt, tie and dark blue suit with his black hair tied into a tight ponytail, with thin rimmed glasses and a walking stick.

He spoke only to confirm his name before the charges were read out to a jury of seven men and five women.

In previous hearings he asked to be referred to by his podcast name, “Sven Longshanks”.

The name is said to be a reference to King Edward I, also known as Edward Longshanks, who was responsible for expelling Jews from England in 1290.

Mr Wright told the jury: “These recordings are insulting or abusive and were distributed with intent to stir up racial hated.

“It’s the case for the prosecution that this defendant was responsible for the creation of these audio files, which were highly racist and highly antisemitic in nature.

“While the name changed from Radio Aryan to Radio Albion, we submit the virulently racist content of the website remained unchanged.”

Mr Wright added that the content was “white supremacist in nature”.

During the hearing, a clip from an episode entitled May Refuses to Step Down, about Brexit negotiations, was played in which Allchurch introduces a song that he says is “one of his favourite tracks”.

The episode, relating to count eight on the indictment, is more serious than the other charges as it was deemed “threatening” as well as abusive or insulting.

The song’s lyrics include overt references to hanging black and Jewish people and claims society was better both 200 years ago when black people were enslaved, and 80 years ago when Adolf Hitler was persecuting Jews in Europe.

Themes of other episodes included Allchurch discussing negative stereotypes of black and Asian people, and the idea that “non-white” people are responsible for all the crime and violence in the UK.

Several episodes were dedicated to talking about Jewish people and claims they are controlling the media, banks and TV and film industries.

Allchurch discussed with others including Laurence Nunn, also known as Max Musson, one of the station’s hosts, the idea that the world is currently in a “race war”, and advocated for racial segregation.

Another who featured on Radio Aryan was Daniel Kenneth Jeffries, who went by the nickname Grandpa Lampshade and later Grandpa Dan. Jeffries is an American neo-Nazi member of The Daily Stormer.

Each of the 15 podcasts will be played to the court during the trial.

Mr Wright said Allchurch was arrested by police on December 17 2019 on suspicion of stirring up racial hatred.

Officers searched his home and found a laptop which had the Radio Aryan podcast episodes downloaded on it.

A number of his usernames and passwords were found in a notebook, and included keys such as JewsAreTheEnemy, RaceWarMessiah and reference to the numbers 14 and 88 both of which are “ubiquitous” with the white supremacist movement.