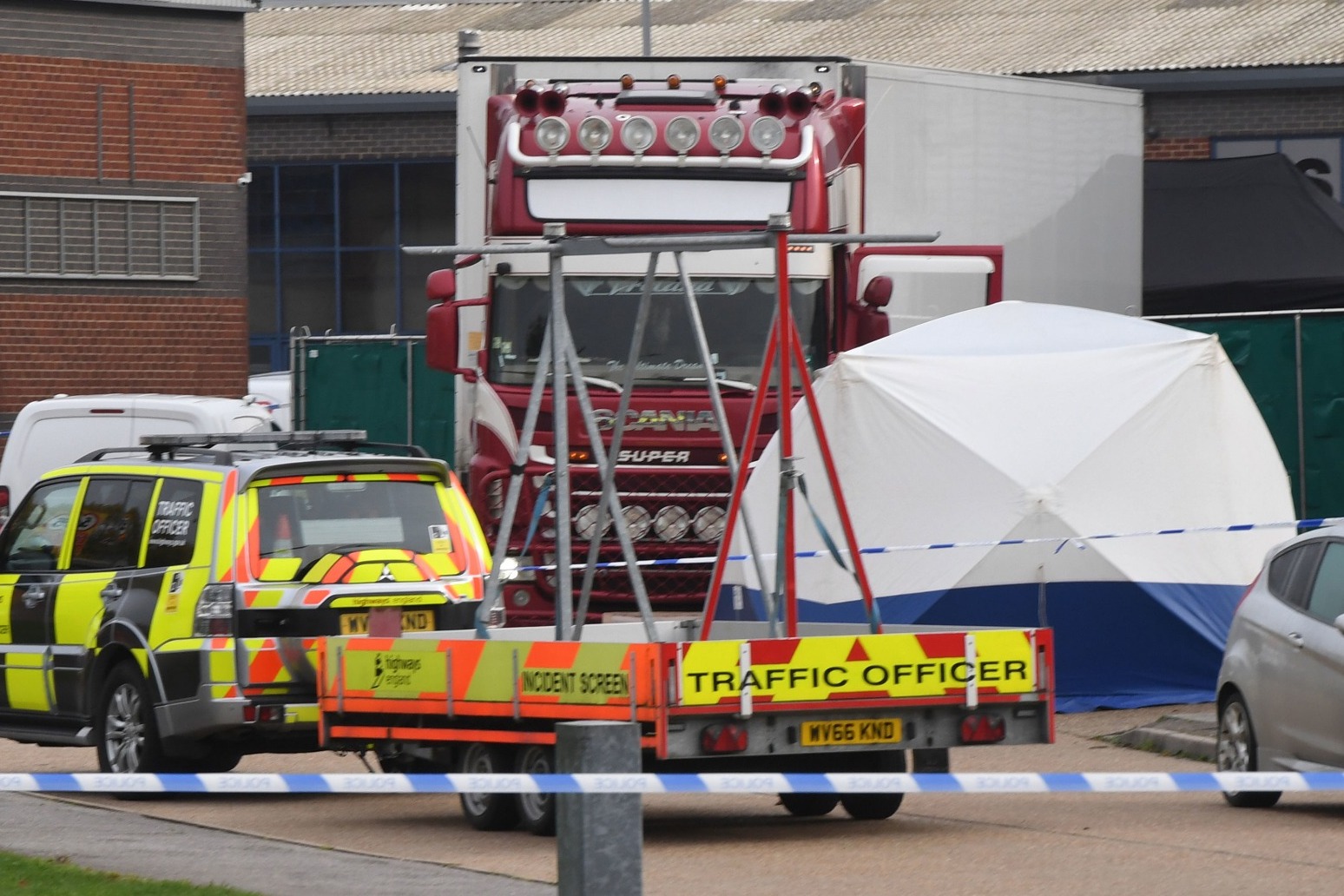 A man has appeared in court accused of manslaughter and being part of a conspiracy which led to the deaths of 39 Vietnamese nationals found in a lorry in Essex.

The bodies were discovered in the back of the lorry trailer which had been transported by ferry from Zeebrugge in Belgium to Purfleet early on October 23 2019.

Marius Mihai Draghici, 49, was detained by police in Romania in August, and appeared at Chelmsford Magistrates’ Court on Saturday accused of being involved.

His name, age and date of birth were confirmed during the hearing.

Draghici is suspected to have been part of a network that co-ordinated immigrants’ illegal journeys to the UK.

He was remanded in custody until November 28 when he will appear at the Old Bailey.

The defendant faces 39 counts of manslaughter and conspiracy to assist unlawful immigration.