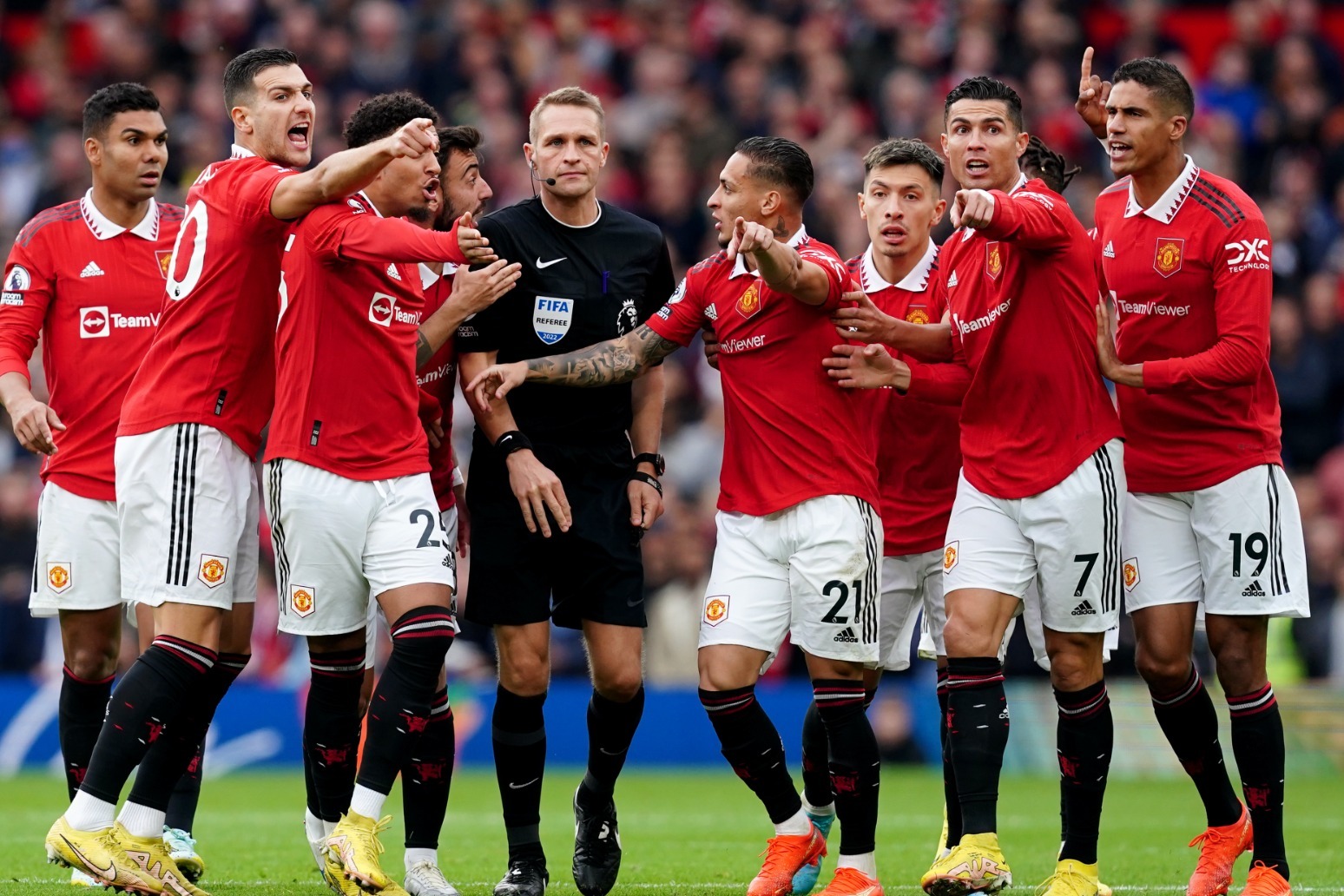 Manchester United have been hit by an £82,000 Football Association fine for failing to control their players in two Premier League matches last month.

Erik ten Hag’s side have been sanctioned for the team’s behaviour in the 0-0 home draw with Newcastle on October 16 and 1-1 draw at Chelsea six days later.

Cristiano Ronaldo and furious team-mates surrounded referee Craig Pawson in the 49th minute against Newcastle, claiming Fabian Schar had taken a free-kick, meaning he was free to nip in to score.

When United played the following week at Stamford Bridge, a number of players surrounded Stuart Attwell in the closing stages after he awarded the hosts a penalty for a Scott McTominay foul on Armando Broja.

The FA said in a statement: “Manchester United FC has been fined £82,000 in total for breaching FA Rule E20.1 during its Premier League matches against Newcastle United FC on Sunday 16 October and Chelsea FC on Saturday 22 October.

“Manchester United FC admitted that it failed to ensure its players conducted themselves in an orderly fashion during the 49th minute of the Newcastle United FC game and the 84th minute of the Chelsea FC fixture.

“Independent Regulatory Commissions imposed fines of £45,000 and £37,000 for the respective breaches in the Newcastle United FC and Chelsea FC matches during separate hearings.

“The independent Regulatory Commissions’ written reasons for these individual sanctions will be published in due course.”