Many trapped in Florida as hurricane Ian hits 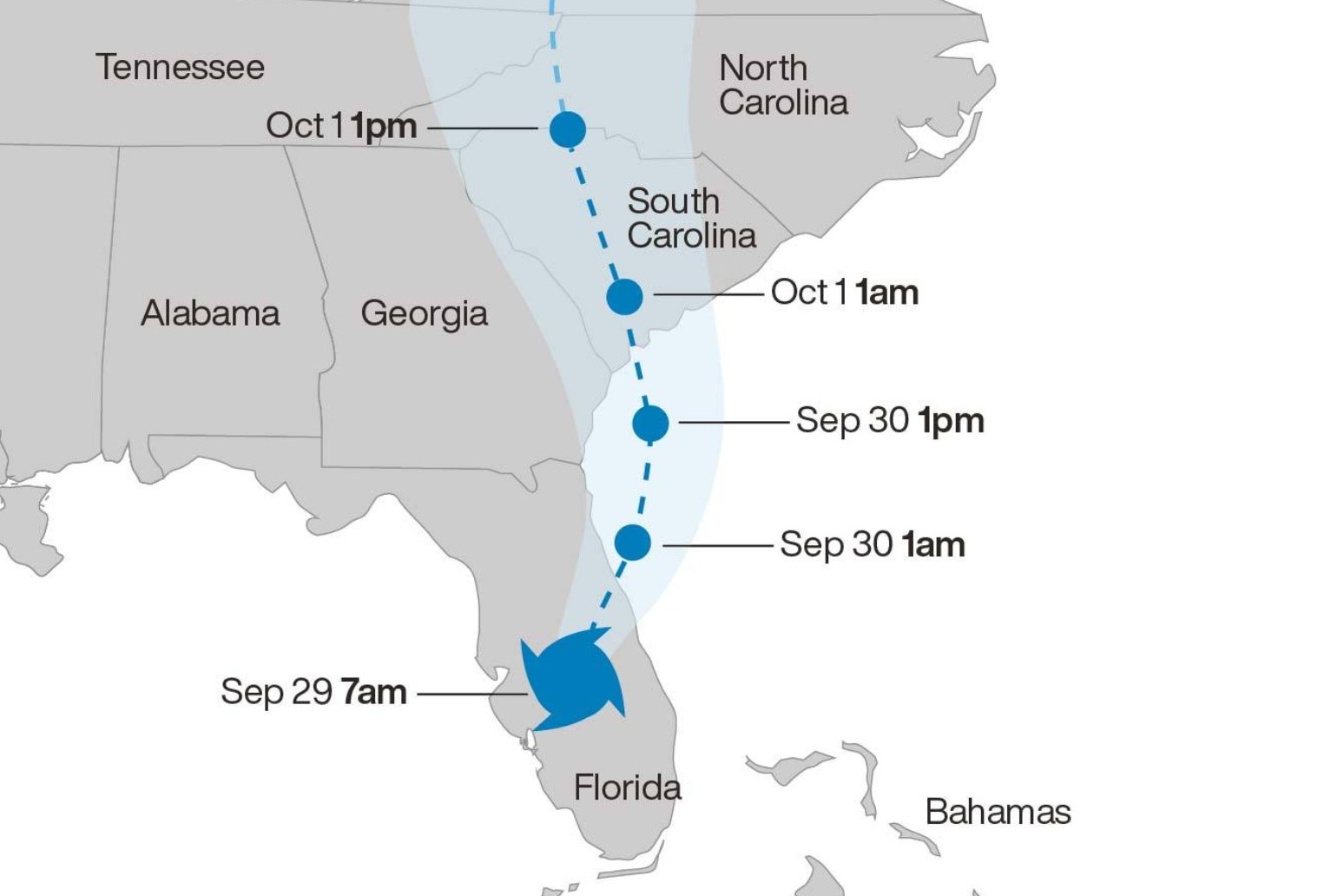 Rescue crews are trying to save people trapped after Hurricane Ian destroyed a cross-section of Florida bringing torrential rain and strong winds.

The destruction began to come into focus a day after Ian made landfall in Florida as one of the strongest hurricanes ever to hit to the US.

The storm flooded homes on both of the state’s coasts, cut off the only bridge to a barrier island, destroyed a historic waterfront pier and knocked out electricity to 2.5 million Florida homes and businesses. At least one man was confirmed dead.

“The amount of water that’s been rising, and will likely continue to rise today even as the storm is passing, is basically a 500-year flooding event.”

Though downgraded to a tropical storm by Thursday morning, the National Hurricane Centre said storm surge and flooding rains remained a threat as Ian crept across the Florida peninsula and emerged in the Atlantic Ocean.

Forecasters predicted a northward turn toward South Carolina, and a hurricane warning was issued for the state’s coastline.

Sheriffs in south-west Florida said 911 centres were inundated by thousands of stranded callers, some with life-threatening emergencies.

The US Coast Guard began rescue efforts around daybreak on barrier islands near where the Ian struck, Mr DeSantis said. Fire departments fanned out in flooded areas as well.

In the Orlando area, Orange County firefighters used boats to reach people in a flooded neighbourhood.

A photo the department posted on Twitter showed one firefighter carrying someone in his arms through knee-deep water. At an area nursing home surrounded by water, patients were carried on stretchers across floodwaters to a waiting bus.

Authorities confirmed at least one Florida death — a 72-year-old man in Deltona who fell into a canal while using a hose to drain his pool in the heavy rain, the Volusia County Sheriff’s Office said.

Two other storm deaths were reported in Cuba after Ian struck the island nation earlier.

Lee County Sheriff Carmine Marceno said his office was scrambling to respond to thousands of 911 calls, but many roads and bridges in Fort Myers and the surrounding area remain impassable.

“It crushed us.” Mr Marceno told ABC’s Good Morning America. “We still cannot access many of the people that are in need.”

Emergency crews sawed through toppled trees to reach stranded people. Many in the hardest-hit areas were unable to call for help amid widespread electrical outages.

A chunk of the Sanibel Causeway fell into the sea, cutting off access to the barrier island where 6,300 people normally live.

South of Sanibel Island, the historic beachfront pier in Naples got destroyed, with even the pilings underneath torn out, as towering waves crashed over the structure.

“Right now, there is no pier,” said Penny Taylor, a Collier County commissioner.

In Port Charlotte, a hospital’s emergency room flooded and fierce winds ripped away part of the roof, sending water gushing down into the intensive care unit.

The Florida Highway Patrol shut down the Florida Turnpike in the Orlando area and said the main artery in the middle of the state will remain closed until water subsides.

Ian struck Florida as a monstrous Category 4 storm, with 150 mph winds that tied it for the fifth-strongest hurricane ever to hit the US.

Even after weakening, Ian’s tropical-storm-force winds still reached 415 miles from its centre.

The hurricane centre warned storm surge of 6ft or more was possible from Daytona Beach, Florida, to north of Charleston, South Carolina.

And rainfall of up to 8in (20.32cm) threatened flooding in the Carolinas and Virginia.

“It doesn’t matter what the intensity of the storm is. We’re still expecting quite a bit of rainfall,” Robbie Berg, senior hurricane specialist with the National Hurricane Centre, said in an interview with The Associated Press.