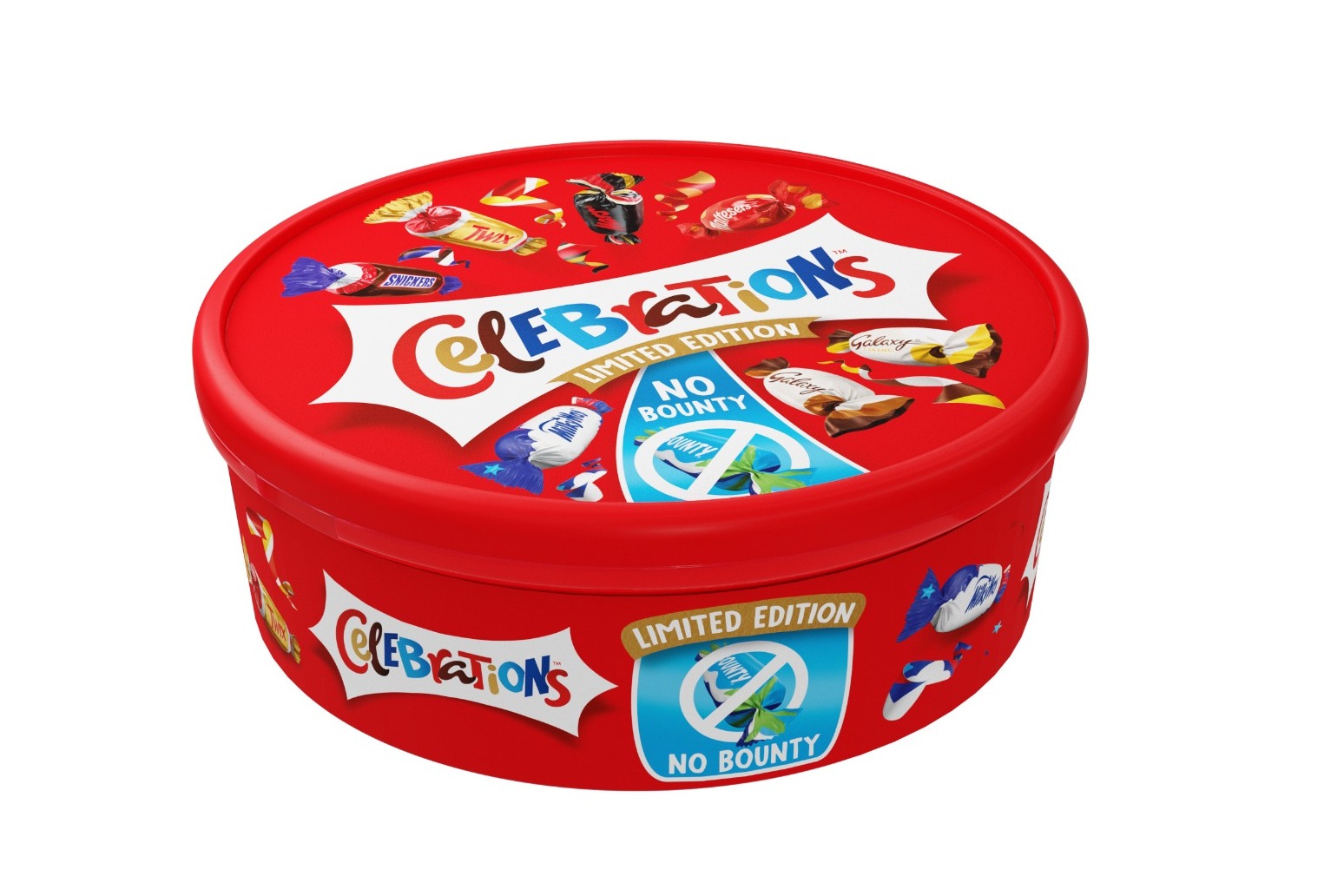 Mars Wrigley is to remove Bounty bars from its Celebrations chocolate tubs in a pre-Christmas trial after finding 39% of consumers want the coconut-flavoured treats banished for good.

Customers at selected Tesco Christmas Market sites will be able to exchange tubs bought in store that day for a new “No Bounty” alternative until December 18.

The limited edition tubs will include additional Mars, Snickers, Milky Way, Galaxy and Maltesers sweets to make up for the missing Bounty bars.

Mars Wrigley said its own research of 2,000 Britons aged between 18 and 65 suggested that 18% would feel irritated to find only Bounty bars were left in the tub, while 58% believed it would lead to a family argument.

While 39% wanted the bars gone for good, 22% liked Bounty the least of all the tub’s options.

Some 28% were of the opinion that coconut had no place in a chocolate bar at all.

However, Mars Wrigley said it was not prepared to make a final decision yet after 18% named the Bounty as their favourite.

Polling suggested it was popular with a more mature palette, with 38% of over-55s choosing it as their preferred bar.

It follows a Bounty Return Scheme last year, in which Bounty-haters were able to return their unwanted chocolates and swap them for Maltesers after the Christmas period.

Celebrations senior brand manager Emily Owen said: “Last year, we gave customers the opportunity to return their unwanted Bounty chocolates. Now, off the back of public demand, we’re trialling taking them out of the tub altogether.

“You don’t know what you’ve got until it’s gone. And to those loyal – and secret – Bounty lovers out there, there’s still a chance they’ll make a return after the trial.”

The trial is rolling out across 40 Tesco Christmas Market locations, beginning at Baguley Extra in Manchester on November 8 and ending at Gallions Reach Extra in London on December 18.