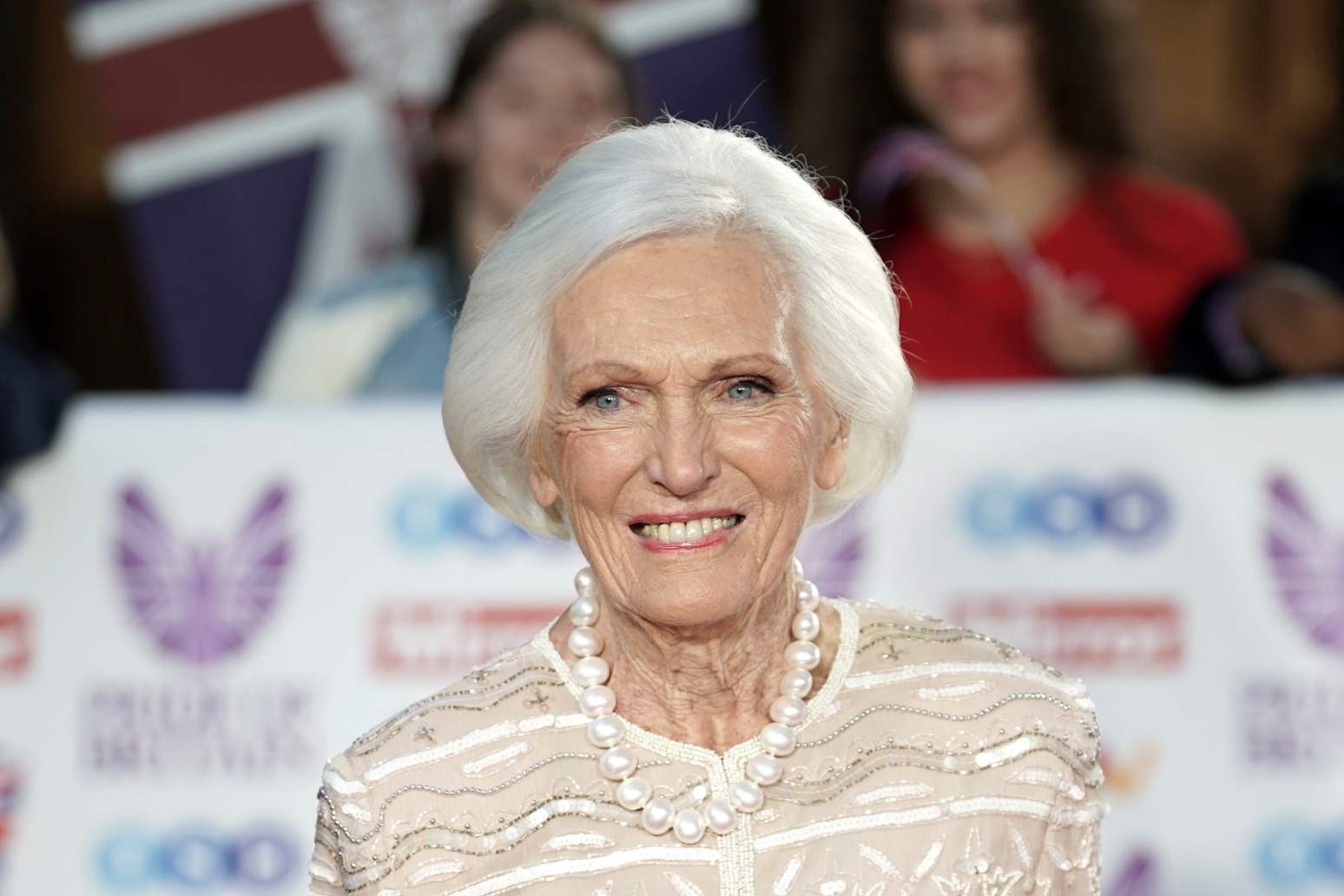 Dame Mary Berry has revealed she wraps her Christmas turkey in a sleeping bag after it is cooked to keep it insulated while she has drinks before the big festive meal.

The former Great British Bake Off judge, 87, has written more than 80 cookery books during her career where she shares her tips and new recipes for every season.

She said: “I roast the turkey at home, and I’ve learned not to overcook it. So many times, even I have overcooked it.

“This time I’m cooking it without foil, I shall cover it with foil once it’s done, then I shall put some tea towels over the top.

“I’ve got an old sleeping bag that’s got no zip and I put that over the top in the corner of the kitchen and then I shall take that in the back of the car to Annabel’s (Dame Mary’s daughter).

“Once you take it out of the oven, it goes on cooking. And so you want to insulate that.

“I shall pop it in the back of the car inside its sleeping bag and we’ll be having drinks and lots of jollity until we need to carve it.”

As part of the BBC’s festive programming, she will be hosting Mary Berry’s Ultimate Christmas, due to air on December 19, where she reveals more of her tips for the Christmas feast.

She will also be joined by Hartnett, former MasterChef: The Professionals judge Monica Galetti and TV star Rylan Clark, introducing the latter to Brussels sprouts during the special.

She ended her time on the show after it moved from the BBC to Channel 4 in 2017.

Reflecting on her stint on the hit baking competition, she said: “I did seven years and loved every minute of it.

“The idea from Anna Beattie will always be good, it’s a brilliant format.

“It’s encouraging everybody to bake. And we had such fun: Mel and Sue and Paul and me, we used to play cards when there was downtime, all funny jokey things.

“And of course, it was a godsend during Covid for those who, particularly young people, who were cooped up in Covid, they could actually bake and do things.”

She added that she always tried to give some “positive thoughts” to the bakers no matter what happened.

“If something goes down in the middle, the person who’s cooked it is so upset, and it didn’t do that when they were at home,” she said.

“As a judge, if I come along and say, ‘But the flavour of that is quite something, you put a little bit more lemon than everybody else and it is perfect.’ I don’t want tears.”

Following Bake Off’s move to Channel 4, Noel Fielding and Sandi Toksvig took over as presenters, with Hollywood joined by Dame Prue Leith as a judge.

Toksvig was later replaced by comedian Matt Lucas, who completed three series before announcing last week that he was stepping down from the role due to other scheduling commitments.

Dish, hosted by Nick Grimshaw and Angela Hartnett, is available on all podcast providers now.