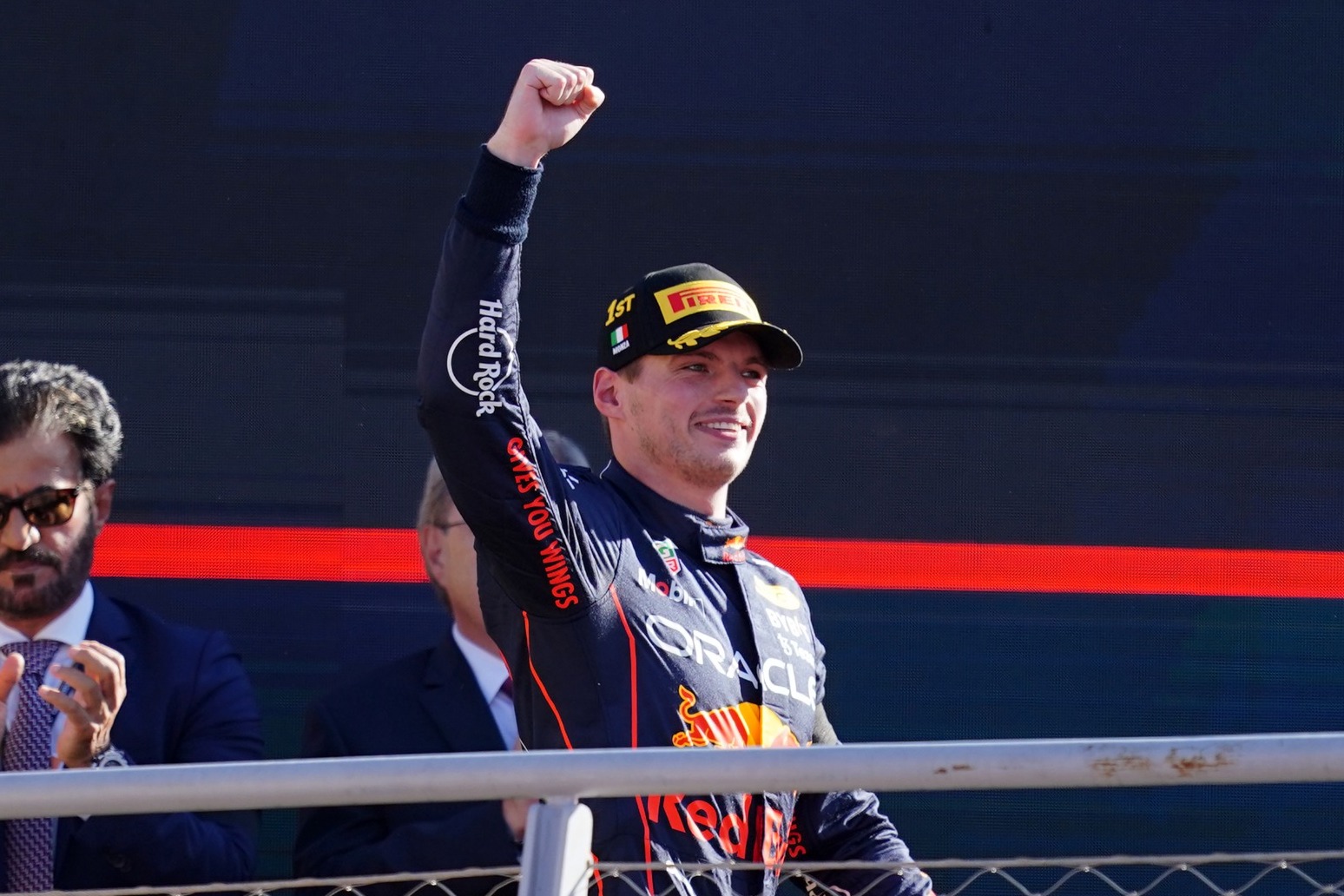 Max Verstappen was crowned Formula One world champion in confusing circumstances as he won a rain-affected Japanese Grand Prix.

There were only 28 laps completed in Suzuka but full points were awarded as the race was resumed after a red flag had caused a delay of over two hours.

Verstappen took the chequered flag following a fine display after the restart and was crowned champion as Red Bull team-mate Sergio Perez was promoted to second after the Ferrari of Charles Leclerc has penalised for gaining an advantage having run off the track at the final corner.

Even though the title was decided, the race will be overshadowed by a near miss between Pierre Gasly and a recovery tractor – which left the sport with questions to answer over the safety of their drivers.

The incident was condemned up and down the pitlane as the teams and drivers waited for a restart announcement that came at 16:15 local time.

Verstappen led from the front to claim victory, Perez completing a Red Bull one-two after Leclerc was handed a five-second penalty having run wide at the final corner and gaining an advantage.

Confusion hit the paddock as it was unclear if Verstappen had been awarded half-points due to the truncated nature of the race – before it was confirmed full points were given.

Even Red Bull’s social media accounts delayed announcing their man as double world-champion as his title victory – much like in Abu Dhabi last year – was anything but clear.

Red Bull went into this weekend under a cloud, with the sport’s governing body, the FIA, delaying its findings into whether any of the grid’s teams have broken the financial rules until Monday.

It was anticipated that the FIA would reveal on Wednesday those that failed to comply with last season’s £114million cap.

The Dutchman, however, now has back to back championships in a season he dominated and with four races still remaining.

George Russell was eighth for Mercedes with Nicholas Latifi ninth and Lando Norris rounding out the top 10.

With the race starting under heavy rain, Gasly had collected a piece of advertising barrier and pitted at the end of lap one as a safety car was deployed to allow Carlos Sainz’s stricken Ferrari to be cleared away following a crash.

The race was then delayed as conditions worsened, but as Gasly attempted to catch the other drivers, he passed a recovery vehicle that had been sent out without the knowledge of the drivers.

“I could have killed myself,” Gasly fumed as he spoke to his pit wall with the race restart delayed, the incident evoking memories of a similar incident here in 2014 which saw Jules Bianchi die following a crash with a recovery tractor.