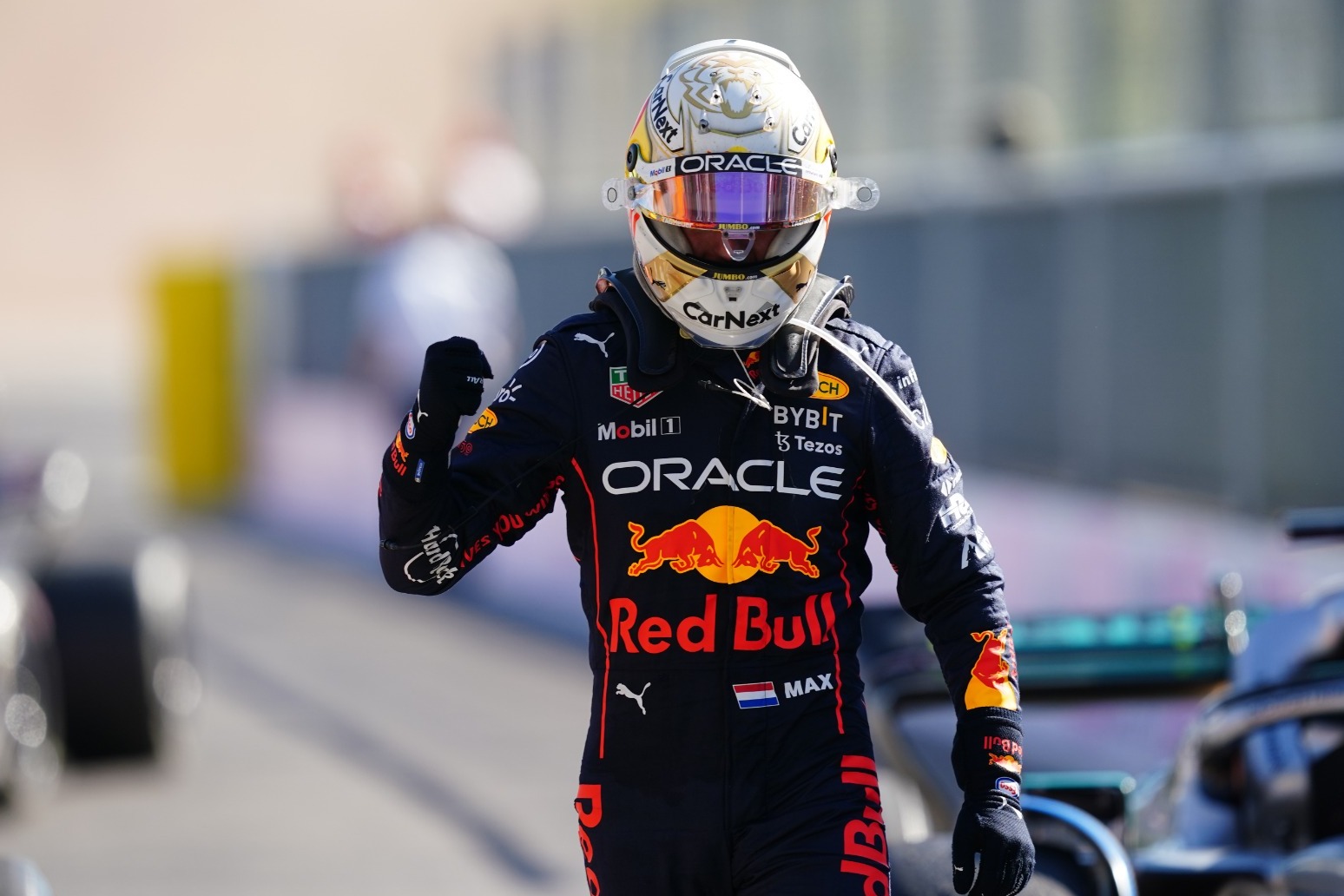 Max Verstappen continued what could be a title-winning weekend by storming to the fastest time in final practice for the Japanese Grand Prix.

The Red Bull driver could retain his drivers’ championship in Suzuka and he set the pace in the first dry session of the weekend.

Victory with the fastest lap of the race on Sunday would seal a second title for the Dutchman, regardless of the result of his rivals.

His time of one minute, 30.671 seconds was almost 0.3 seconds faster than the Ferrari of Carlos Sainz, with Charles Leclerc third.

Fernando Alonso’s Alpine was fourth ahead of the sister Red Bull of Sergio Perez and the Mercedes pair of George Russell and Lewis Hamilton, who had gone fastest in Friday’s wet session.

Lando Norris was eighth for McLaren with Esteban Ocon ninth and Lance Stroll’s Aston Martin rounding out the top 10.

F1 returned to Japan this year for the first time since 2019 and could see Verstappen toast another title.

The 25-year-old insists he remains fully focused on the track as the furore over the 2021 budget caps rumbles on.

With the FIA set to announce their findings on Monday, Verstappen will be keen to seal this year’s title in advance of any potential fall-out.