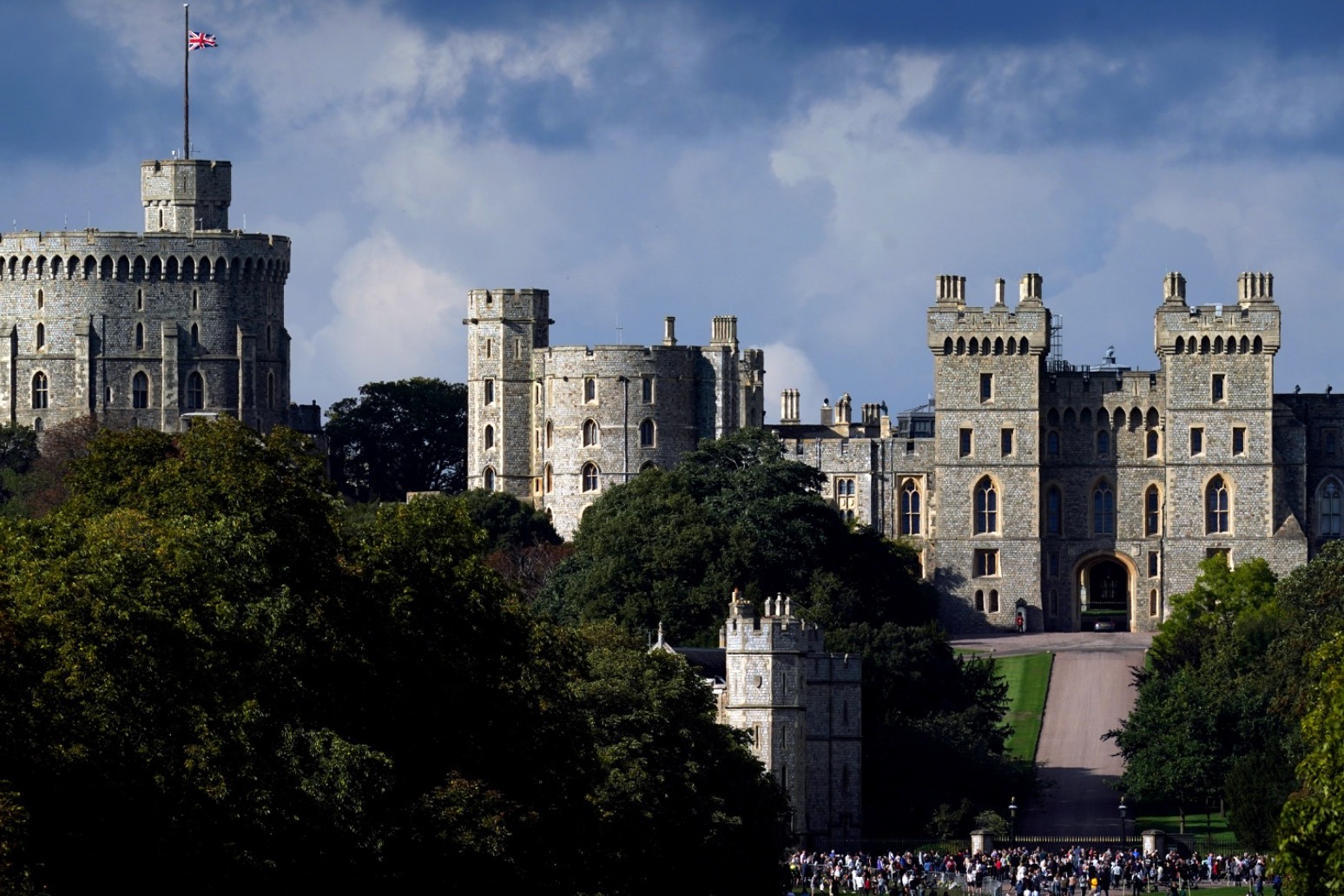 The Prince and Princess of Wales have been joined by the Duke and Duchess of Sussex on a walkabout at Windsor Castle as their first engagement under their new titles.

Harry and Meghan joined William and Kate in public together for the first time since Commonwealth Day on March 9 2020, as they inspected flowers and balloons before a walkabout at the venue on Saturday.

A royal source said the new Prince of Wales asked his brother and his wife to join them in viewing the tributes.

The source said: “The Prince of Wales invited the Duke and Duchess to join him and the Princes of Wales earlier.”

The last time William was joined in public by his brother at Windsor Castle was at the funeral of the Duke of Edinburgh in April last year.

The couples were dressed all in black as they walked along the gates of the castle.

The duke and duchess held hands as they looked at the tributes, with Harry at one point affectionately putting his hand on Meghan’s back.

Each member of the royal family was seen pointing at different tributes and discussing them amongst each other as members of the crowd waved at them.

William and Kate and Harry and Meghan then greeted well-wishers at Windsor Castle with a number holding up mobile phones to take a photo of the royals.

A crowd at the castle broke out into applause as the couples approached members of the public and spoke to them.

William was seen speaking intently to a member of the crowd, at one moment shaking a woman’s hand. Both William and Kate could be seen thanking people.

Kate crouched down at one moment and began speaking to a child who had started to cry. The child stopped crying when Kate approached her.

Meghan was also seen shaking the hands of several children and well-wishers at Windsor.

The duke and duchess were handed bunches of flowers by the crowd which they both accepted.

William and Kate were also given bunches of flowers by members of the crowd as one visitor waved a Welsh flag in the background.

At one moment, a small Paddington Bear was given to William, which he passed on to an aide.

He was seen lightly touching Kate’s back at one moment as she crouched down again to speak to a child at the front of the gates.

The crowd was heard chatting excitedly and taking photographs as William and Kate and the Duke and Duchess of Sussex stopped to speak to each person at the front of the barriers.