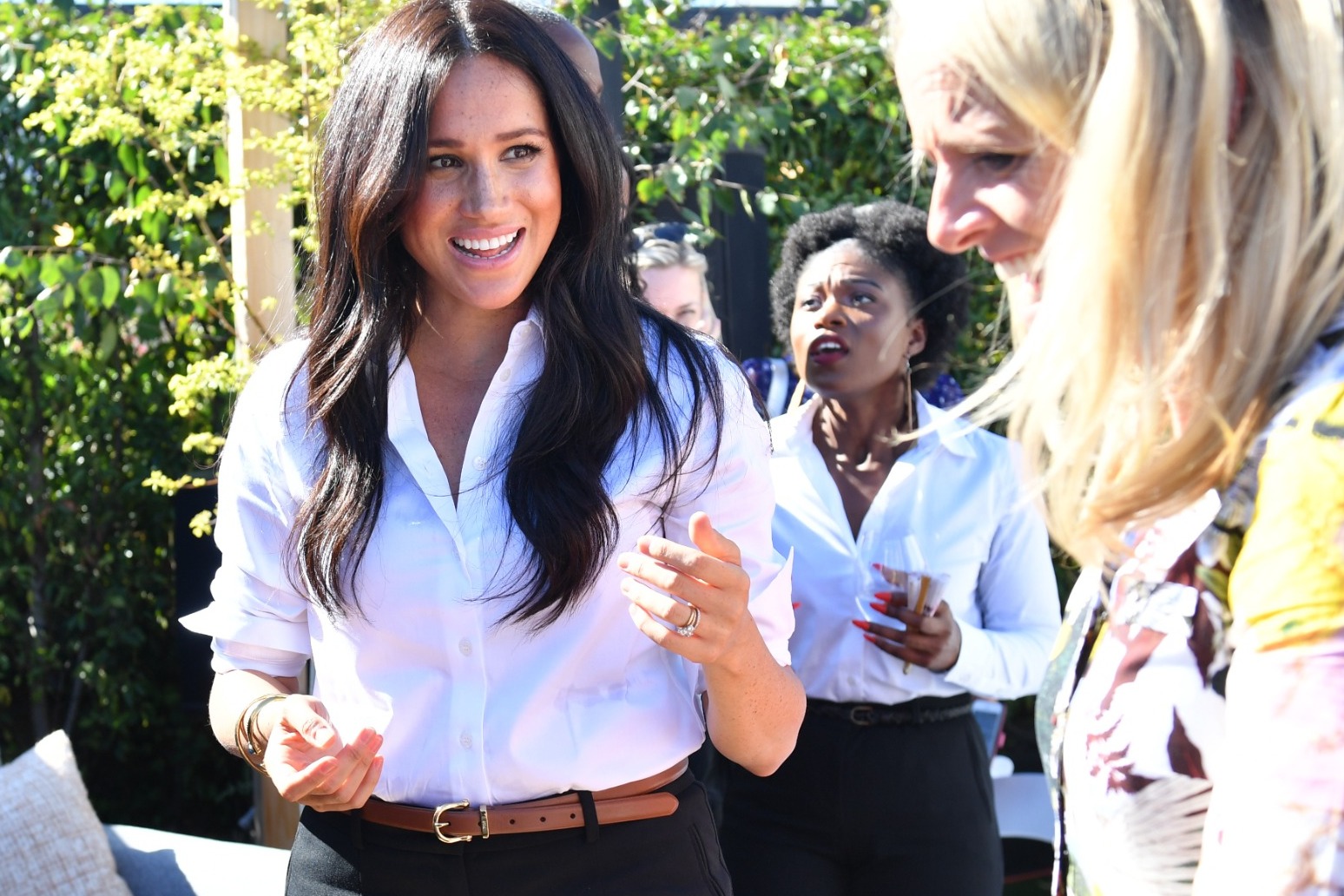 The Duchess of Sussex has insisted she will not appear in a reality show and stopped watching the Real Housewives series when her life had its “own level of drama”.

Meghan’s remarks come ahead of her Netflix docuseries which is reported to be airing next week, focusing on the Sussexes’ own story.

The duchess chatted to male guests for the season finale of her podcast Archetypes – a suggestion which came from the Duke of Sussex.

Real Housewives executive producer Andy Cohen quizzed Meghan on whether she still watched the Housewives TV franchise which follows the lives of affluent women in different cities in the US and the UK, joking he would build a show around her.

The duchess said: “I stopped watching the Housewives when my life had its own level of drama that I stopped craving…” , with Cohen injecting “other people’s”, and Meghan agreeing “Yeah.”

Meghan, who said she had been “such a Housewives fan”, married into the royal family in 2018, but quit as a senior royal with Harry in 2020 amid the Megxit crisis, going on to accuse an unnamed royal of racism.

Cohen, also the host of US talk show Watch What Happens Live, told Meghan there was speculation in Los Angeles when she moved back to the US that she could join the Beverly Hills Housewives.

“I never heard that … you mean really this is my audition for Real Housewives in Montecito?” she remarked.

Cohen joked: “You don’t have to audition. We’ll build the show around you.”

“There will be no reality show”, Meghan said laughing, with Cohen replying: “I know, I know.”

Cohen said the series in “a crazy, crazy way, is actually one of the most feminist shows on TV”, adding that it was about women in their 50s “who are so in touch with their sexuality, but they don’t need men to define them”.

Former actress Meghan also told Cohen how she had met him twice, but he had forgotten and how she wanted to be on his talk show while starring in Suits but was not invited to appear.

“I was so eager to be on your show because I was such a Housewives fan at the time and I just couldn’t get booked, Andy,” she said.

He remarked: “It is now the biggest blunder in the 13 years of the show.”

The episode called Man-ifesting A Cultural Shift, which ran to one hour and 22 minutes, was pitched as focusing on how men feel about archetypes and the effort to move beyond them.

Meghan said it was her husband Harry who suggested she include male guests.

“It also occurred to me, truth be told, at the suggestion of my husband, if we really want to shift how we think about gender and the limiting labels that we separate people into then we have to broaden the conversation. We have to actively include men,” she said.

The duchess described them as “very thoughtful men … who’ve been behind some of the most successful movies and TV shows but also who are part of cultural conversation in such an impactful way”.

Meghan said: “I thought for this final episode, wouldn’t it be interesting to sit with some men, hear their thoughts and see what they think of archetypes?”