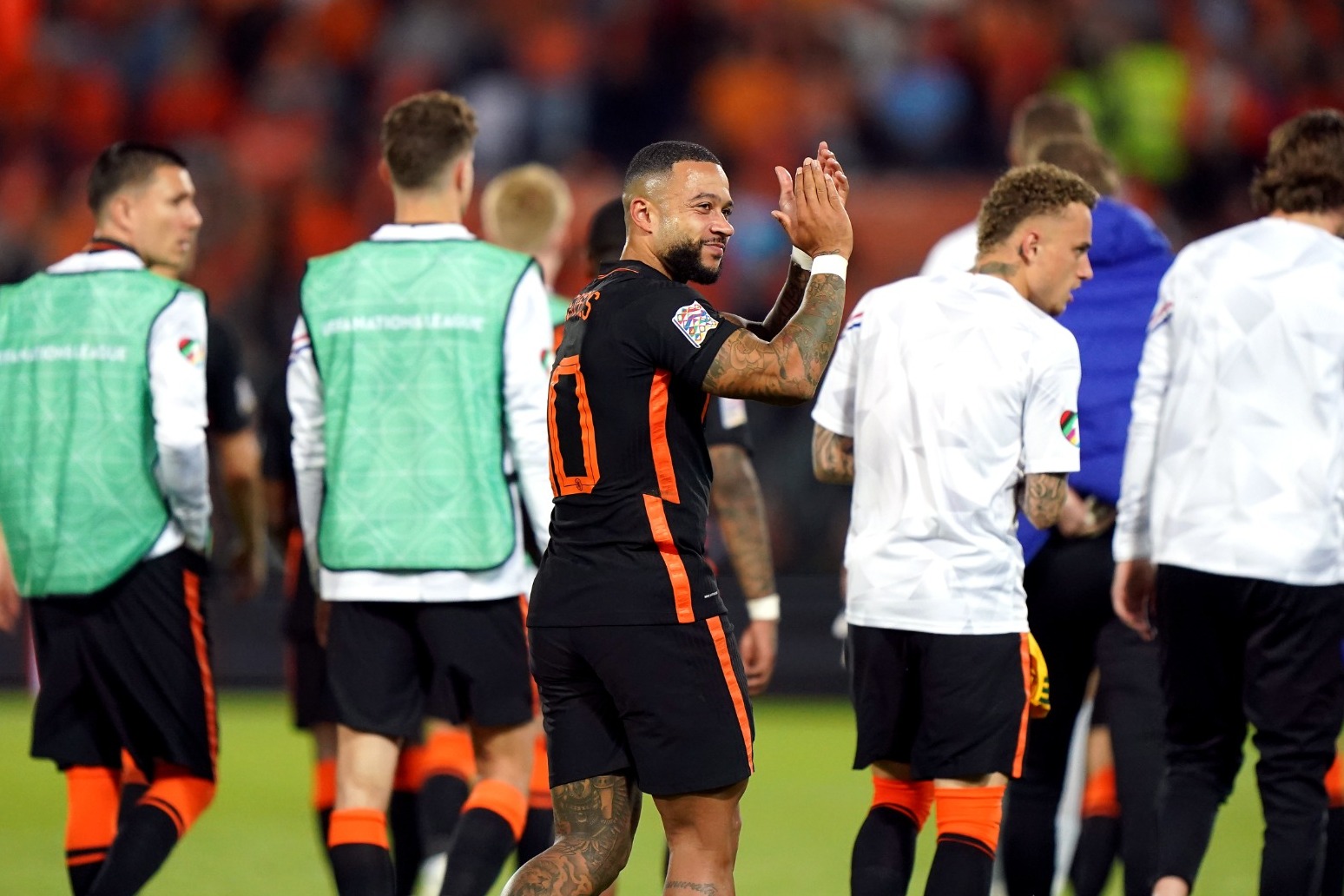 Depay’s winner in the third minute of added time came just seconds after Gareth Bale had brought parity by drilling home his 39th Wales goal from the penalty spot.

Noa Lang and Cody Gakpo had put Holland in control with goals inside the opening 23 minutes.

But Brennan Johnson halved the deficit quickly as he followed up his maiden international goal against Belgium on Saturday by adding to his burgeoning reputation.

Holland’s victory sealed a Nations League double over Wales and kept them clear at the top of Group A4.

Wales have just fallen the wrong side of the fine margins in a campaign overshadowed by the World Cup play-off final against Ukraine that was rescheduled into their June programme.

September’s home match against Poland will probably determine whether Wales will keep their League A status.

But, in reality, this month was all about achieving World Cup qualification and Wales did that while producing some commendable Nations League performances that should have brought greater reward in the points column.

Feyenoord’s De Kuip stadium was full to its 47,000-capacity after Holland boss Louis Van Gaal had criticised the venue in forthright fashion.

Van Gaal said the stadium no longer met the standard for hosting international matches, describing it as a “load of old crap” after Saturday’s 2-2 draw with Poland.

But there is no dispute that De Kuip remains a Dutch fortress and Holland have now gone 30 games without losing in Rotterdam.

Wales had been ravaged by injuries and withdrawals ahead of their fifth game in 14 days.

Rhys Norrington-Davies was also suspended after collecting a couple of Nations League bookings, while Bale and Aaron Ramsey were among the substitutes.

Holland had seven survivors from the side that won in Cardiff only six days earlier, and Lang and Gakpo were a constant source of discomfort for the visitors.

The pair combined after 14 minutes with Gakpo escaping from a tight corner and sending a sweeping pass into the path of Lang.

Wayne Hennessey had no difficulty dealing with that attempt, but the Wales goalkeeper was helpless three minutes later when Wes Burns turned into trouble and lost possession.

Lang was found quickly and he turned smartly to fire into the corner.

Bruno Martins Indi was booked for smashing into Johnson with a challenge that some referees might have considered a red-card offence.

Holland doubled their lead when Gakpo superbly placed the ball beyond Hennessey after his first effort had been blocked.

It looked grim for Wales and some fans with long memories might have recalled a 7-1 Eindhoven thrashing to the Dutch in 1996.

But Johnson again showed his ruthless touch in front of goal after 26 minutes.

Johnson had little time to get his shot away with Dutch defenders for company, but he clinically rolled the ball past Jasper Cillessen to give Wales hope.

Holland had chances to extend their lead as Hennessey saved well from Gakpo, Lang and Vincent Janssen.

Johnson had home alarm bells ringing again when he glided through, and Wales continued to push after sending Bale and Ramsey on.

Wales thought they had saved the day when Connor Roberts was clattered and Bale kept his nerve after the Burnley defender required treatment for a couple of minutes.

But Depay immediately scuppered their hopes of a point and maintained Holland’s 100 per cent record over Wales after 10 games between the two nations.