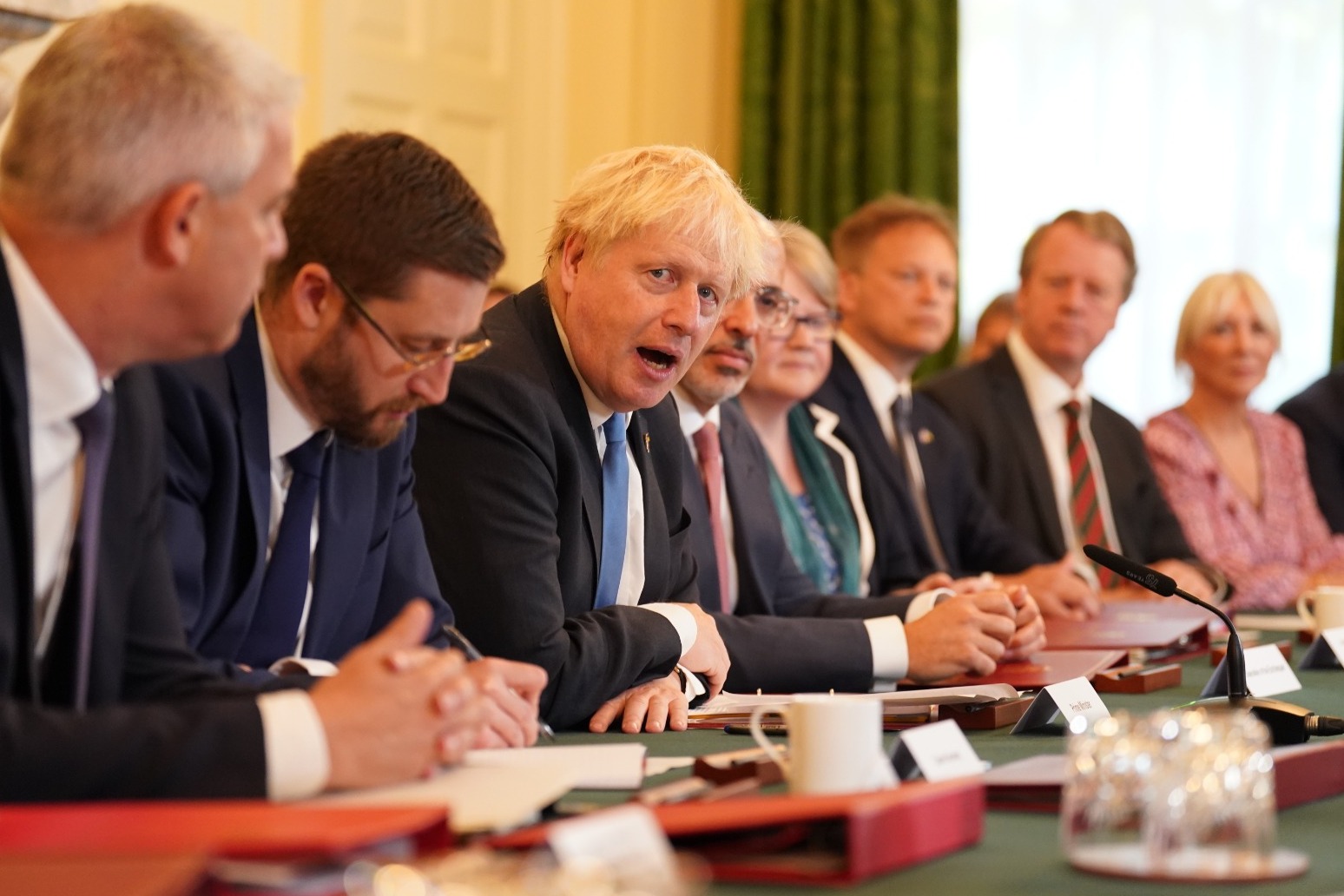 A three-way battle to face Rishi Sunak in the run-off to be the next prime minister will be fought out at Westminster.

With the former chancellor comfortably ahead in the Tory leadership contest, Penny Mordaunt, Liz Truss and Kemi Badenoch remain in the hunt for the second place on the ballot that will go to Conservative members over the summer.

A fourth round of voting by Tory MPs will eliminate another contender on Tuesday, with Ms Badenoch most vulnerable.

Ms Mordaunt dropped a vote in the third ballot on Monday evening but was still able to fend off a challenge by Ms Truss to retain her second-placed spot, receiving 82 votes.

Mr Sunak, who has unveiled a suite of policies to tackle crime, gained another 14 votes to reach 115 – just five short of the 120 which will guarantee him a place in the final two.

The Mordaunt, Truss and Badenoch campaigns will spend the day attempting to woo Tom Tugendhat and his supporters following the Foreign Affairs Committee chairman’s elimination from the race.

The 31 votes up for grabs could prove decisive in shaping the rest of the race, with his support thought likely to head to Ms Mordaunt or Mr Sunak than the more right-leaning Ms Truss or Ms Badenoch.

Voting takes place between noon and 2pm, with a result at 3pm.

Ahead of the vote:

– Mr Sunak promised harsher sentences for criminals who refuse to attend court for their sentencing hearings and a crackdown on grooming gangs.

– Ms Truss promised to increase defence spending by 2030 and strengthen the intelligence services.

– Ms Mordaunt used a Daily Telegraph article to promise she would ditch housing targets if she enters Downing Street, saying they have been “tested to destruction”.

Mr Tugendhat has not yet said publicly which camp he might throw his support behind but Ms Mordaunt made an early effort to court his backing – tweeting that she had “admired” him for years.

Ms Badenoch also tweeted on Monday that Mr Tugendhat would be an “asset” to any future Conservative government.

Meanwhile, Ms Mordaunt said she remains “committed” to Boris Johnson’s flagship levelling up agenda amid concerns the high-investment policy could be shelved for less costly policies once he leaves office in September.

Transport Secretary Grant Shapps, who is backing Mr Sunak, insisted that the former chancellor is a “huge fan of levelling up”.