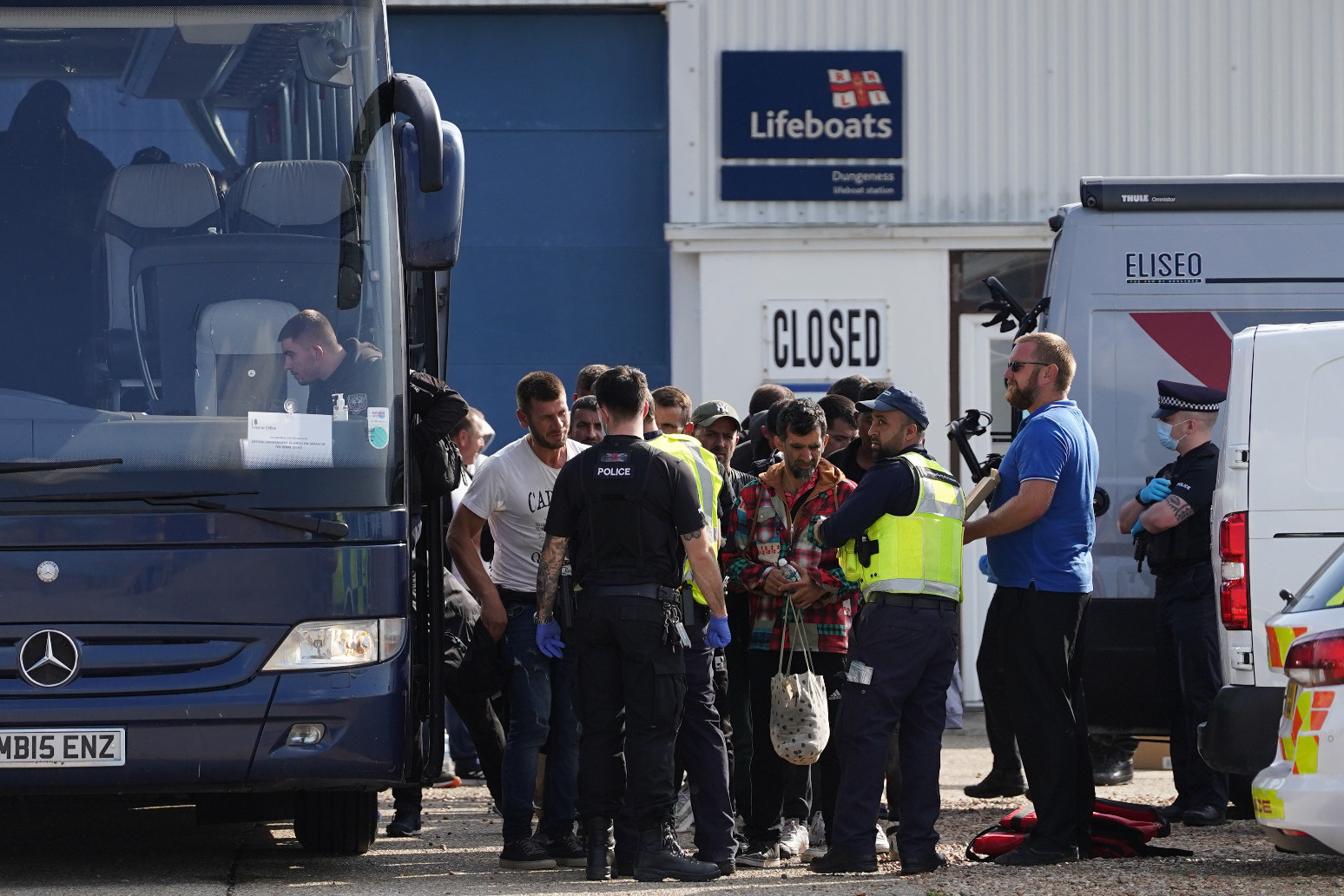 Women and children are among a group of people brought ashore by an RNLI lifeboat as the number of people crossing the English Channel this year by small boats nears 25,000.

About 40 people were brought to Dungeness in Kent before they were taken by coach to a Home Office processing facility.

The arrivals are expected to be the first of several boats making the crossing as the weather stays calm in the Channel after no journeys were known to be made on Friday.

As of Thursday, 24,231 people had made the crossing this year with the possibility of the 25,000 milestone being reached during the bank holiday weekend.

Saturday’s arrivals come as it was revealed that the cost of the UK’s asylum system has topped £2 billion a year, with the highest number of claims for two decades and record delays for people awaiting a decision.

Officials are understood to be working hard to reduce the backlog of outstanding asylum claims but are struggling to keep up with the number of new applications.