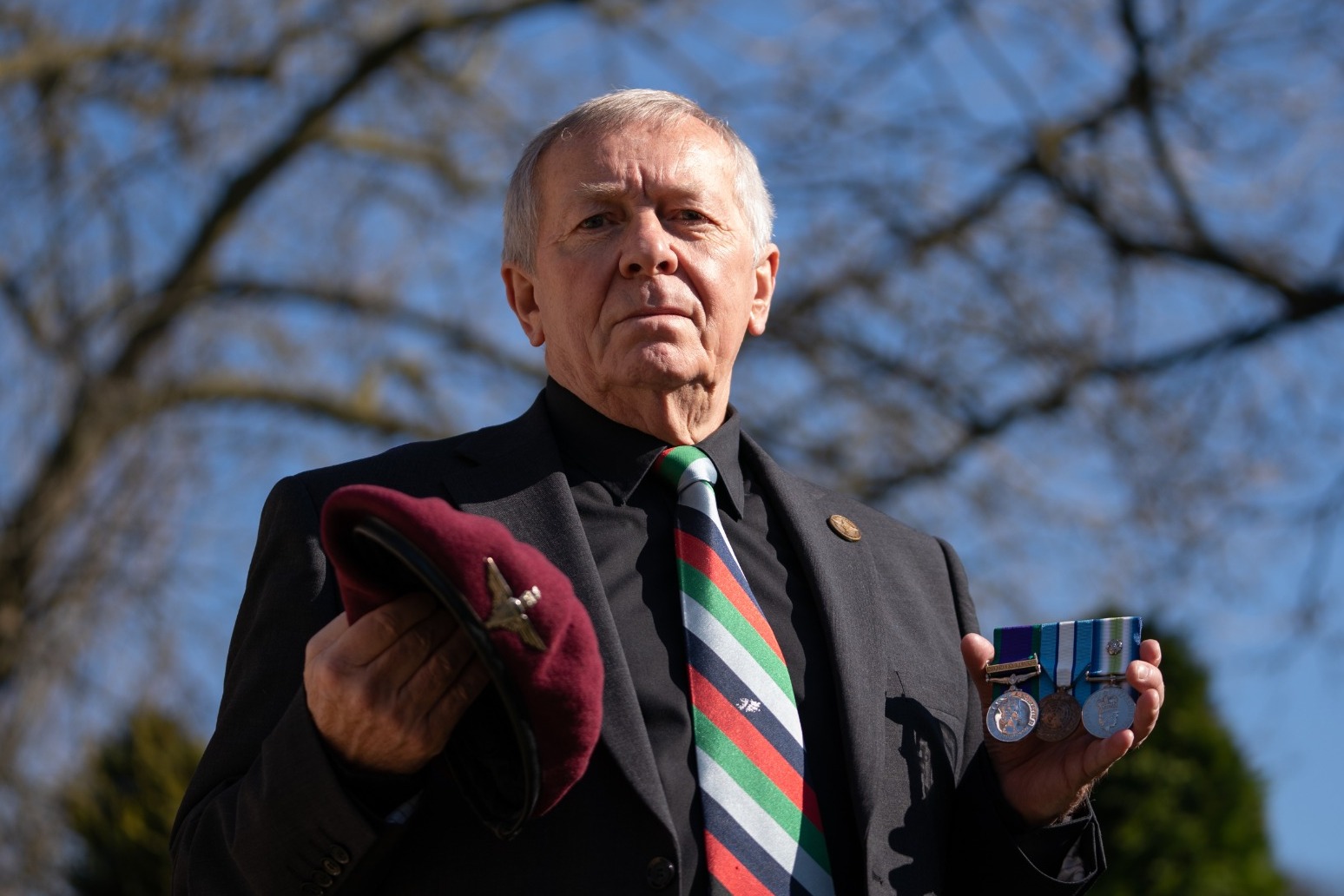 A veteran of the Falklands War has said the things he saw during the conflict will remain with him forever, on the 40th anniversary of the battle for Mount Longdon, in which he fought.

The battle, one of the final engagements of the war before Argentina surrendered, left 23 British soldiers dead, with many more wounded.

Thomas Herring, now 71, was a sergeant in 3rd Battalion, The Parachute Regiment when Argentina invaded the Falkland Islands in 1982.

Speaking to the PA news agency, he said: “What will probably stay with me forever is the casualties that were maimed by artillery and mortar fire. It’s quite horrendous.”

“(The battle) will remain in my mind, I think all of our minds, for a long time, for life. It was heavy, heavy stuff. It was something that soldiers will never forget,” he added.

Mount Longdon, a strategic mountain overlooking the capital of the Falkland Islands, Port Stanley, was “considered the linchpin of the Argentinian defence because of the way it was situated”, Mr Herring said.

The troops of 3rd Battalion, The Parachute Regiment knew they were outnumbered ahead of the battle, and decided to attack under cover of night on June 11, fighting uphill in freezing conditions against an enemy force that was well dug in.

After the 8,000-mile voyage south following Argentina’s invasion, Mr Herring soon got his first glimpse of what was to come.

Shortly after landing on the Falkland Islands, two small British helicopters were shot down by Argentine forces, killing some of the crew.

Mr Herring was tasked with responding to the incident, telling PA: “That’s when it came home. That’s when we knew this was real. It was casualties of war.”

Several weeks later, the battalion approached Mount Longdon, just a few miles from Port Stanley. Advancing up the mountain towards the Argentine positions, the British troops came under artillery fire.

Describing the attack, Mr Herring told PA: “They had night-sight systems, so they could see us (and) we couldn’t see them, there’s just nowhere to hide, you might as well just stay where you are.

“There’s nothing you can do about it, you just never know what you see and where it’s coming from.”

As the sun rose on June 12, the Argentine positions were overrun, and just days later Mr Herring later made his way into Port Stanley, alongside many other British troops.

When they arrived, they discovered shipping containers full of food that had been abandoned by Argentine forces.

“One had biscuits in, one had beef – it was refrigerated – and the other one had red wine,” Mr Herring said.

“Our chefs started to cut the meat up, some of the soldiers dug up the peat bog because that burns, we got ammunition tins and made holes in them so you could have a fire on it, and we ended up having steak, chips and red wine that night – (our) first night in Port Stanley.”

The formal Argentine surrender was signed shortly before midnight on June 14.

Mr Herring said he hopes the 40th anniversary will be a reminder of the conflict for many people, adding: “We fought for our own territory – it’s not forgotten.”