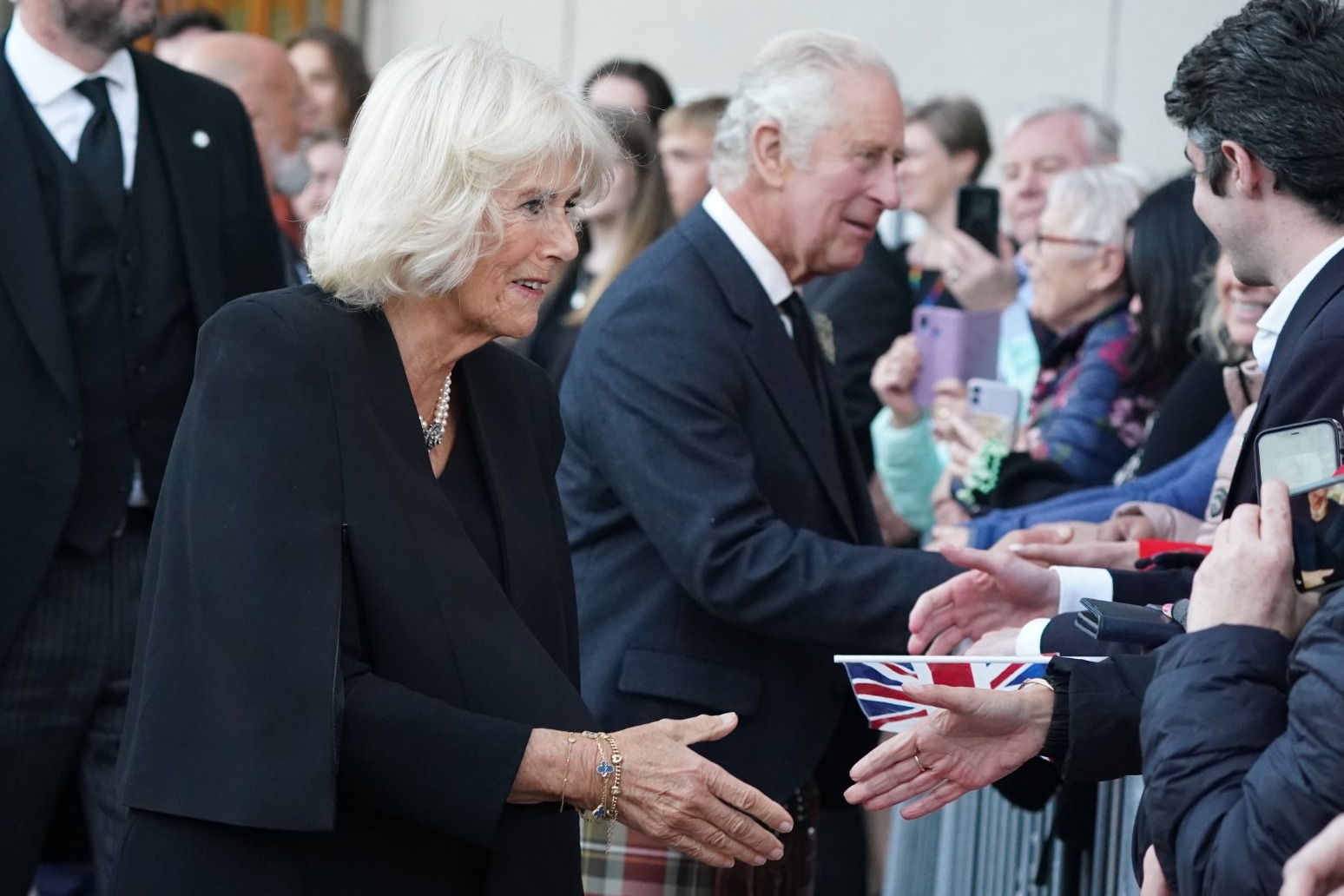 Mixed autumnal weather is on the way for mourners hoping to catch a glimpse of the King in Northern Ireland or the Queen’s coffin en route to central London.

Those lining the streets to see the King and Queen Consort as they travel to Belfast on Tuesday can expect to be greeted by intermittent sunshine breaking through cloudy skies, the Met Office has said.

Meanwhile in London, the morning sunshine is likely to give way to downpours by the evening, bringing the possibility of more rainbows like those seen over Buckingham Palace on the day the Queen died.

Met Office meteorologist Alex Deakin predicted a “fine day for most” with the exception of southern England, where people heading out should be braced for “heavy bursts of rain” throughout the evening.

Mr Deakin said: “The rain is going to pop up through the day across parts of southern England.

“There are some heavy bursts of rain likely, especially through the late afternoon and into the evening, making for a lot of spray and surface water on the roads.

“It’s still quite humid-feeling with highs of 22C or 23C, whereas further north, it’s going to be quite pleasant in the September sunshine, with temperatures in the high teens or low twenties likely.”

Temperatures of around 18C are expected for those in the Northern Irish capital, where Charles and Camilla will visit Hillsborough Castle and St Anne’s Cathedral.

They are expected to be greeted by thousands of people along the streets of Belfast in the afternoon under sunny skies.

The sun is also forecast to be shining over St Giles’ Cathedral in the Scottish capital at 5pm, when the Queen’s coffin is set to depart for Edinburgh Airport.

But rain is due for its arrival at 6.55pm at RAF Northolt in west London, accompanied by the Princess Royal and her husband, Vice Admiral Sir Tim Laurence.

The state hearse is likely to be doused by downpours en route to Buckingham Palace, and those lining the pavements to watch it pass by are advised to get their umbrellas ready.