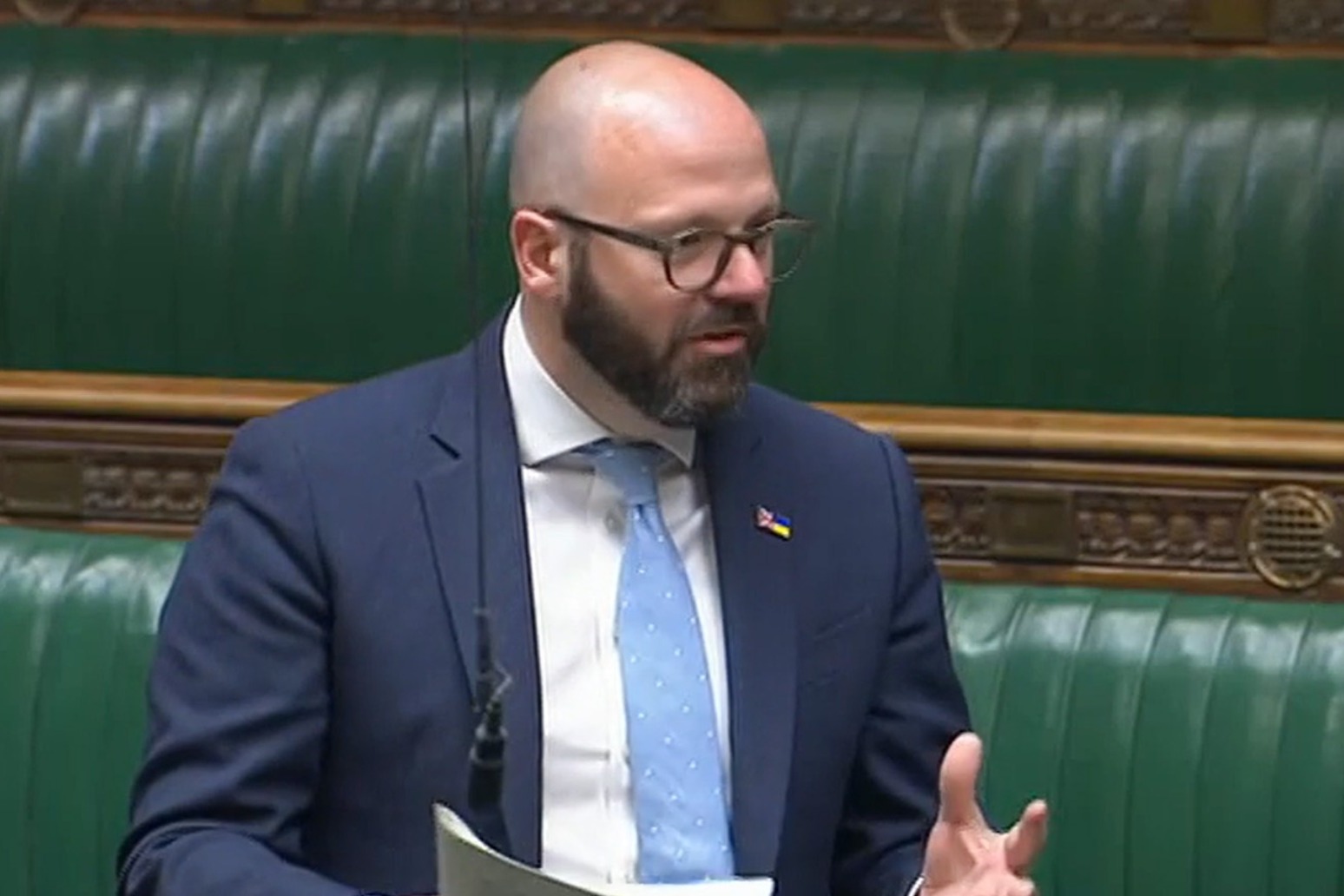 The risk of vulnerable prisoners being immediately picked up by criminal gangs would be cut under plans to end Friday releases, an MP has said.

Campaigners say the change will prevent a “race against the clock” that sees people newly released from prison struggle to access support on issues such as housing, benefits and healthcare before the weekend, leaving some temporarily homeless and increasing the risk of reoffending.

Conservative MP Simon Fell is due to put proposals to the House of Commons on December 2 that would ultimately see prison governors given discretion to release those most at risk up to 48 hours earlier to ensure they can access key services.

The Ministry of Justice said it will “carefully consider” his Offenders (Day of Release from Detention) Bill after previously announcing in June plans to introduce changes to curb Friday releases, although the decision rests with the administration of Prime Minister Rishi Sunak.

Mr Fell says he is “confident” his private member’s bill will receive Government backing, and he and campaigners are calling for ministers to approve the legislation urgently.

Scotland already operates the 48-hour early release system if “it would be better for the prisoner’s re-integration into the community”, and Labour has previously suggested making a similar change in England and Wales.

Mr Fell, a member of the Commons Home Affairs Committee, said that under the current system some vulnerable people are being “deposited” into the hands of those “who mean them no good”.

He told PA: “The case is evident that this needs to happen.

“Literally every Friday that passes there are people who are being released without the duty of care wrapped around them that would really benefit them, so the sooner the better.

“We need to move very quickly on this.”

He added: “It’s an issue I see locally in my constituency… dealing with the consequences of Friday releases and releases before public holidays and things like that, where people who have been put into the justice system are simply deposited back into the hands of the people who mean them no good whatsoever.

“This (Bill) just gives people that breathing room and ability to plan, ability to access statutory services, and should also limit the ability for organised criminal gangs and others to basically pick up people who have nowhere else to turn at that time.”

“For those in prison, a Friday release is a dreaded race against the clock to get support in place such as housing, benefits, and healthcare, all of which make the key differences between potentially falling off a cliff edge and moving on in life.

“We welcome the Government’s commitment to ending Friday releases for the most vulnerable, relieving pressure on services, reducing reoffending, and cutting crime.

“We need this bill to pass urgently, so that people will have vital extra time during the working week to secure housing, register with probation and access health services.”

Government figures show around one in three offenders currently leave prison on a Friday, and campaigners say the data shows 35% of those freed on a Monday are re-convicted within a year compared with 40% for a Friday.

The Government conceded in the summer that, under the current system, Friday releases “can end up with ex-offenders spending their first days on the streets with little in the way of support, increasing the likelihood they will commit further crimes”, and committed to legislate when time allows.

The Bill provides a way for the Government’s reforms to be introduced.

Dominic Raab, who was justice secretary in the summer when the Government first announced its plans to make a change, has returned to the role under Mr Sunak.

More recently, Brandon Lewis, during his brief stint as justice secretary in Liz Truss’s government, said he would look at the private member’s bill “carefully”.

A Ministry of Justice spokesperson said: “Changing the rules to ensure prisoners can access the support they need ahead of the weekend will reduce reoffending and make our streets safer.

“We will carefully consider the private member’s bill being brought on this issue.”

Juliet Lyon, who chairs the independent advisory panel on deaths in custody, said: “To reduce the comparatively high risk of self-harm and suicide, early release from custody for the most vulnerable people makes good sense.

“A couple of extra days in the working week will undoubtedly help to co-ordinate access to key services. This must build on, not substitute for, proper sentence planning including safe housing, transfer of information, GP registration, continuity of mental healthcare and treatment for addictions.”