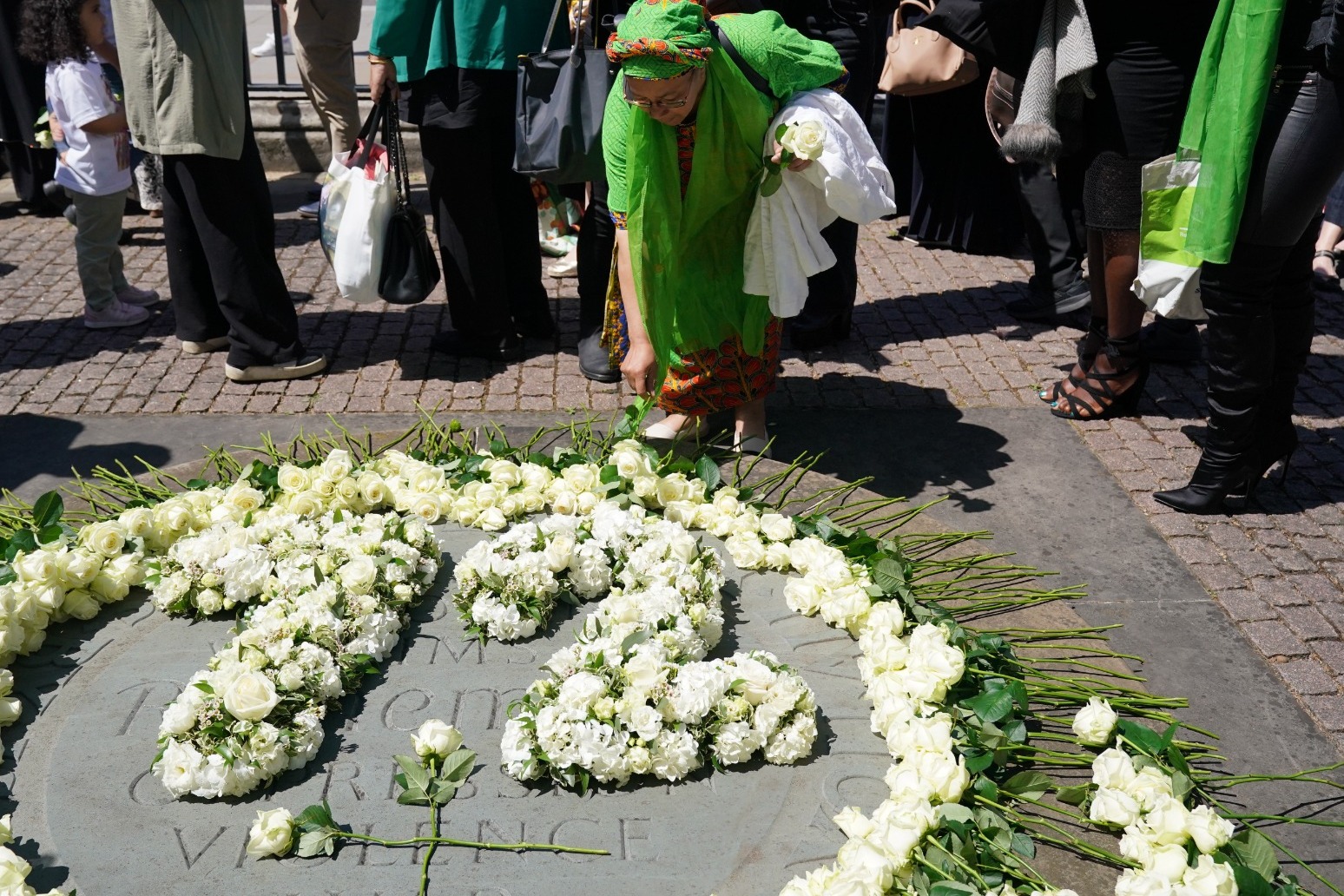 The names of the 72 men, women and children who lost their lives in the Grenfell Tower fire have been read out at a memorial service to mark five years since the devastating blaze.

Multi-faith leaders read out the names of the victims of the tragedy, during a service at Westminster Abbey to remember those who perished in the tower block fire on June 14 2017.

After each group of names was read out, the congregation said in unison “Forever in our hearts” – the phrase emblazoned across the top of the covered-up tower in north Kensington.

Opening the service, the very Reverend Dr David Hoyle, Dean of Westminster, said the loss and anguish “are still vivid and sharp” as the congregation gathered “in sorrow and in pain”.

He said: “Here we renew our commitment to remember those we have lost.

“We gather as those who look for justice and a renewed commitment to securing safety in our homes, safety in times of fire.

“Grateful for the support of the communities and individuals that have sustained the bereaved and the survivors over the last five years, we meet in faith and hope looking to a better, safer, surer future.”

“My thoughts are with the survivors, those who lost loved ones and the wider community.”

“The Grenfell community are courageous in their pursuit of justice and change.

“We stand with them. To honour the memories of those lost we must prevent such a tragedy happening again.

Mr Khan tweeted: “Along with all Londoners I stand with the Grenfell community, today on the fifth anniversary of that terrible tragedy, and always.

“Together, we will get the answers, justice and change that we need to protect communities in London and across the rest of our country.”

Writing on Twitter, the Archbishop of Canterbury said “we pray for the bereaved and survivors” and for solutions to the “injustice of unsafe housing”.

He tweeted: “Five years on from the devastating Grenfell fire, we remember the 72 people who died.

“We pray for the bereaved and survivors, and for all those who still struggle for justice.

“We pray too for swift and lasting solutions so that no one suffers the injustice of unsafe housing.”

The Westminster Abbey service is one of several events at which Grenfell survivors, the bereaved and the community will gather on Tuesday, five years on from the deadliest domestic blaze since the Second World War.

At 2pm a 72-second silence will be observed at Westfield shopping centre, after which the names of the 72 victims will be read out over the public address system.

Later in the afternoon, cording around the tower in north Kensington will be removed so survivors, the bereaved and community groups can gather at its base for a multifaith service and lay flowers and wreaths.

The campaign group Grenfell United posted: “On this day 5 years ago, people came in solidarity & opened their hearts.

“It showed the power of unity, regardless of faith, race or background; uniting in the face of adversity.

“Today, we remember the kindness the public showed – it gave us the strength to keep going.”

In the evening, firefighters from across the country will form a guard of honour as members of the community take part in a silent walk starting from the base of the tower.

A spokeswoman for campaign group Justice 4 Grenfell said: “Today we stand with the Grenfell bereaved, survivors and community. Forever in our hearts.

“The Grenfell Tower fire has become a symbol of the social inequality and injustice that exists in our country.

“The first duty of any government is to protect the lives of its citizens. From the right to life and including the duty to provide adequate housing, these duties are enshrined in law and are where the Government has and continues to fail.”