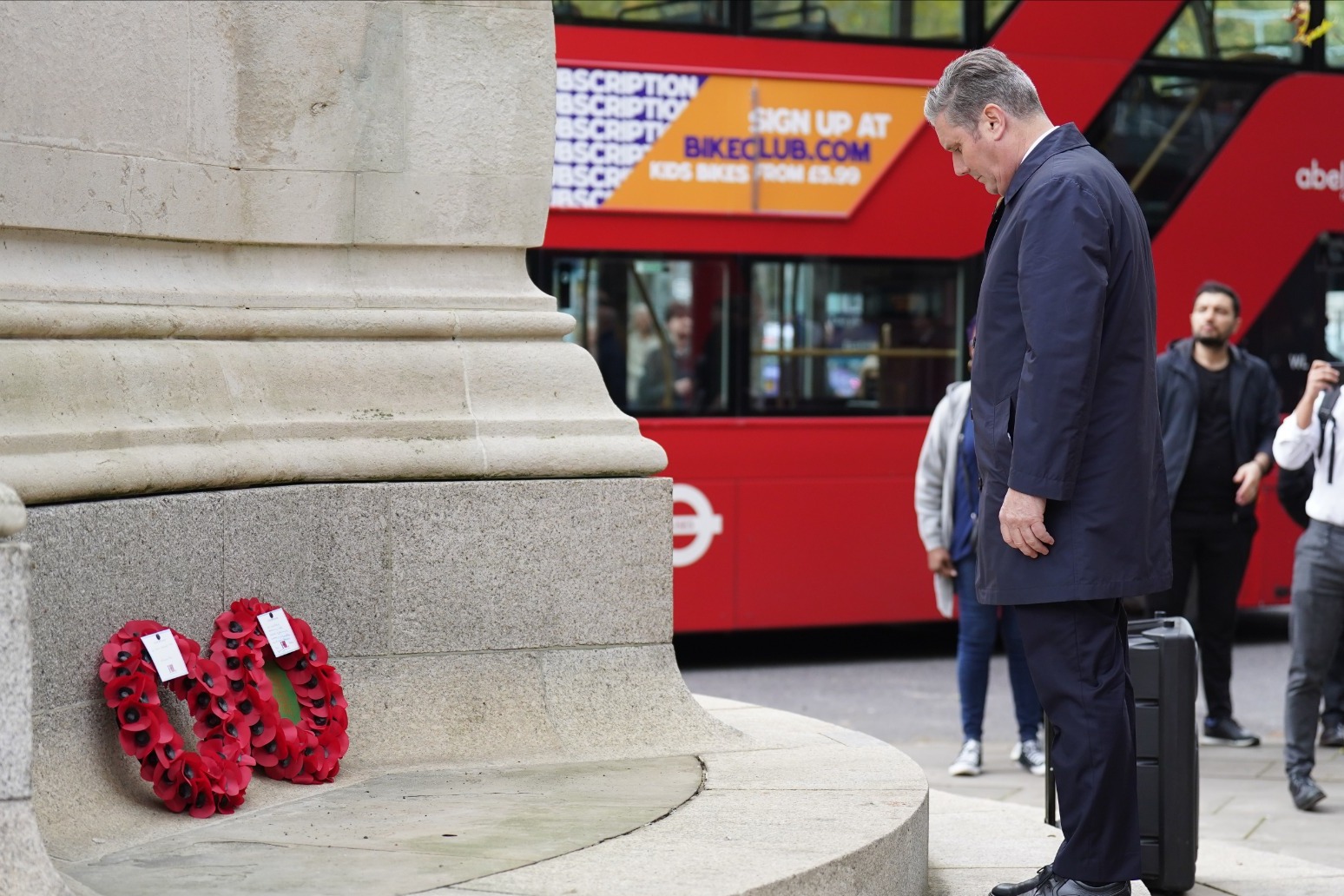 The nation fell silent to remember the war dead on what could be the warmest Armistice Day on record.

Poignant services were held across the country on the anniversary of the end of the First World War and a two-minute silence was observed at 11am to remember those who have died in military conflicts.

The Duke and Duchess of Gloucester attended the National Memorial Arboretum Armistice Day Service in Staffordshire and services were held in London, Edinburgh, Belfast and Portsmouth.

Foreign Secretary James Cleverly, who said Russia had “shattered” peace by waging war in Ukraine, was in Paris to attend a remembrance service hosted by French President Emmanuel Macron.

Leading a prayer for those who gave their lives defending Britain’s shores, Euston station railway chaplain Stephen Rowe said: “May we never forget the bravery and sacrifice, in the face of fearsome odds, the young and old who gave all, and the victories they won for our liberty.”

The short open-air service led by Legion Scotland National Padre Rev Dr Karen Campbell was followed by the laying of wreaths before the One O’Clock Gun fired at 11am from Edinburgh Castle.

Prime Minister Rishi Sunak tweeted: “Today and forever, we will remember them.”

Earlier, Mr Cleverly said: “Since 1918 we have marked Armistice Day and paid tribute to the brave men and women who have served to give us peace.

“Yet as we salute our troops this year, this peace has been shattered by a Russian aggressor.

“As we honour the war dead of the past, we also remember Ukraine’s fight for freedom today.

“The UK stands steadfast with our friends and allies in defence of freedom and democracy in Ukraine and I am proud to stand shoulder to shoulder with an historic ally in Paris today.”

The Met Office said there were “exceptionally mild” conditions across the UK as it predicted that Friday could be the warmest Armistice Day on record.

Temperatures across the four nations are in the mid-teens.