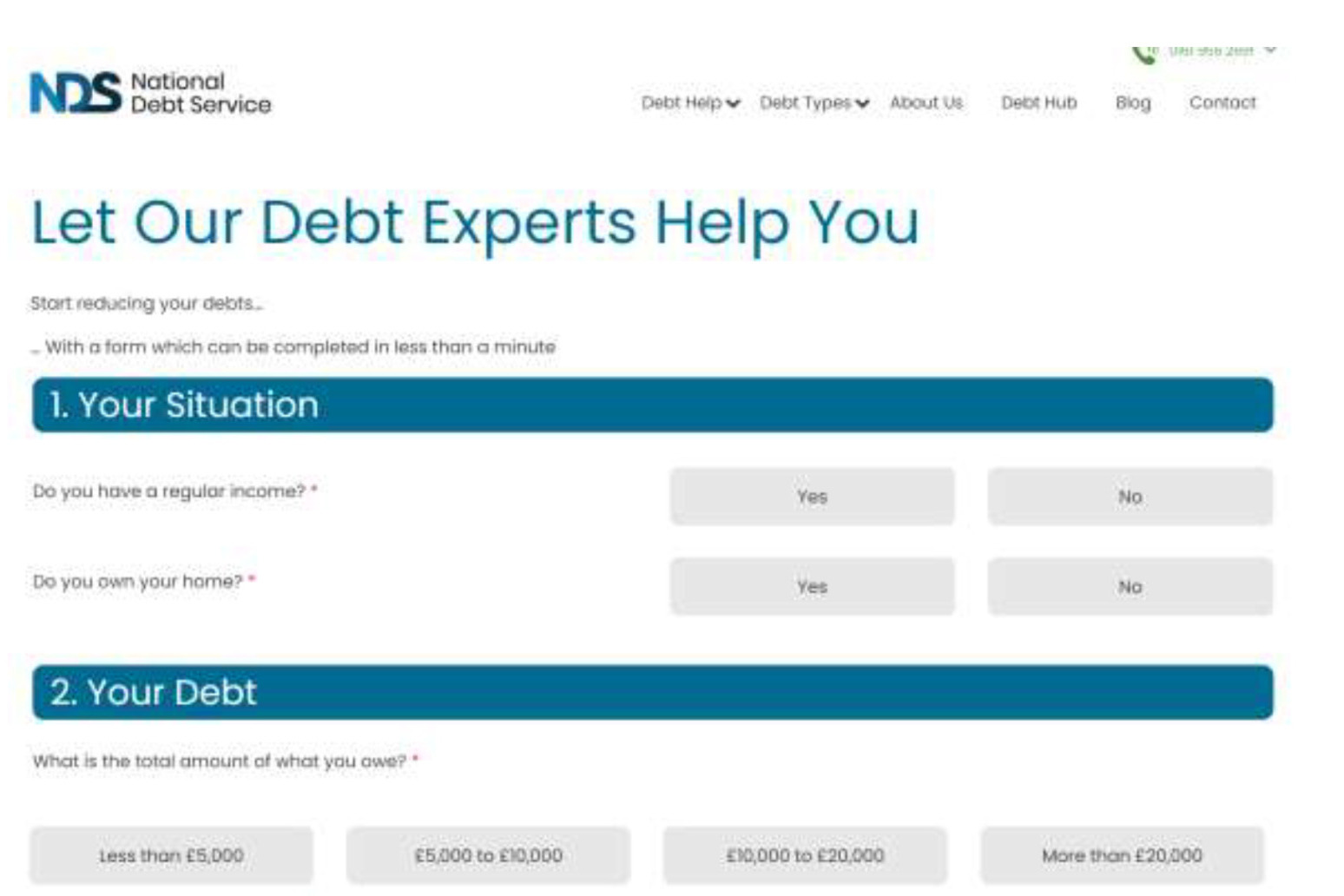 The ruling has been made by the Advertising Standards Authority

Ads for a debt firm called the National Debt Service have been banned for misleadingly claiming that they were endorsed by the UK Government and for not being able to prove that their testimonials were genuine.

Among the three paid-for search ads and a website for the National Debt Service investigated by the Advertising Standards Authority (ASA) were statements such as: “Over 400 Customers Come To Us Everyday”, and: “Government Approved Debt Help – Write Off Up To 80% Of Debt.”

The Money and Pensions Service (MaPS) complained that the trading name “National Debt Service” misleadingly suggested an affiliation with the charity National Debtline.

Claims that the website was “Government Approved”, and its use of the Money Advice Service and Insolvency Service logos also misleadingly suggested it was endorsed by those organisations.

The ASA also investigated whether testimonials were stock photographs used on other websites and if the warning of fees to use the service was sufficiently prominent.

They believed the name was an accurate representation of their company’s function, and that it did not suggest any affiliation with Citizens Advice, a charity or a Government body, and was in line with the names of other companies in the sector.

It said the ad was no longer running.

The ASA said that an advertiser’s name that was reminiscent of an organisation that had an association with the Government, Citizens Advice or a body of similar standing would provide reassurance and encourage consumers to inquire further with that particular advertiser.

It said: “We therefore considered the name National Debt Service suggested an affiliation with National Debtline and concluded that the ad was misleading.”

It also found that consumers would understand that, by contacting National Debt Service, they were contacting an organisation which, following some kind of approval or vetting process, had been approved by the UK Government to provide help with debt issues, adding: “Because National Debt Service had not been approved by the UK Government in that sense, we concluded that the ad was misleading.”

It ruled that the ads must not appear again, adding: “We told Financial Support Systems trading as National Debt Service to ensure their ads did not mislead by suggesting an affiliation with National Debtline or endorsement by the UK Government, The Money Advice Service or The Insolvency Service and not to overstate the speed or ease of the service.

“We also told them to ensure they held substantiation to show that any testimonials used were genuine, that a warning that fees were payable was sufficiently prominent and that ads did not irresponsibly steer bankruptcy inquirers towards IVAs (individual voluntary arrangements) without any assessment of the client’s circumstances.”

MaPS chief executive Caroline Siarkiewicz said: “This latest ruling from the ASA is a welcome development for those struggling with debt. This type of advertising has the potential to refer people to a debt solution that may not be suitable for their circumstances and lead to further problems down the line.

“We know that people struggling to keep on top of bills and payments can often feel overwhelmed, and so it’s really important that people know that free impartial debt advice is available, and where they can find debt solutions that are right for them and tailored to their individual circumstances.”