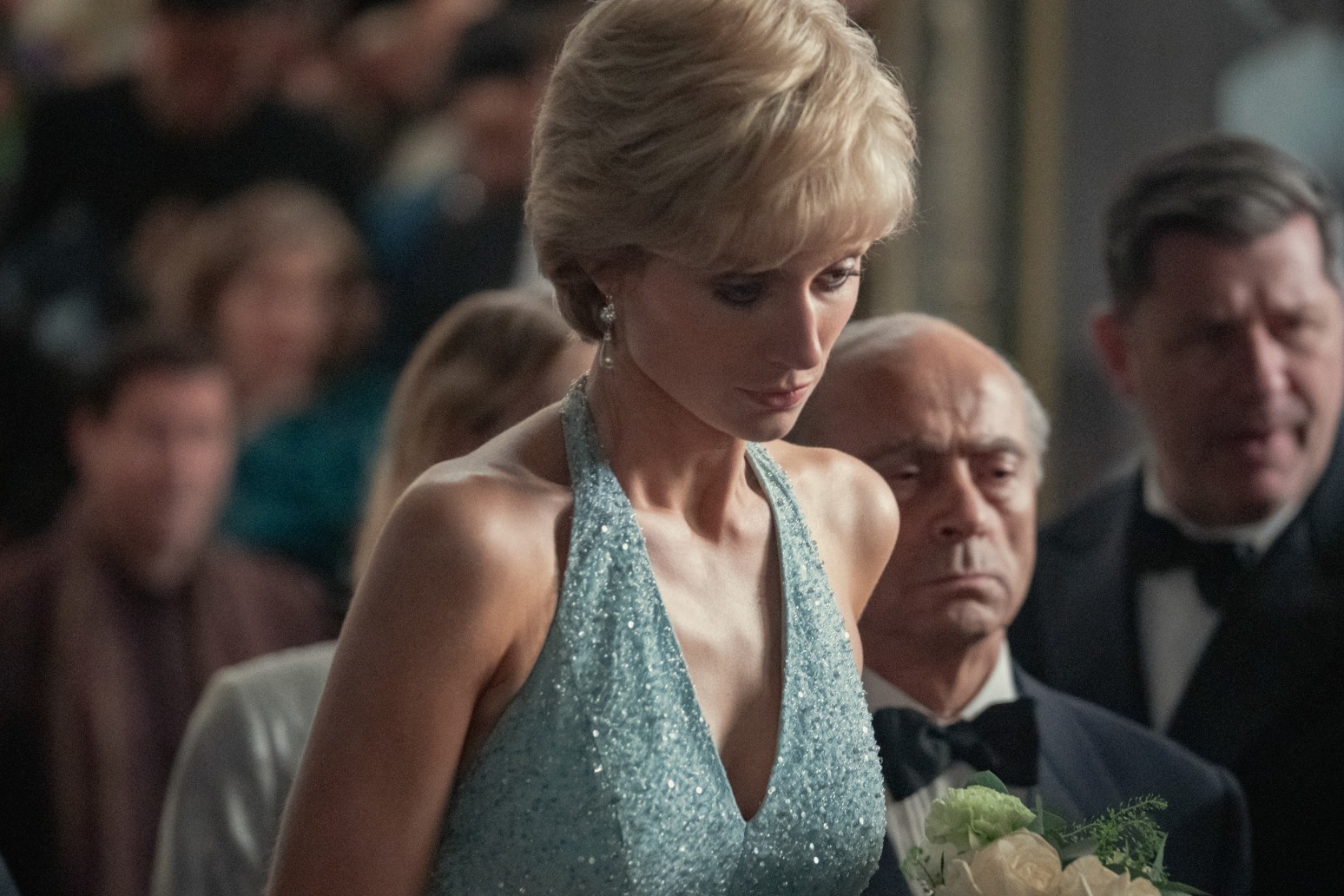 The fifth series of Netflix’s hit royal drama is set to launch on November 9.

In the latest glimpse of the new series, 32-year-old Australian actress Debicki can be seen in her role as Diana in two scenes.

In one image, Debicki embodies a reserved and shrinking Diana as she dons a sparkling blue halter neck dress and holds a bouquet of flowers.

The outfit is the spitting image of a dress Diana wore to a Serpentine Gallery fundraising gala, which was hosted by Vanity Fair magazine, in 1995.

The Night Manager actress Debicki replaces Emma Corrin in the role of Diana, while The Wire star West, 52, takes over the role of Charles from Josh O’Connor.

Elsewhere, Debicki embodies the late princess aboard a small boat, alongside Charles and a young Prince William and Harry.

All the characters are dressed in relaxed outfits, with wearing sunglasses.

Speaking to Netflix website Tudum about taking on the role of Diana, Debicki said: “That’s the amazing thing about playing these people at this time, because in the journey of The Crown so far out of all the seasons, this is the most visual content we have of the royal family.

“In the ’90s, everything had started to be filmed and also it was the birth of the 24-hour news cycle so there’s just this incredible amount of content that we have access to.

“Diana was the most photographed person in the world at that time. As an actor, you open the portal and this huge tsunami of information comes at you. I happily swam around in it.”

Hinting to the development in the storyline surrounding Charles and Diana’s collapsing marriage, one image shows West as Charles joyfully looking up at what appears to be a fireworks display alongside a cheerful looking Camilla – played by Olivia Williams.

Williams said: “Charles and Camilla seem to have a very healthy sense of humour about what at times must be an unbearable predicament, and that is the thing that I most want to show.”

Also in the newly-released selection of images, fans are given a closer look at Imelda Staunton, who has taken over the role of the Queen from Olivia Colman.

Lesley Manville can also be seen as an increasingly depressed-looking Princess Margaret – a role she took over from Helena Bonham Carter.

The Crown was due to end after the fifth series, but the show’s creator and writer Peter Morgan later said it will be extended to include a sixth series.

Filming on the latest series of The Crown was halted as a mark of respect after the Queen’s death. Filming was also suspended on the day of her funeral.

The fifth series of The Crown launches on Netflix on November 9.