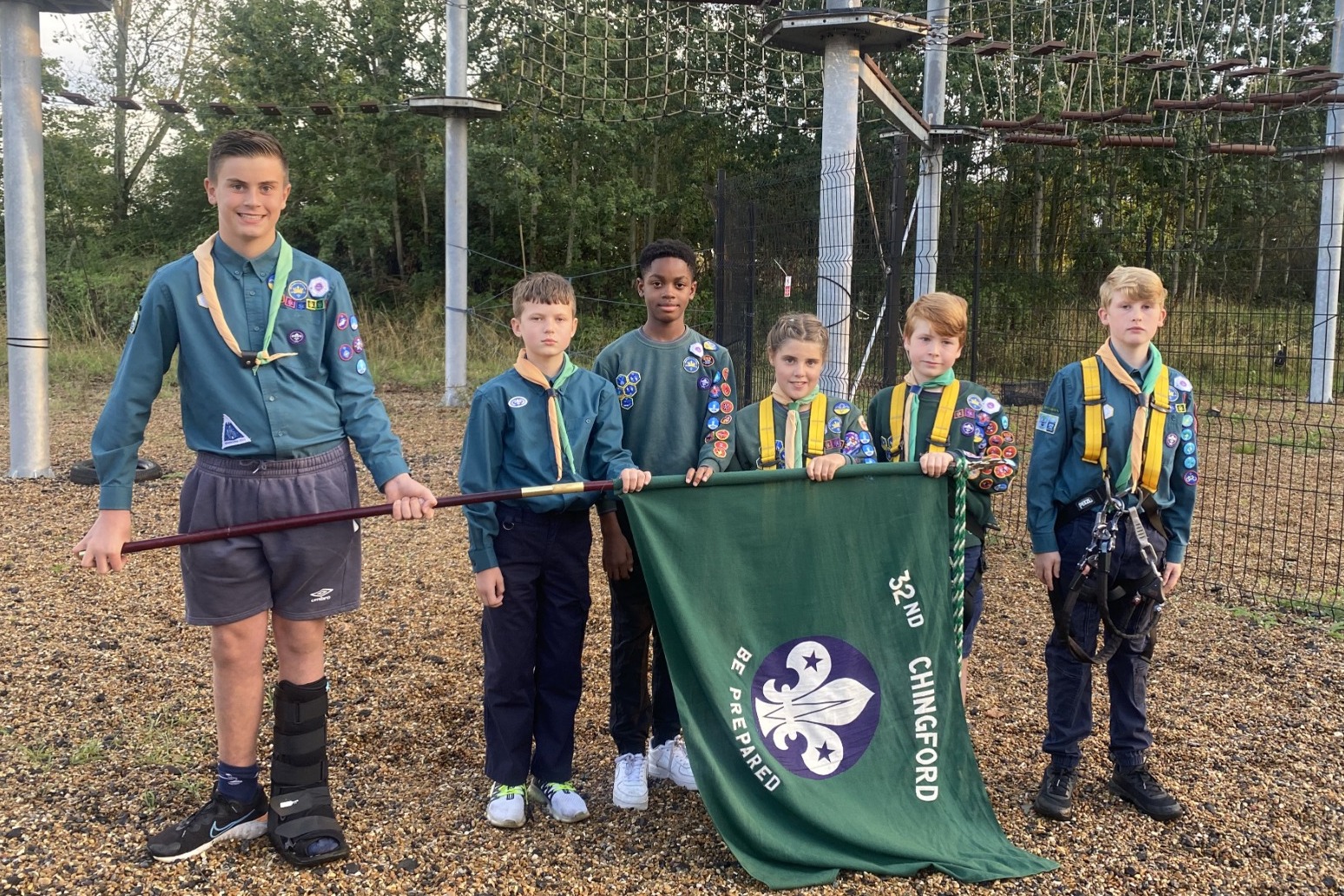 New Scout members have made the organisation’s “Promise” to the King after the death of the Queen.

Young people must recite the Scouts Association’s “Promise” as they are invested into a new level of the programme, be it Beavers, Cubs or Scouts.

This promise had included pledging duty to the Queen, who was patron of the organisation.

But the group on Friday were among the first to make their promise to Charles after the Queen’s death on Thursday afternoon.

Thomas’ older brother Jacob, 13, led the historic investiture ceremony by reading out the words of the Promise, which the new Scouts repeated while all placing their left hand on a large flagpole.

They said: “On my honour, I promise that I will do my best to do my duty to God and to the King, to help other people and to keep the Scout Law.”

The group then made the Scouts salute and were applauded by their peers before starting their activities for the evening, which included high ropes and rock climbing.

Molly told the PA agency that she felt “amazed” to be one of the first Scouts to make the Promise To The King.

“It’s weird saying it because I’m used to saying ‘queen’ and now you say ‘king’,” she said.

“I think he’s going to be a good person to take over the Queen.”

Napo added that he was “excited” to be one of the first to make the Promise to the King, but added: “It feels unreal too.”

On the Queen’s death, he said: “I feel really sad, may she rest in peace.”

On being invested, she said: “I’m happy I’m a Scout now. I’ve been a Beaver and a Cub and now it’s my chance to be a scout and my sister goes and she’s said really good things about Scouts and how Scouts are fun and you get to do loads of activities as Scouts.”

Scout leader Lyndsey Nassim, 47, from Chingford, said witnessing the change in the Scout’s Promise has been “history in the making”.

“It’s a very very special moment. We’ve been saying our promise to the Queen for decades.

“Our commitment and dedication to the Queen has been phenomenal and it will be to our King.

“To hear those Scouts making their promise to the King today is quite a special moment. It’s a change for us.”

Ms Nassim, who is not only a Scout leader but was once a Scout herself, said she was “very very privileged” to have been in the late monarch’s company several times and was awarded her Queen Scout

“What an aura,” she said. “You always felt her presence, kindness, compassion and she always liked to be at Scout occasions as a patron of the Scout Association and you could feel that she was always very very happy to be at our events.”

Chief Scout Bear Grylls told the PA news agency on Friday that the Queen “lit up the most” during Scouting events.

He said: “I think it was one of the organisations she was most proud to represent.”

Grylls said the Queen would have wanted everyone to look ahead rather than dwell on her passing, adding: “The future is always brought to life in the faces and hearts and actions of young people.

“She would have wanted all of us to look to the future.”