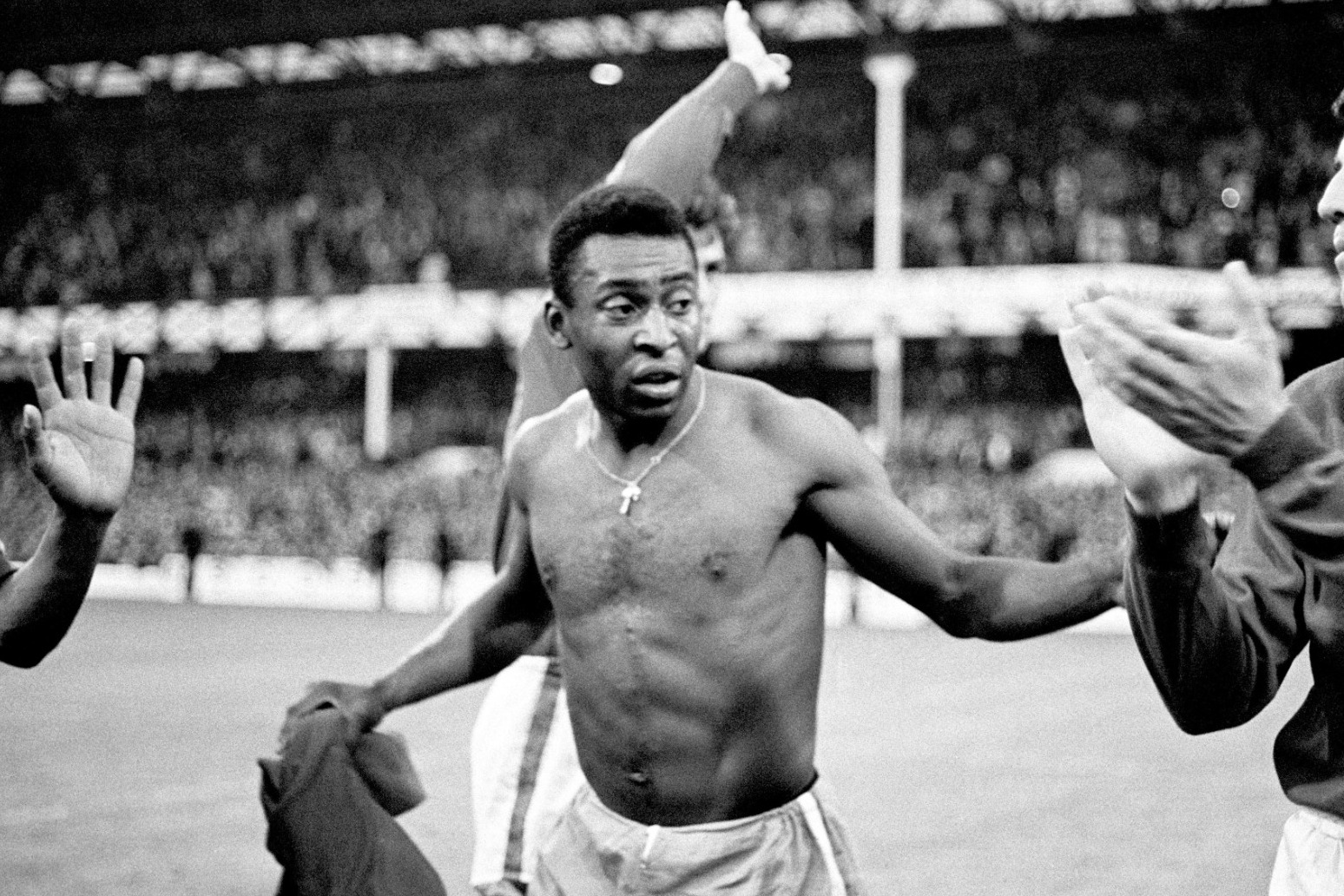 The world of football paid tribute to Brazil great Pele following his death at the age of 82.

Here are some of the tributes paid to the player considered by many to be the greatest of all time.

Neymar – who equalled Pele’s record of 77 goals for Brazil at the World Cup – said his predecessor in the national team’s number 10 shirt “turned football into art, into entertainment” and “gave a voice to the poor, to black people.”

Cristiano Ronaldo said Pele’s memory will “endure forever in every one of us who love football”.

Pele played for the New York Cosmos in the North American Soccer League between 1975 and 1977.

England paid tribute to Pele by lighting up the Wembley Arch in Brazil’s iconic colours.

Pele scored his first Brazil goal as a 17-year-old to knock Wales out of the 1958 World Cup.

World Cup winner Sir Geoff Hurst had no hesitation calling Pele the “greatest of all time”.

Franz Beckenbauer played with Pele towards the end of their careers at the New York Cosmos in the United States.

The Premier League said Pele inspired “millions” of people throughout his career.