Nicola Sturgeon expected to be re elected as Scotlands First Minister 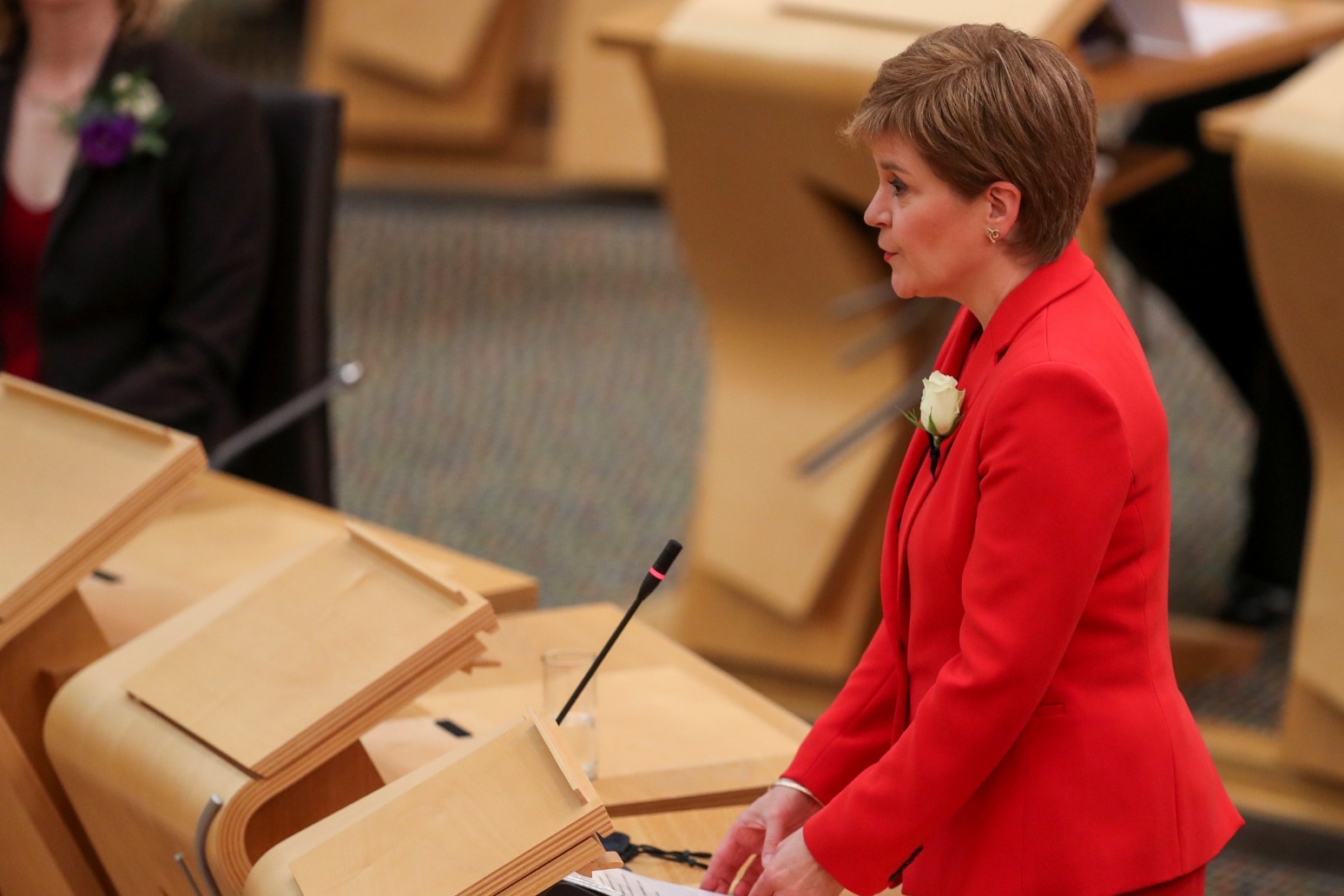 The formal election of Scotland’s First Minister is set to take place at Holyrood this afternoon.

MSPs will vote to choose the First Minister from 2pm, with the SNP leader Nicola Sturgeon expected to continue leading the country following the Scottish Parliament election earlier this month.

Nominees for the position must put themselves forward by 1.30pm, ahead of the vote that is overseen by the new Presiding Officer, Alison Johnstone.

Candidates will have five minutes to appeal for support from other MSPs who will each be able to cast one vote.

In the case of only one candidate, MSPs will be asked to vote for, against or abstain. If that candidate obtains a simple majority, he or she will be declared as the Parliament’s nomination for First Minister.

If there are two candidates, a candidate is selected if they obtain a simple majority of votes in their favour.

Where there are more than two candidates, a winner would be elected if they exceed the total number of votes for all other candidates.

If they fall short of an absolute majority, the candidate with the smallest number of votes is eliminated and further rounds of voting take place until a candidate is selected.