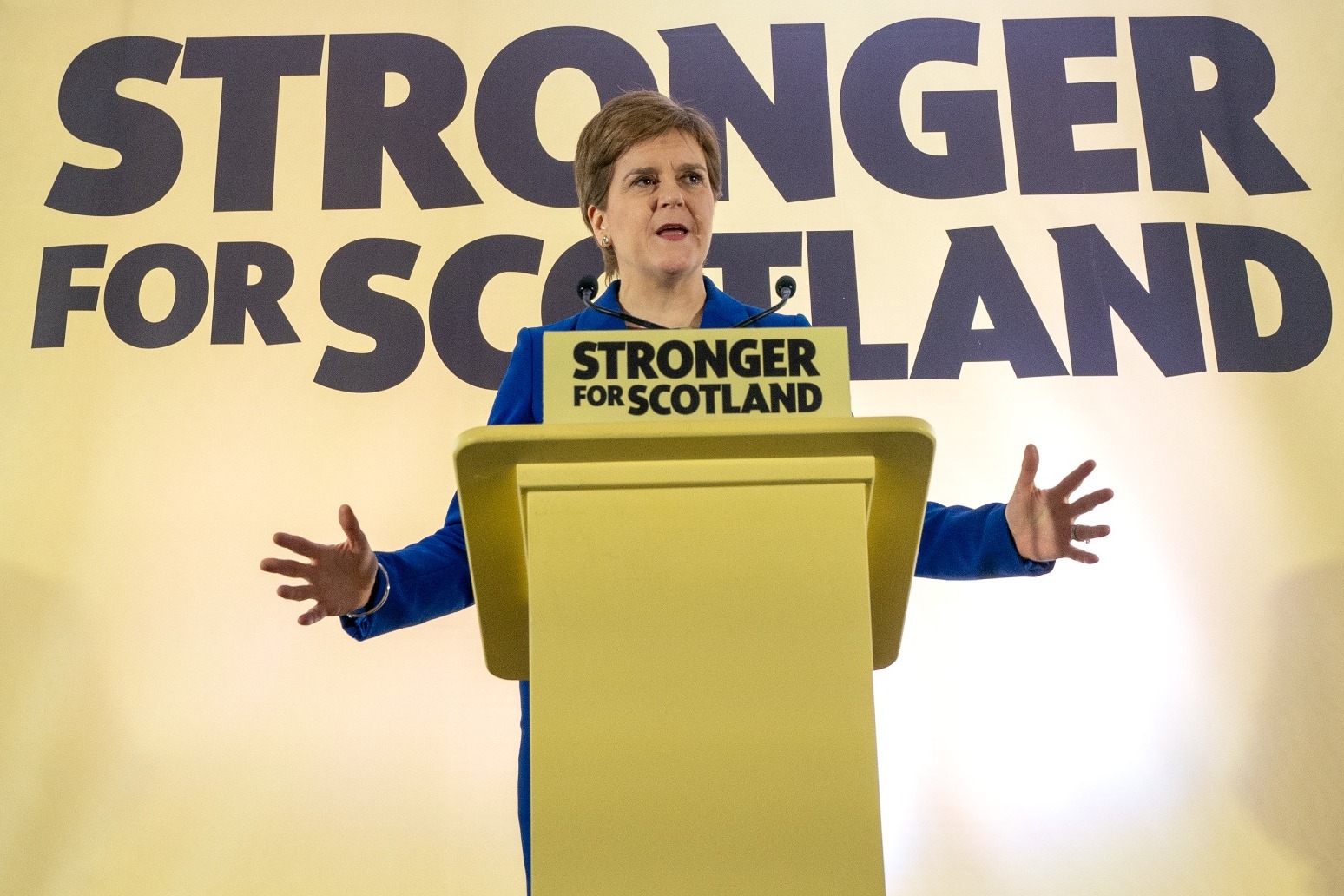 Nicola Sturgeon has vowed to use the next general election to try to win Scottish independence – after the Supreme Court ruled another referendum cannot be held without the backing of Westminster.

Judges at the UK’s highest court announced their unanimous ruling on Wednesday, making clear the Scottish Parliament “does not have the power to legislate for a referendum on Scottish independence”.

Following the judgment, the Scottish First Minister vowed to continuing pushing for independence, saying: “As long as there is breath in my body, I refuse to give up on the basic principle of democracy.”

She said a special SNP conference will be held in the new year “to discuss and agree the detail of a proposed de facto referendum”, using the next UK election.

She said: “No party can dictate the basis on which people cast their votes.

“But a party can be, indeed should be, crystal clear about the purpose for which it is seeking popular support.

“In this case, for the SNP that will be to establish – just as in a referendum – majority support in Scotland for independence so that we can then achieve independence.”

She said the SNP will also “launch and mobilise a major campaign in defence of Scottish democracy”.

Speaking to journalists in Edinburgh, she declared: “We should be in no doubt, as of today democracy is what is at stake.

“This is no longer about whether Scotland becomes independent, vital though that decision is. It is now more fundamental.

“It is now about whether or not we even have the basic democratic right to choose our own future.

“Indeed from today the independence movement is as much about democracy as it is about independence.”

Taking questions from reporters, she said SNP members will have a say in deciding how the party presents its offering to voters.

The First Minister was asked if a victory for the pro-independence side would put her back to “square one”, as it still would not have legal force to make Scotland independent.

She said that if the Scottish people continually express they want to be independent, that will have to be accepted.

Ahead of a pro-independence protest taking place later on Wednesday, she said “we will see the real spirit of the independence movement” in the days and months to come.

Asked whether votes for the Scottish Greens and the Alba Party would count towards the pro-independence mandate, she said the SNP’s conference would determine such matters.

Scottish Green MSP Ross Greer said in Holyrood on Wednesday that “every vote cast for pro-independence candidates at the 2024 general election will count towards that mandate for Scotland’s independence”.

Ms Sturgeon was also questioned on whether her plan for a de facto referendum is a “trap” for the independence movement which could kill off hopes for independence for years if she fails to secure 50% of the vote.

The First Minister said she has dedicated much of her life to the cause of independence, saying a de facto referendum is not her preferred option.

She added: “Anybody who says ‘we can’t do this because we might not win’. Well, if we can’t win then we don’t deserve to be independent.

“I can’t imagine anybody doesn’t grasp that central basic fact of democracy.”

She had earlier said the Supreme Court ruling “exposes as myth” that the UK is a voluntary union.

In the judgment, Supreme Court president Lord Reed stressed the court was not being asked to express “a view on the political question of whether Scotland should become an independent country”.

Instead he said the task of the judges was “solely to interpret the relevant provisions of the Scotland Act” and decide if the Scottish Government’s proposed referendum Bill related to reserved matters – which are under the control of Westminster and not Holyrood.

The Lord Advocate – Scotland’s most senior law officer – had argued this did not apply because a referendum would not automatically bring about the end of the union.

But Lord Reed said the court did not agree with this interpretation, saying a referendum would have “practical” as well as legal effects.

The Supreme Court president said: “A lawfully held referendum would have important political consequences relating to the union and the United Kingdom Parliament.

“Its outcome would possess the authority, in a constitution and political culture founded upon democracy, of a democratic expression of the view of the Scottish electorate.”

Speaking during Prime Minister’s Questions in the Commons, he said: “The people of Scotland want us to be working on fixing the major challenges that we collectively face, whether that’s the economy, supporting the NHS or indeed supporting Ukraine.

“Now is the time for politicians to work together, and that’s what this Government will do.”