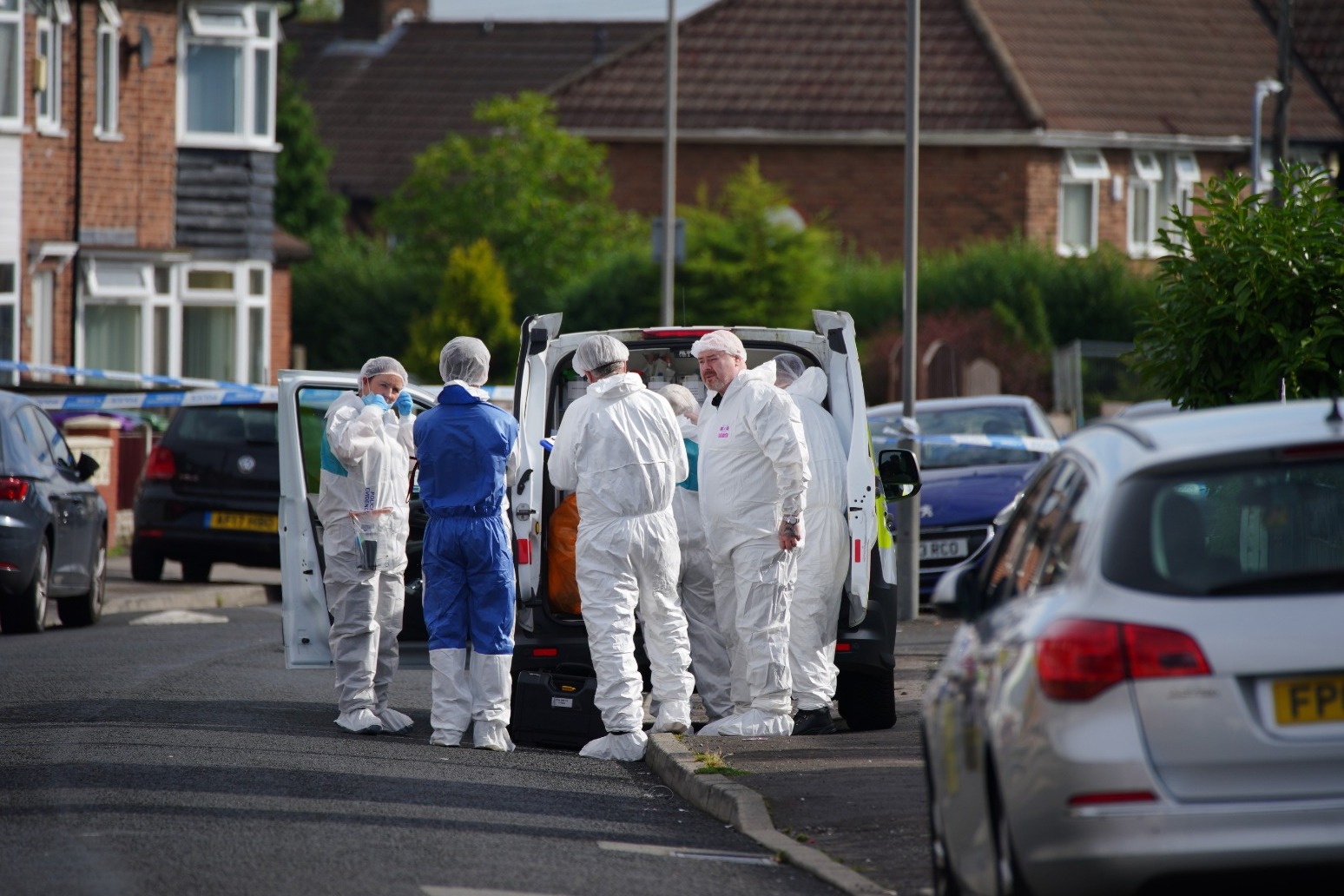 A nine-year-old girl has been shot dead in Liverpool on the anniversary of another child’s murder in the latest “devastating” case of gun violence across the city.

Two other people are in hospital with gunshot wounds after officers attended a house in Kingsheath Avenue, Knotty Ash, on Monday night, Merseyside Police said.

The killing, in which an unknown male was said to have fired a gun inside the property, came 15 years to the day after 11-year-old Rhys Jones was shot dead in Croxteth.

Detectives have launched a murder investigation and on Tuesday morning a huge police presence remained at the scene, where residents described the incident as “devastating”.

The nine-year-old girl was found with a gunshot injury to the chest when officers attended the scene at around 10pm, and was taken in a critical condition to hospital, where she died.

A man also suffered gunshot wounds to his body and a woman sustained a gunshot injury to her hand during the incident in the house, the force added.

They have been taken to hospital for treatment, according to Merseyside Police.

The force said house-to-house, CCTV and forensic inquiries are being carried out, while a cordon is in place.

Assistant Chief Constable Jenny Sims said: “This is a truly shocking incident in which tragically a young and innocent girl has been shot and sadly died.

“Our thoughts and condolences go to her family and friends at this very difficult time. No parent should ever have to suffer the loss of a child in these dreadful circumstances.

“This crime is abhorrent and our communities must come forward and tell us who is responsible.

“This cowardly individual does not deserve to be walking the streets and I would urge those who know anything to speak to us and tell us what they know so that we can put the person responsible behind bars where they belong.”

It comes after a spate of killings involving guns and knives around Merseyside.

The same night as the Knotty Ash shootings, two men were arrested over the fatal stabbing of a woman in her 50s in Cherryfield Drive, Kirkby.

In a separate incident, 28-year-old Knowsley Council worker Ashley Dale died after being shot in the Old Swan area of Liverpool in the early hours of Sunday.

Police are also searching for two people who fled on electric bikes after the fatal shooting of a man in his early 20s in inner-city Toxteth late on August 16.

There has been a series of high-profile cases in which child victims have been caught up in gun and knife violence across the city.

Last month, a teenage boy was jailed for the murder of 12-year-old Ava White, who was stabbed to death in the city centre after a row over a Snapchat video last November.

Reacting to the latest killing, Paula Barker, Labour MP for Liverpool Wavertree, told BBC Breakfast: “It is obviously devastating and it comes 15 years to the day after Rhys Jones was senselessly murdered on the streets of our city as well. It is completely unacceptable and this mindless violence simply has to stop.

“I think, as a city, we come together in adversity and I know people in Liverpool will be absolutely horrified this morning.”

Ms Barker added that it took “so many years” to get justice for Rhys and urged anyone with information to contact Merseyside Police.

“We cannot allow that to happen to the family of this little girl,” she said.

A mother living nearby, who did not want to be named, said the shooting made her worry for her own children.

“It’s devastating. It can’t carry on like this,” she told the PA news agency.

“I have four boys and for this to happen on our own doorstep is shocking.

“The streets here are always full of kids playing.”

Liverpool Echo reported officers shining lights into houses overnight and patrolling the surrounding area, some by foot and others by car.

Sniffer dogs and forensic vans were also spotted near the house where the shooting is said to have taken place, with residents visibly shaken, the outlet reported.

The killing came hours after police said they were aware there was sometimes a culture of “not grassing” to officers, according to the BBC.

Merseyside Police have asked anyone with information on the Knotty Ash shootings to direct message @MerPolCC or call @CrimestoppersUK on 0800 555111 quoting log 1083 of August 22.