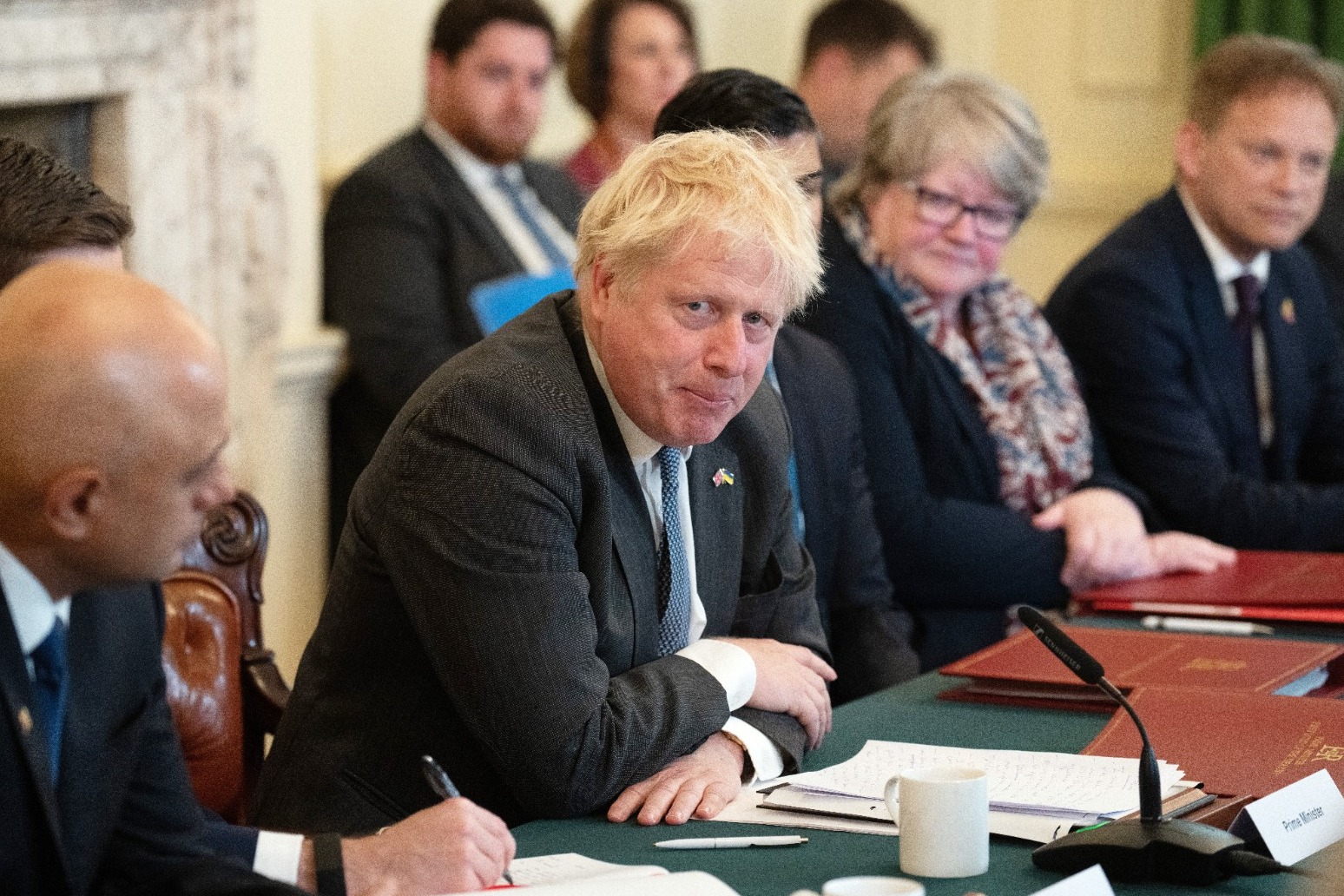 Retirees are set to see double-digit payments increases next year as the state pension will be determined based on September’s CPI inflation.

Asked why state pensions will rise with inflation but not public sector pay, the Prime Minister’s official spokesman said: “Pensioners, particularly those who receive state pensions, are disproportionately impacted by high energy costs.

“They can’t always increase their incomes through work and they are more vulnerable to cost-of-living pressures”.

He noted the Government took “difficult decisions with regards to the triple lock, a temporary one-year suspension”.

Downing Street also denied its support for those hardest hit by the cost-of-living crisis will drive up soaring prices.

Asked if Boris Johnson is worried that any upcoming tax cuts and increasing national insurance thresholds are still the right way forward, if the Government wants to avoid inflationary factors, his spokesman said: “Generally we think this is not something that will be inflationary. The thresholds, obviously, do provide an uplift to people’s salary but again, it will help those most vulnerable the most.

“The measures we’ve introduced on cost of living, those who benefit most will be those who are hardest hit. So in those instances, we don’t think that helping those most in need during sort of a unique period is something that will drive up inflation.”

However, Downing Street insisted that “chasing inflation” with pay rises for public sector workers was not “feasible” as it would further fuel inflationary pressures.

The spokesman told reporters: “We think it would not be sensible and not be in these public sector workers’ best interests to chase inflation, cause inflation to spike further and in effect mean the money they take home is worth less.”

The Government does want public sector workers to get pay increases, the official insisted, with the exact levels to be recommended by pay review bodies over the summer months.

It comes as passengers faced chaos during the biggest rail strike in a generation, with unions calling for wages to keep up with spiralling costs.

“The Chancellor emphasised that the Government had responsibility to not take any action that would feed into inflationary pressures, or reduce the Government’s ability to lower taxes in the future,” the Prime Minister’s spokesman said.

Responding to criticism over plans to reduce controls on City bosses’ pay while calling for wage restraint in the public sector, the spokesman said the Government was exploring how non-executive directors were paid, not how much.

It comes after reports that the Cabinet Office minister wrote to the Chancellor with a plan for “deregulatory measures to reduce the overall burden on business” and attract more companies to the UK following Brexit, including scrapping restrictions on director and non-executive director remuneration.

What was being considered was removing “any unnecessary restrictions on paying non-executive directors shares”, he added.

“Making the change could ensure that these individuals are more fully invested in the success of the companies they’re involved in, which obviously helps protect and generate jobs, growth and investment.”