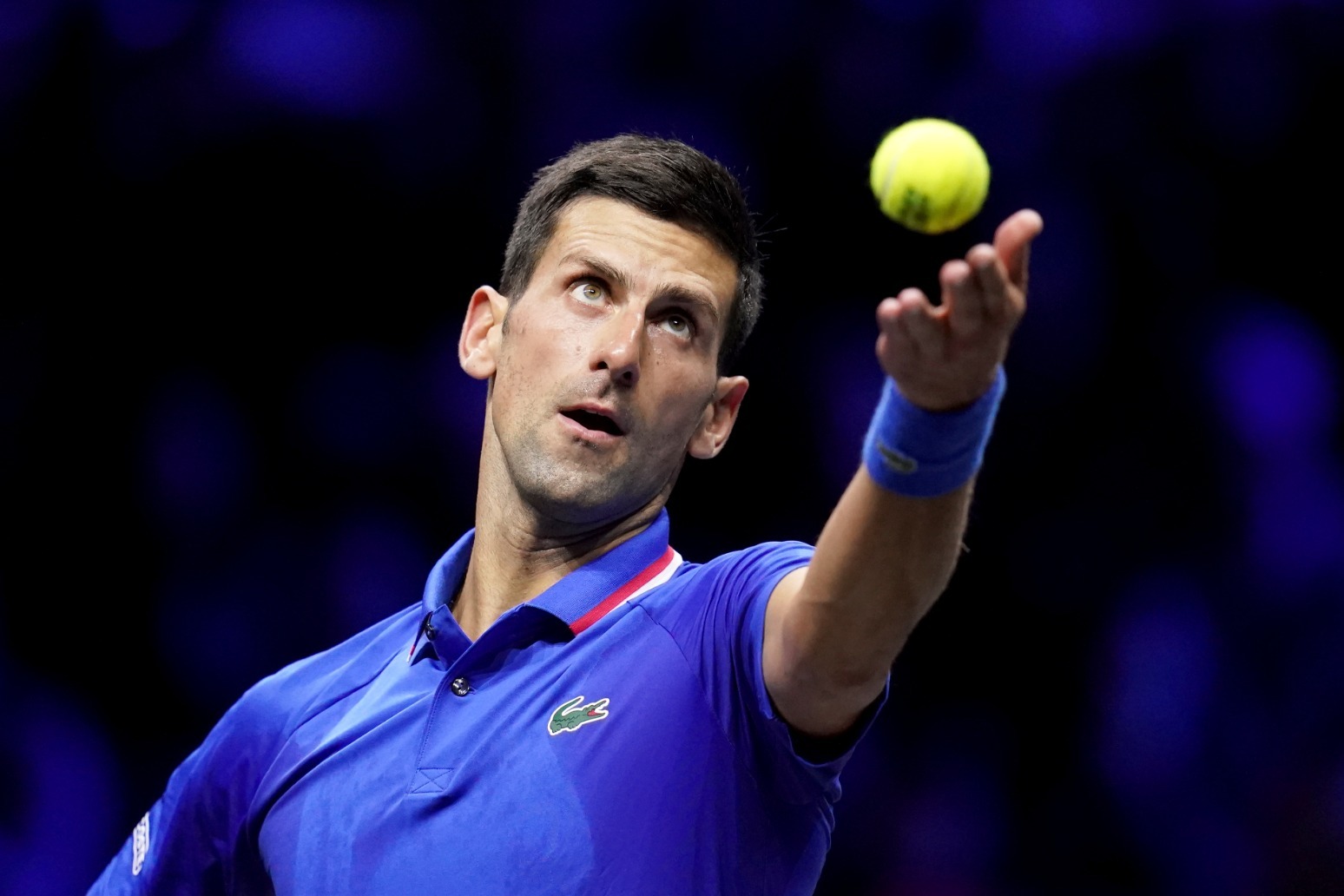 Novak Djokovic is allowing his thoughts to turn to a 10th Australian Open title after he dismantled home favourite Alex De Minaur to reach the quarter-finals for the 13th time.

The 35-year-old’s damaged left hamstring has dominated discussions around his chances of triumphing again at Melbourne Park but there were no signs of discomfort here as he eased to a 6-2 6-1 6-2 victory with a ruthless display.

It was a very uncomfortable evening, though, for De Minaur – the last remaining home singles hope – on Rod Laver Arena as he was outplayed in all areas.

Watched by his girlfriend, British player Katie Boulter, the 23-year-old tried his best to find a way into the contest but, with no big weapons, he was simply unable to hurt Djokovic, who broke serve six times and did not face a single break point himself.

Seeded fourth but a clear favourite, the Serbian said: “A week ago I didn’t really think about the title, I just thought about being in a good enough condition to play the next match.

“Tonight, the way I played, the way I felt, gives me reason now to believe that I can go all the way.”

On his hamstring, Djokovic said: “I didn’t feel anything today. Today was great. I thank my medical team, thank God, anybody that really helped me.

“I don’t want to celebrate too early. I know things can change really quickly and I don’t take anything for granted. I’m really pleased with the way I moved today and the way I hit the ball.”

A shell-shocked De Minaur said: “I think what I experienced today was probably Novak very close to his best, I would say. To me, if that’s the level, I think he’s definitely the guy that’s going to take the title.”

Djokovic will next take on fifth seed Andrey Rublev, who won one of the matches of the tournament against 19-year-old Holger Rune.

The Dane arrived at Melbourne Park as the hottest young prospect in men’s tennis and looked set to reach his second grand slam quarter-final.

But he was unable to serve out the match in the fifth set, missed two match points on Rublev’s serve at 5-6 and then squandered a 5-0 lead in the deciding tie-break.

As the tension ramped up on Rod Laver Arena, Russian Rublev then missed two match points of his own only for the ball to dribble over the net on his third chance, giving him a 6-3 3-6 6-3 4-6 7-6 (9) victory.

Rublev dropped flat on his back behind the baseline before apologising to his young opponent.

“It’s not a roller coaster, it’s like they put a gun to your head,” said the 25-year-old. “I never in my life was able to win matches like this. It’s something that I will remember for sure all my life. I have no words, I’m shaking.

It was the cruellest way for Rune to lose, and the ninth seed said: “Of course, it’s not the end of the world, but it hurts.

“It was super close. I had my chances. He played well, as well. The match points, nothing really to do. The luck was on his side. I think I did a lot. I fought until the end.”

The other last-eight clash in the bottom half will be an unexpected all-American affair between 25-year-old Tommy Paul and 20-year-old Ben Shelton.

Big-serving Shelton has put together an amazing run at not just his first Australian Open but on the first trip of his life outside the US.

Shelton, who is still in college, said: “It’s definitely a surprise. I got on the plane with no expectations. I know that it’s very hard to adjust to Australia from the United States just with the jet lag, time change and everything.

“Never being out of the United States, I knew it would be a struggle. So I think it maybe has helped me a little bit kind of not having that expectation or the feeling that I have to perform, but being able to just go out there, be myself and play free.”

Paul, ranked 35, made it three Americans through to the last eight with a 6-2 4-6 6-2 7-5 victory over Andy Murray’s conqueror Roberto Bautista Agut.