Number of Covid 19 hospital patients in England lowest since Christmas 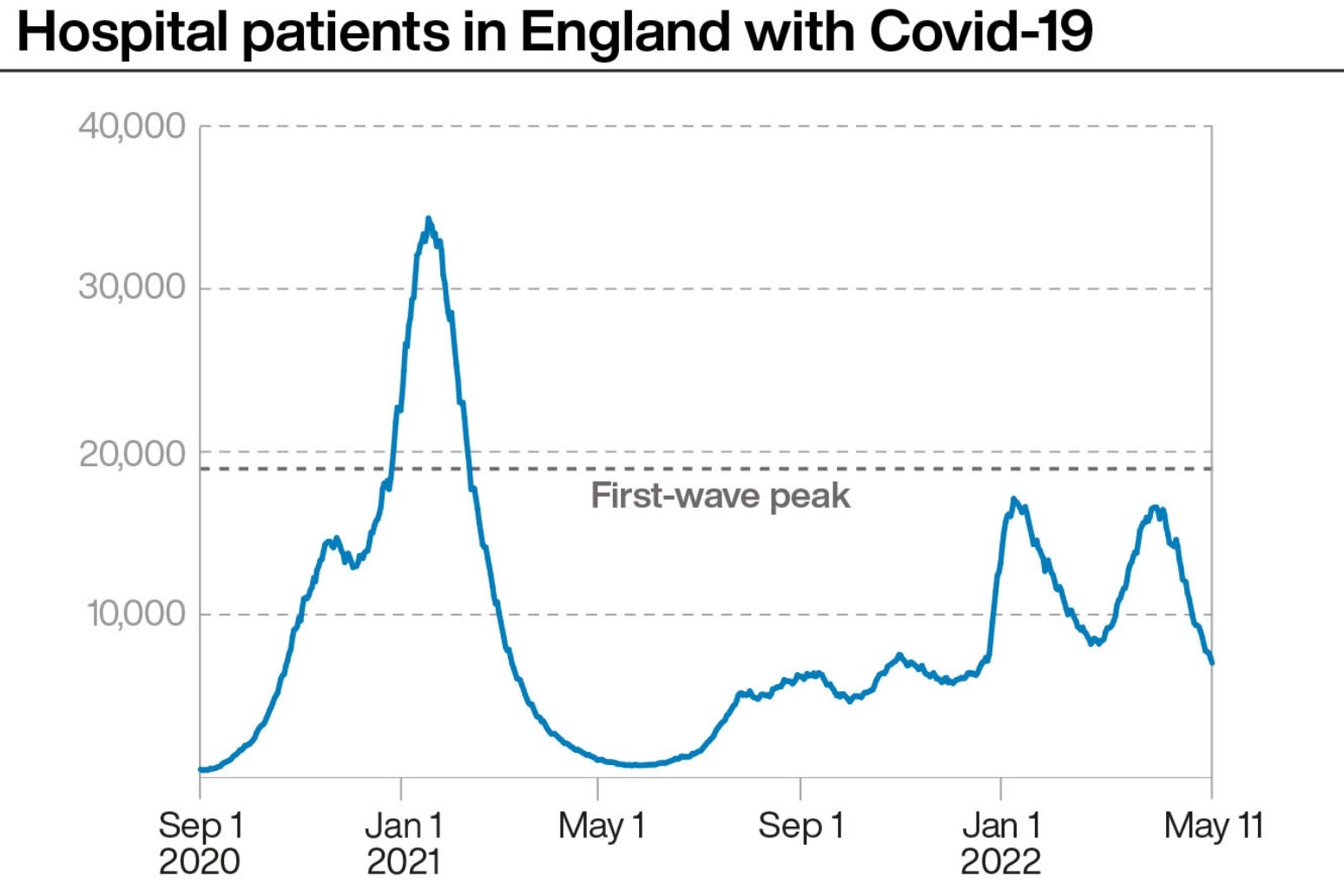 The number of people with Covid-19 in hospital in England has fallen to its lowest level since last Christmas, new figures show.

It was in late December that patient numbers started to rise sharply, driven by the spread of the original Omicron variant of coronavirus.

Numbers have been dropping for the past month, with all regions of England now showing a steady decline.

In south-east England, they have fallen to levels last seen in mid-October 2021.

The trend reflects the large drop in the prevalence of the virus in recent weeks, as reported by the Office for National Statistics in its regular infection survey.

An estimated 1.6 million people in private households in England were likely to have had Covid-19 in the week ending April 30, down from 2.4 million the previous week and a record 4.1 million at the end of March.

Despite the rise in patients during both of the Omicron-led waves, hospital numbers this year have yet to come close to matching the level reached during the second wave of the virus, when they hit 34,336 in January 2021.

Around three in five of all Covid-19 patients in hospital trusts in England are being treated primarily for something else – up from a quarter in autumn 2021.

All patients who have tested positive for Covid-19 need to be treated separately from those who do not have the virus, regardless of whether they are in hospital primarily for Covid or not.

But the jump in the proportion of patients who are in hospital “with” Covid-19 rather than “for” Covid-19 is another sign that the recent waves of the virus have not led to the same sort of pressure on critical care as in previous waves.