Number of English patients with Covid at two month high 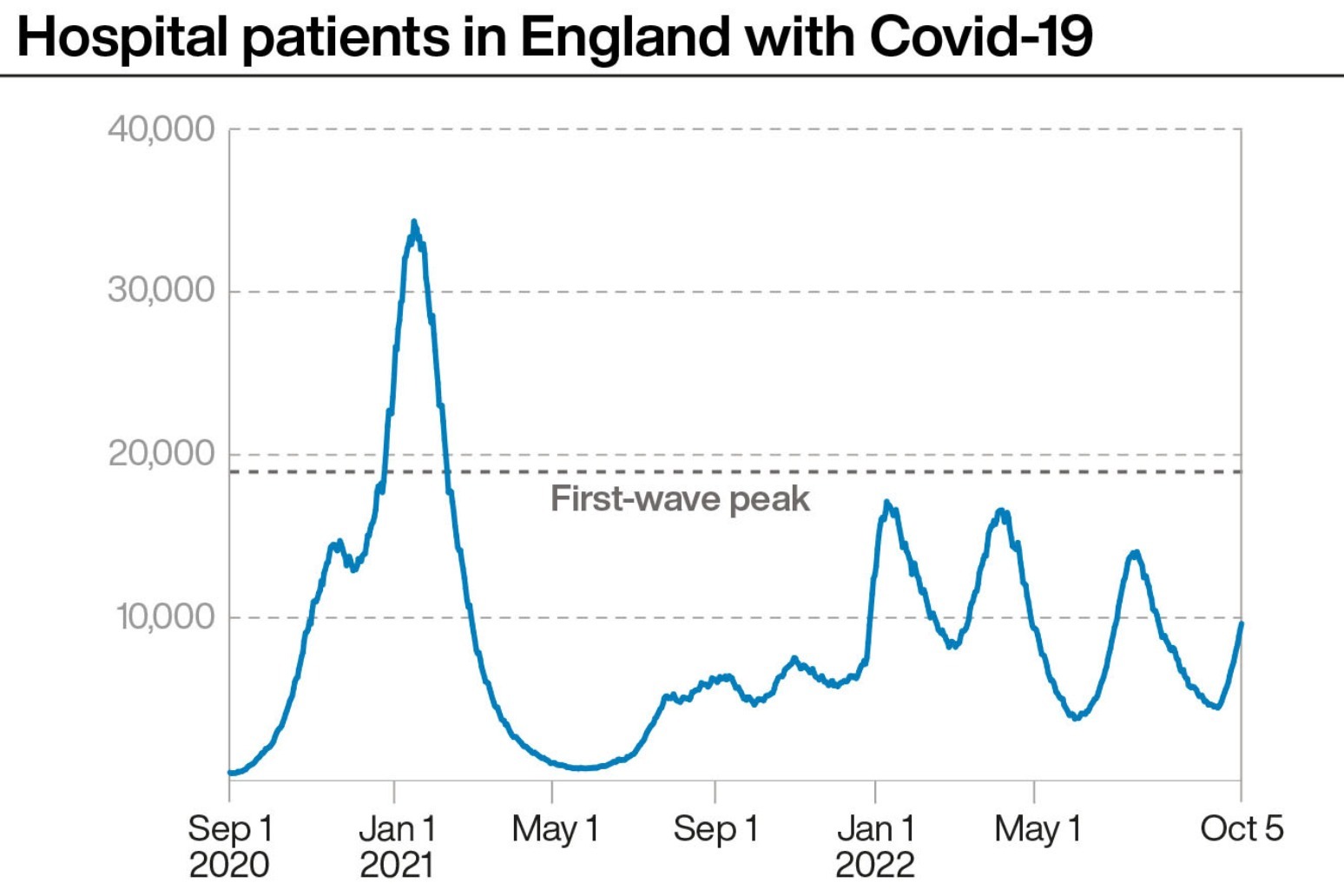 The number of hospital patients in England testing positive for Covid-19 has climbed to its highest level for two months.

A total of 9,631 people with coronavirus were in hospital as of 8am on October 5, according to NHS England.

Patient numbers topped 14,000 in mid-July at the peak of the wave of infections caused by the Omicron BA.4 and BA.5 subvariants of the virus, then fell steadily until mid-September.

Covid-19 hospital data is currently published once a week on a Thursday.

The latest figures show all regions are recording a steady rise in patients, with three regions back to levels last seen in late July.

South-west England currently has 1,003 patients who have tested positive for Covid-19, not far below its peak during the BA.4/BA.5 wave of 1,229.

All numbers remain well below those reached during the early waves of the pandemic, however.

About two-thirds of patients in hospital who test positive for Covid-19 are being treated primarily for something else.

But they need to be isolated from patients who do not have Covid, putting extra pressure on staff already struggling to clear a record backlog of treatment.

Figures published last week by the Office for National Statistics suggested that infections are on an upwards trend in England.

Infections in England peaked at 3.1 million during the summer BA.4/BA.5 wave.