Odd Socks and Sea Slug unmasked on The Masked Dancer 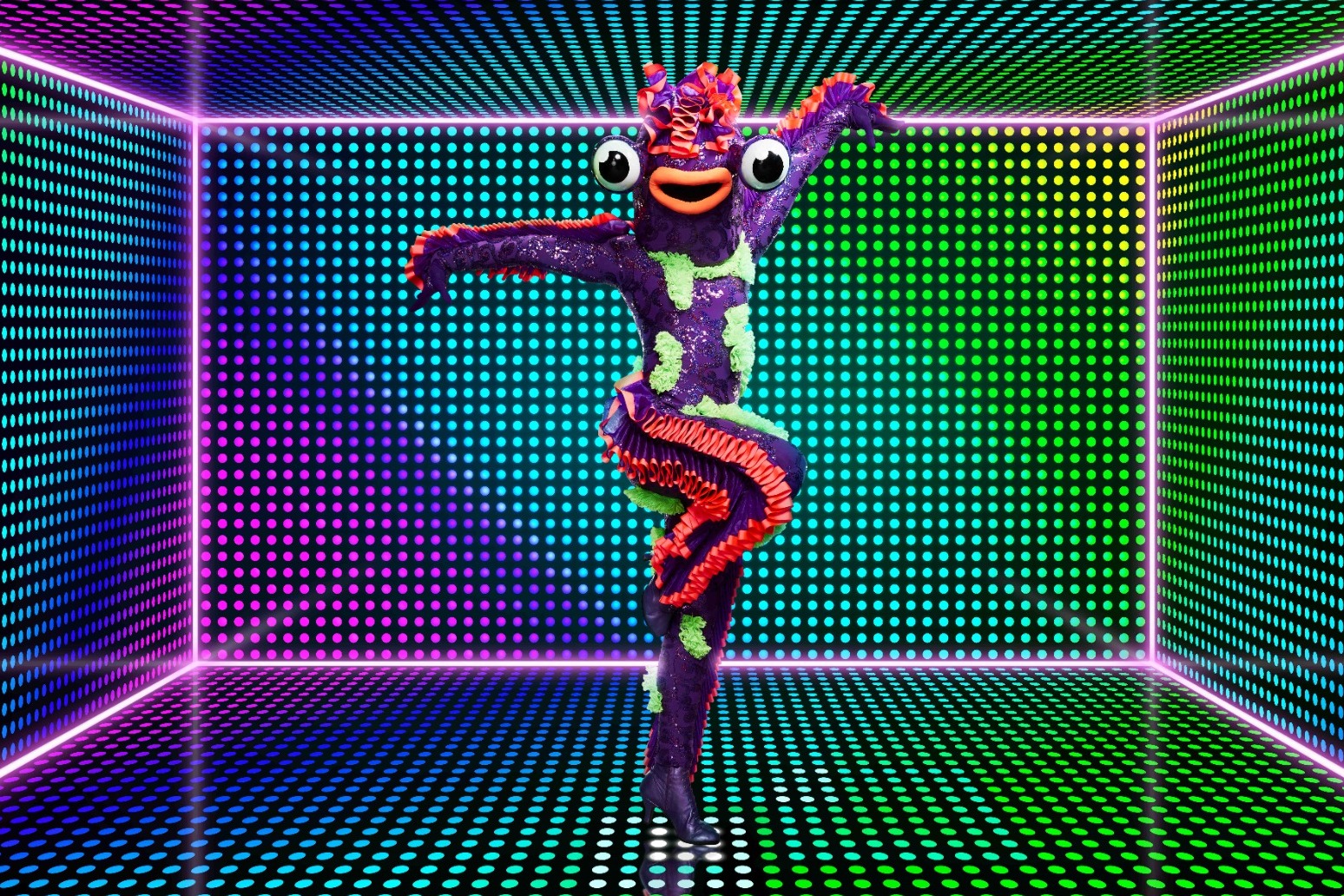 Girls Aloud star Kimberley Walsh and Olympic gold medallist Denise Lewis have been revealed to be Odd Socks and Sea Slug on The Masked Dancer.

Saturday evening’s episode of ITV’s mystery celebrity dancing show saw the singer and athlete lose out on a place in the show’s grand final.

Walsh, 40, was unmasked after the dance jam, after which host Joel Dommett revealed there had been a Girls Aloud nod in every single clue package.

After her reveal, Walsh said: “I did this for my kids, they love this show. They have no idea. I had to pick Odd Socks, I’m a mum of three boys, that’s my life.”

But added that keeping the secret had been difficult, she said: “That has been the most challenging part of doing the show – not being able to say a word.”

She also revealed she had not even told her husband and described herself as “the best student”.

After her unmasking, Walsh also said the process of keeping a secret had been tough, saying: “It’s the hardest thing ever! I’m so close to my family, I feel like I have been avoiding them for weeks.”

She revealed that she would love to see Beyonce behind one of the masks.

“Beyonce is my absolute top performer but I reckon she’d be guessed instantly whichever one she did,” she said.

Meanwhile Lewis said that she would love to see Jonathan Ross or Graham Norton take part in the show.

The two women also shared where they would wear their outfits for one last time if they were given the chance. Walsh opted for one of her son’s birthday parties, while Lewis chose Sloane Street’s shops.

Pearly King, Onomatopoeia and Scissors remain in the competition and will battle it out in next week’s grand final.

The Masked Dancer continues Saturdays at 6.30pm on ITV and ITV Hub.